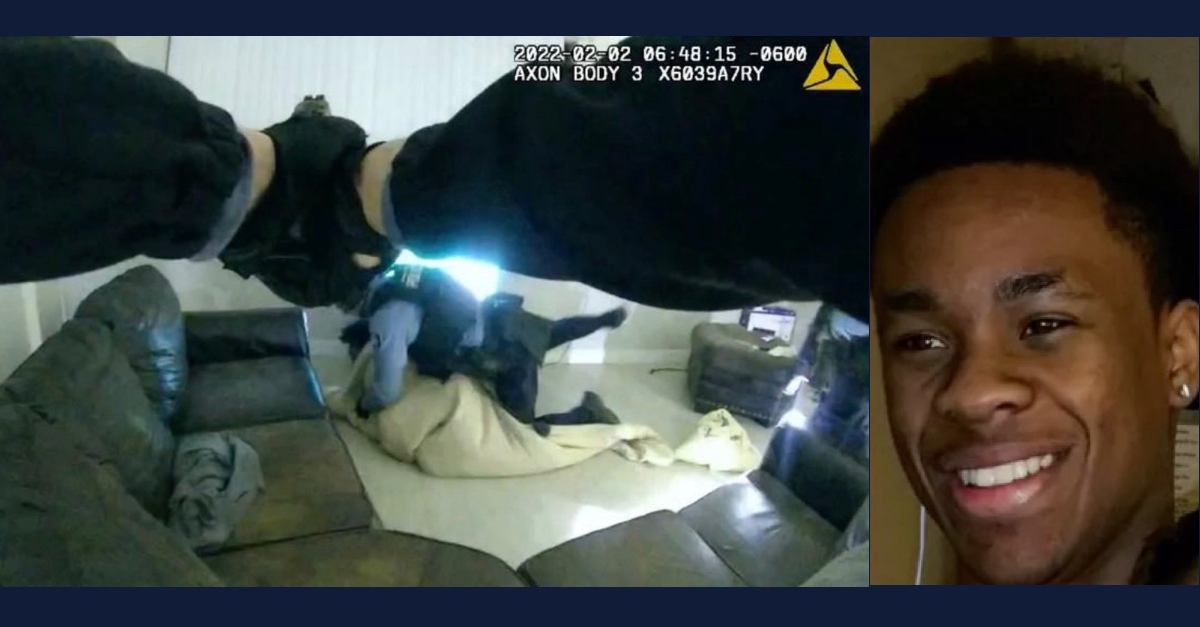 Law enforcement officials in Minnesota have announced that the police officer who shot and killed Amir Locke will not face criminal charges.

Body-worn camera footage shows Locke, who was on the couch at the time, under a blanket. He is seen moving and holding a handgun, at which point Hanneman shoots him.

Minnesota Attorney General Keith Ellison (DFL) said that it was not clear that Locke was intentionally pointing the gun at the officers.

The shooting death brought renewed calls for police accountability in a city already anguished by the murder of George Floyd while in police custody.

During a press conference Wednesday, attorney general Ellison and Hennepin County Attorney Michael Freeman said that three separate investigations concluded that prosecutors would not be able to get a guilty verdict against Hanneman.

“It would be unethical for us to file charges in a case in which we know we would not be able to prevail because the law does not support the charges,” Ellison added.

Investigations from Ellison’s office, Freeman’s office, as well as an independent expert all reached the same conclusion: prosecutors would not be able to prove, beyond a reasonable doubt, that Hanneman wasn’t justified in using deadly force under Minnesota’s current use-of-deadly-force statute.

Under that law, a statement from Ellison’s office said, “deadly force may be used only if an objectively reasonable officer would believe, based on the totality of the circumstances known to the officer at the time and without the benefit of hindsight, that such force was necessary to protect the peace officer or another from death or great bodily harm.”

The statement also said that prosecutors would be similarly unable to prove the guilt of any other officers involved in the actions that led to Locke’s death.

By repeatedly emphasizing that prosecutors would not be able to successfully charge Hanneman under current law, Ellison signaled that the best way to effect change is to change the laws themselves.

Ellison also called for a re-evaluation of the necessity and effectiveness of no-knock warrants, which allow police to enter certain premises without announcing themselves.

Such warrants have faced increased scrutiny following the death of Breonna Taylor, who was killed by police on March 13, 2020 during the execution of a no-knock warrant. A police sergeant testified at former Louisville police detective Brett Hankison’s wanton endangerment trial that the original no-knock warrant was actually briefed as a knock-and-announce.

Police were outside Taylor’s apartment in connection with an investigation to her ex-boyfriend. Taylor’s boyfriend, not knowing that it was law enforcement trying to get inside the apartment and believing they were being robbed, opened fire. Police shot back, and Taylor was shot eight times.

Hankison was the only officer charged in connection with the raid, but he was not charged in Taylor’s death. Instead, Hankison was accused of an endangering Taylor’s neighbors by firing bullets that hit their apartment. Hankison went on to be acquitted.

During Wednesday’s press conference, Ellison called the present situation “heartbreaking,” and implied that the Locke family may still have legal recourse.

Since Locke’s death, police have since arrested his 17-year-old cousin, who is charged with murder in the case at the heart of the botched search warrant.