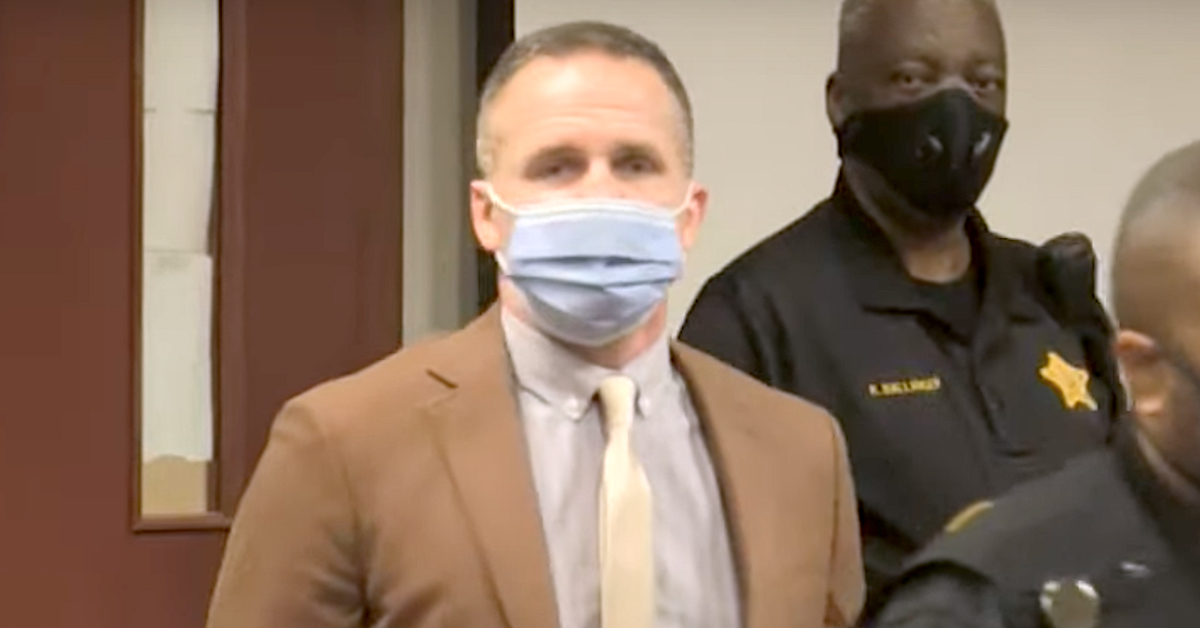 Brett Hankison appears in a screengrab from the Law&Crime Network just moments after his acquittal.

Hankison was among a group of police officers who fired a hail of bullets while serving a warrant at an apartment occupied by Taylor and her then-boyfriend Kenneth Walker, in connection with an investigation into Taylor’s ex-boyfriend Jamarcus Glover. Taylor was killed in the gunfire by Officer Myles Cosgrove, but her death was not the core of the case at bar. Rather, the case against Hankison was about whether the former law enforcement officer “blindly” fired a hail of ten bullets which endangered a man, a woman, and a child in a neighboring apartment unit, prosecutors alleged.

“You will hear that his bullets went through apartment four into apartment three and nearly hit Cody Etherton as he was walking down the hallway into the dining room of his apartment to see what was going on with the banging,” Assistant Attorney General Barbara Whaley said when the case commenced. “This case is about Cody and his partner Chelsea, who was seven months pregnant at the time, and their five-year-old son, who was sleeping in the bedroom closest to the front door—when the bullets ripped through the apartment and out their sliding glass door into the night.”

Walker said that he and Taylor were in bed watching television and did not hear officers knock on the door to execute a warrant on March 13, 2020. He said he fired his gun as a warning against who he assumed were intruders without knowing police were at the door. Instead, it was Hankison and other officers with a battering ram. Walker’s bullet reportedly hit Sgt. Jonathan Mattingly in the leg. Officers Cosgrove, Mattingly, and Hankison returned fire by shooting 32 times. Six of the officers’ bullets struck and killed Taylor.

As Law&Crime has previously noted, the authorities sought the no-knock warrant pursuant to a drug investigation.  They alleged that Taylor was receiving mail on behalf of ex-boyfriend Jamarcus Glover, whom they described as a suspect. The affidavit for the warrant claimed Glover made frequent trips to Taylor’s apartment, but when detectives arrived, Taylor was not with Glover. Rather, she was with Walker. No illicit items were found, and Taylor’s family said she was never involved with drugs.

Hankison sat in a courtroom chair and quivered as the not guilty verdicts were read.

“Not Guilty!” tweeted Mattingly after his former colleague on the force was acquitted. “Thank you Jesus!

Not Guilty! Thank you Jesus!

Watch the verdict below: