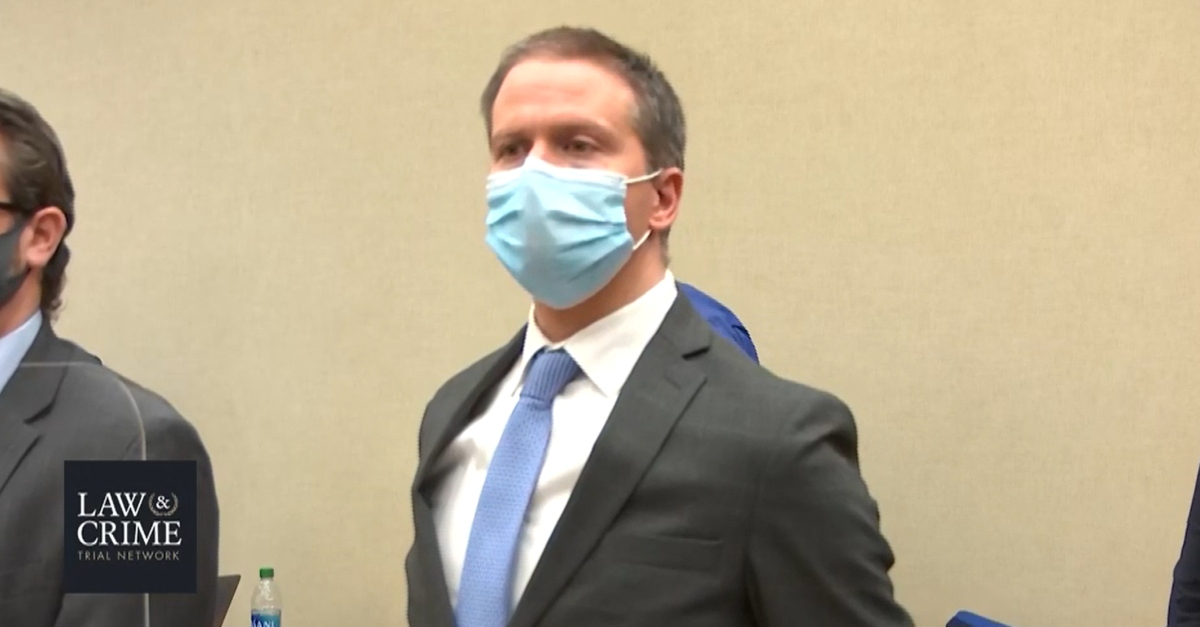 As seen on video, the defendant kneeled on the Floyd’s neck during an arrest for the alleged use of a counterfeit $20 bill at Cup Foods. Outraged bystanders pleaded with Chauvin to get off of Floyd, who was crying out in pain and becoming increasingly unresponsive. Chauvin continued restraining Floyd in that manner even after paramedics arrived. It was too late when authorities finally put the victim on the gurney.

“There was nothing there,” said prosecutor Steve Schleicher on Monday.

The state said that the kneeling went on for nine minutes and 29 seconds.

Defense lawyer Eric Nelson maintained that Chauvin acted reasonably under the circumstances. The defendant helped restrain Floyd, who was resisting officers Thomas Lane and J. Alexander Kueng, according to the defense’s point of view. Chauvin stayed on Floyd because angry bystanders created an environment that made it too potentially dangerous to perform CPR.

In rebuttals, prosecutor Jerry Blackwell dismissed the defense’s use of the phrase “reasonable officer,” saying that it was not a magic wand one could apply to Chauvin. The defendant, who had a gun, mace, and badge, was the one with the power there. Not the bystanders, who were watching a defenseless, helpless man losing his life right in front of them, the prosecution said. Schleicher said Chauvin would not get off the victim because of “ego-driven pride,” refusing to do what bystanders asked.

He maintained that Floyd was compliant with officers. The victim followed orders, and gave his name, even spelling it for them. Though Floyd refused to go inside the police vehicle, it was because he had anxiety and claustrophobia. The victim was big, but the squad car was not. It looked like a little cage, Schleicher said.

The state made much of the way police restrained Floyd. Floyd was prone to the ground and handcuffed behind his back. Nelson maintained that this was not an inherently dangerous act. The state, however, said it was absolutely was, and that this was meant to be a transitory position to handcuff a person. Officers should have put Floyd in a prone recovery position on his side to avoid the danger of positional asphyxiation, the state said.

Prosecutors highlighted testimony from Minneapolis Police Chief Medaria Arradondo, who said Chauvin violated department policy, and testimony from homicide detective Lt. Richard Zimmerman, who said he was never trained to kneel on the neck of a prone person because doing so was deadly force.

The state acknowledged that meth and fentanyl were found in Floyd’s system after his death, but prosecutors said that Chauvin’s actions were a substantial causal factor in Floyd’s death. They highlighted expert testimony that dismissed other causes of death, including a drug overdose, heart attack, or — as the defense would have it — a cardiac arrhythmia.

This final condition is what the defense settled on as Floyd’s cause of death.

“In my opinion, Mr. Floyd had a sudden cardiac arrhythmia [abnormal beating of the heart], or cardiac arrhythmia, due to his atherosclerotic and hypertensive heart disease–you can write that down multiple different ways–during his restraint and subdual by the police,” said Dr. David Fowler, former Chief Medical Examiner of Maryland. He noted major elements included fentanyl and methamphetamine in his system, and exposure to carbon monoxide from vehicle exhaust, and paraganglioma [a tumor].

Schleicher dismissed the paraganglioma, saying it maybe causes headaches. Blackwell said that no testimony mentioned whether the nearby police vehicle was running during the incident, and if it was, it would have been Chauvin’s fault for putting the victim there.

All told, Nelson asserted that Floyd died from a combination of issues, but he explicitly omitted the police action from the list of causes.

[Mugshot via Minnesota Department of Corrections]