Bodycam video released in the Sunshine State shows a Florida deputy firing his Taser at a woman in a Walmart after she ignored his repeated commands to drop a knife, authorities say.

The woman, identified by authorities Brandy Joe McGowan, 32, fell back stiff as a board, bouncing off clothing shelves and onto the floor. Authorities said that during the confrontation, McGowan had denied killing her family, but a Marion County Sheriff’s Office spokesman told Law&Crime they currently don’t think she was talking about anything that actually happened.

“After McGowan was arrested, it was discovered that she ingested approximately four grams of methamphetamine earlier in the day,” the sheriff’s office said in a Facebook post.

According to authorities, Deputy Christopher Witte arrived at the Walmart on South US Highway 441 last Wednesday afternoon in reference to McGowan threatening customers and store employees with a brick and knife.

In Witte’s probable cause affidavit, a manager said that McGowan opened a packet containing a pocket knife. He tried to take the packet from her, but she managed to open it and get the knife, he said. In his account, McGowan pointed the knife at the manager and told him he better stay back. She then walked to the clothing section as employees tried to calm her down.

As seen on video, Witte arrived at the scene and pulled a gun out on McGowan.

“Drop the knife now!” he yelled.

McGowan’s words are not entirely clear from the body cam footage, but according to the probable affidavit, she said she did not kill her family, and she also mentioned an unknown man named “Bill.”

“At this time, MCSO does not have any reason to believe that her remarks were related to an incident that actually occurred,” sheriff’s office Public Information Officer Zachary Moore told Law&Crime in an email.

In any case, McGowan did not drop the knife despite Witte’s repeated demands that she do so. Another officer–identified as Property Crimes Detective Pamela Thomas–arrived. McGowan turned to look at her.

“Detective Thomas arrives to assist, which provides Deputy Witte with the opportunity to switch to non-lethal force,” the sheriff’s office said in their post.

Witte switched to his Taser and stunned the distracted McGowan. 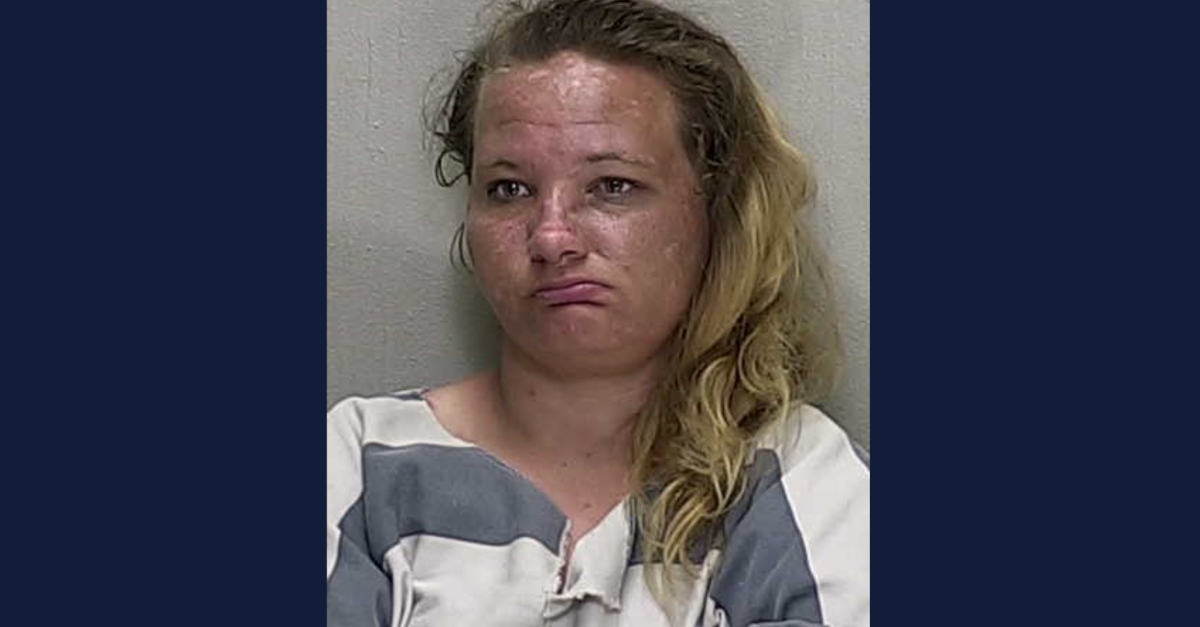 Authorities said they took the 32-year-old woman to a hospital for evaluation. She was booked into the Marion County Jail on Thursday, and is being held in lieu of a $1,000 bond. McGowan faces a count of aggravated assault with a deadly weapon without intent to kill. According to the probable cause affidavit, the store manager said that Walmart did not want to pursue retail theft charges.

McGowan is scheduled to appear in court in May. Online records do not show if she has an attorney.