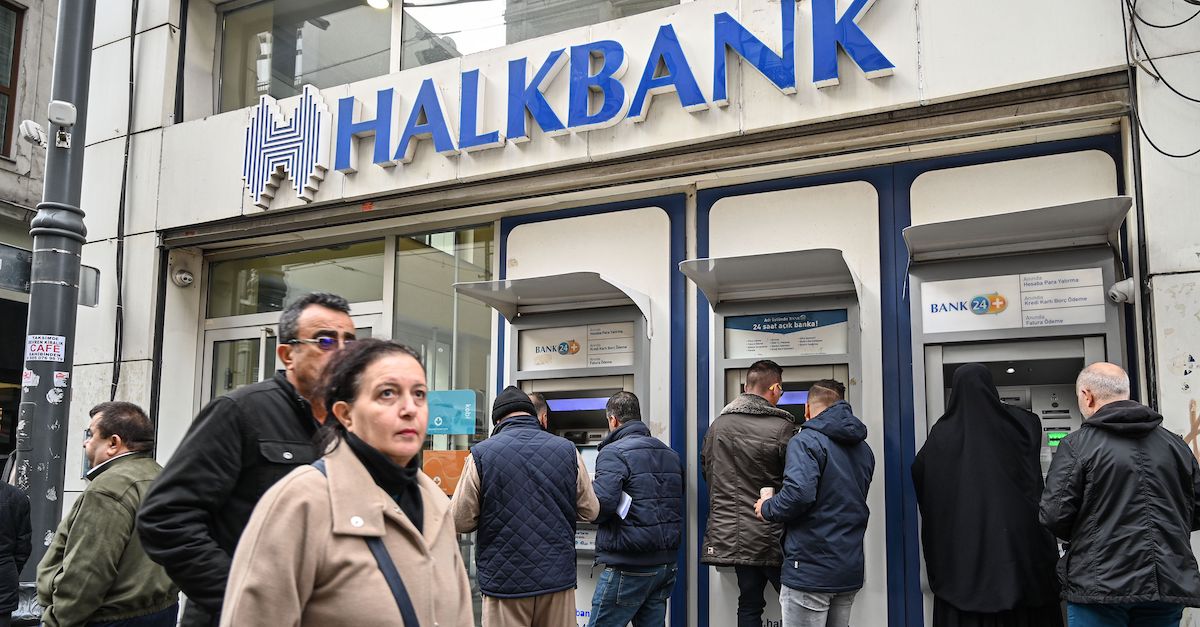 On Attorney General Merrick Garland’s first full day at the Department of Justice, the nation’s new top prosecutor has been asked to tend to unfinished business—shining a light on his predecessor’s alleged interference with a multibillion-dollar money laundering prosecution involving the Turkish government.

Since late 2019, Senator Ron Wyden (D-Ore.) has been investigating former President Donald Trump’s reported interference in the case against Turkey’s state-run Halkbank as a favor to Turkish strongman Recep Tayyip Erdogan. The probe began as when Wyden served as the Finance Committee’s top Democrat, and now he is the committee’s chair.

Wyden’s investigation has elicited revelations that ex-Treasury Secretary Steven Mnuchin met with top Turkish officials seven times, including Erdogan and his son-in-law Berat Albayrak, both of whom have been implicated in the scheme to violate U.S. sanctions against Iran.

Showing that his probe will carry over to a new administration, Wyden asked Garland to be more transparent than a predecessor whom he says stonewalled repeated requests for information.

“While the Department has failed to cooperate with my investigation, I will continue to seek answers as to why former Treasury Secretary Steven Mnuchin was directed by former President Trump to improperly intervene in a criminal investigation into the evasion of sanctions in response to a pressure campaign by the Turkish government, and whether Secretary Mnuchin sought to halt the investigation and prosecution of Halkbank or reduce any fines imposed by the Department of Justice,” Wyden told Garland in a 5-page letter on Thursday morning.

Garland was also sworn in on Thursday morning.

Judge Merrick Garland takes his oath of office as the 86th Attorney General of the United States as he is sworn in by Assistant Attorney General for Administration Lee Lofthus. pic.twitter.com/2nbizdpTFp

Garland enters into his position having made commitments to the Senate on the subject of transparency, winning high marks from press-freedom groups and promising to honor the Freedom of Information Act.

Initiated during the Obama presidency, the case against Halkbank traces its origins to the prosecution of Turkish playboy Reza Zarrab, a former Erdogan ally arrested five years ago for spearheading a scheme to launder Iranian oil money by disguising it as gold shipments, in an effort to avoid U.S. sanctions against Iran. Zarrab became a key cooperating witness for the U.S. government, but not before his attorney Rudy Giuliani tried to free him through an attempted prisoner swap that would have torpedoed his case.

Giuliani’s backchannel maneuvering, reminiscent of his so-called “shadow diplomacy” in Ukraine, “stunned” the federal judge presiding over the case, who found the machinations inconsistent with the former mayor’s rhetorical hard line on Iran.

Even after the conviction of Halkbank’s ex-manager Hakan Atilla in 2018, the case against the bank stagnated, amid whispers of Trump administration interference. Prosecutors finally unsealed an indictment against Halkbank on Oct. 15, 2019, as the Trump administration came under heavy criticism for letting Turkey invade traditional U.S. allies in northern Syria.

The New York Times would later report that the Southern District of New York, then under the stewardship of Geoffrey Berman, brought the case over the objections of Barr’s Main Justice.

Berman—like his predecessor Preet Bharara, who first brought the case against Zarrab—would later be fired by the Trump administration, for unclear reasons.

Listen to Law&Crime’s recent interview with Sen. Wyden about the Halkbank probe on the podcast “Objections”: