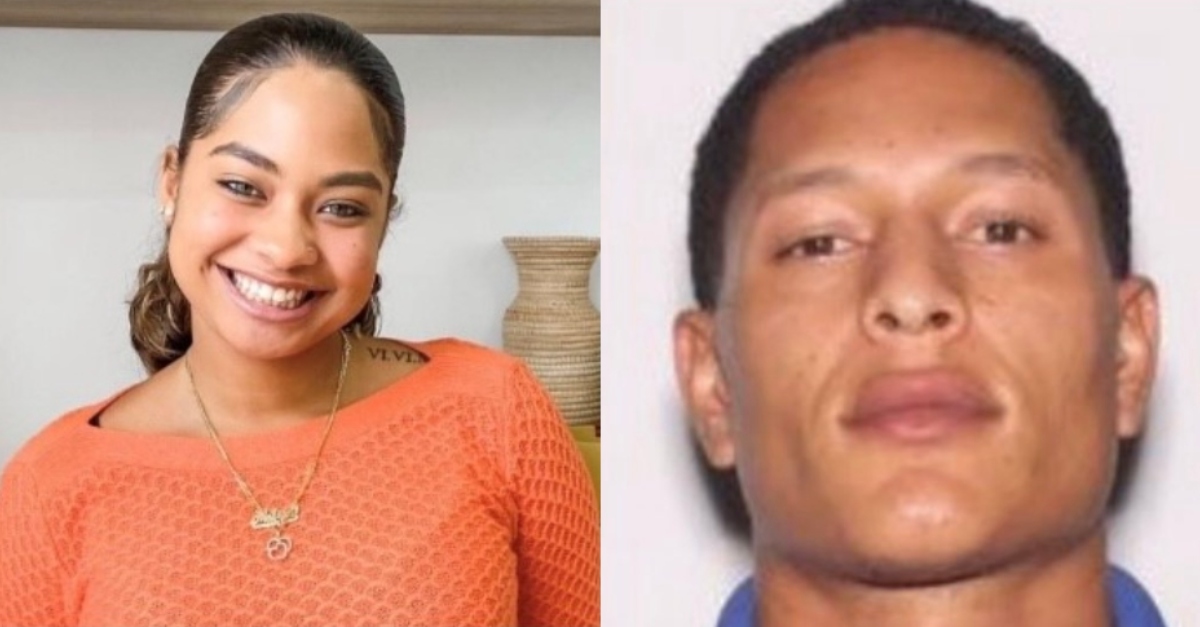 Miya Marcano‘s parents seek justice for her death, but now that the man who allegedly murdered her is dead himself, they are going after his employer.

In a lawsuit filed Monday, they claimed Arden Villas apartments was negligent in handling security concerns, and they were unresponsive in addressing her disappearance.

“At no time during the search for Miya did [Arden Villas manager Jessica Decker] or any of the Defendants attempt to reach out to Miya’s parents,” they wrote. “Had Decker made an effort to immediately confirm if anyone had entered Miya’s apartment, she could have possibly been found alive.”

As previously reported, Marcano, a tenant and office employee at the apartment complex, went missing after her work shift on Sept. 24. Orange County deputies got a burglary arrest warrant against her co-worker, maintenance man Armando Manuel Caballero, 27, because he used a master key fob to enter her apartment, said Sheriff John Mina.

The sheriff’s said Caballero had previously expressed romantic interest toward Marcano, but 19-year-old repeatedly turned down those overtures.

Authorities in neighboring Seminole County said maintenance workers at the Sabal Club apartments found Caballero hanging on Sept. 27 in a garage used for storing paint in what authorities described as an apparent suicide.

Investigators announced finding Marcano dead the following Saturday near the Tymber Skan apartments, where Caballero used to live. Her mouth was bound with black duct tape and she was also tied at her hands and feet, the sheriff said.

Authorities believe that Caballero broke into Marcano’s apartment, killed her, hid her body and then died by suicide. The nature of the murder rankled Arden Villas residents, who said they had concerns about security on the premises.

“Us not knowing who is entering our apartments or who has access to our apartments at any given time—We have to keep our guard up 24/7, and that’s not okay,” resident Eryn Rutherford told WESH in an Oct. 5 report.

According to the lawsuit, Marcano’s family realized something was wrong when they discovered she was not on her flight to Fort Lauderdale. She had planned to visit the city for the Annual Miami Carnival with them.

“Marcano had attended the Miami Carnival with her family since she was a young girl, and she would never miss the family event,” they wrote.

The last text Marcano sent was a message to her father.

“Love you too,” she wrote in a text clocked at 5:06 p.m. This was around the time deputies said she went missing.

According to the lawsuit, family called the Arden Villas emergency number when they could not get in touch with Marcano later that night, but they had never received a return call from the company, and they learned that the phone was not even working.

Plaintiffs assert that the apartment complex had a pattern of lax security and that these issues—including lack of cameras, policies and procedures—allowed Caballero to leave the complex undetected.

Complex management left Marcano in the dark about Caballero having a criminal background, a history of harassing women, and that he could have unsupervised access to her apartment, the lawsuit alleges. She was “extremely uncomfortable” about getting interest from the much older man, the complaint said. She had also expressed her worries to employees about security at the complex, and her parents were worried Decker did not take the employees’ and tenants’ safety concerns very seriously, according to the lawsuit.

“Management at the Arden Villas had a reputation for ignoring the complaints made by both tenants and employees,” they wrote.

The Arden Villas apartments and parent company The Preiss Company did not immediately respond to a Law&Crime request for comment.

Through an attorney, Marcano’s family has also voiced frustration with the sheriff’s office and criticized the investigation. They took issue with the heavily redacted police report, and said that a deputy passed up on the opportunity to arrest Caballero when he had the chance and evidence to do so.

Mina has said that authorities lacked probable cause to immediately arrest Caballero.

“I understand this family has been through unimaginable pain and loss,” he said in an Oct. 8 report from WFLA.