Father of Young Boy Found Tied Up and Stuffed in Freezer in Garage Charged With Murder, Denied Bond 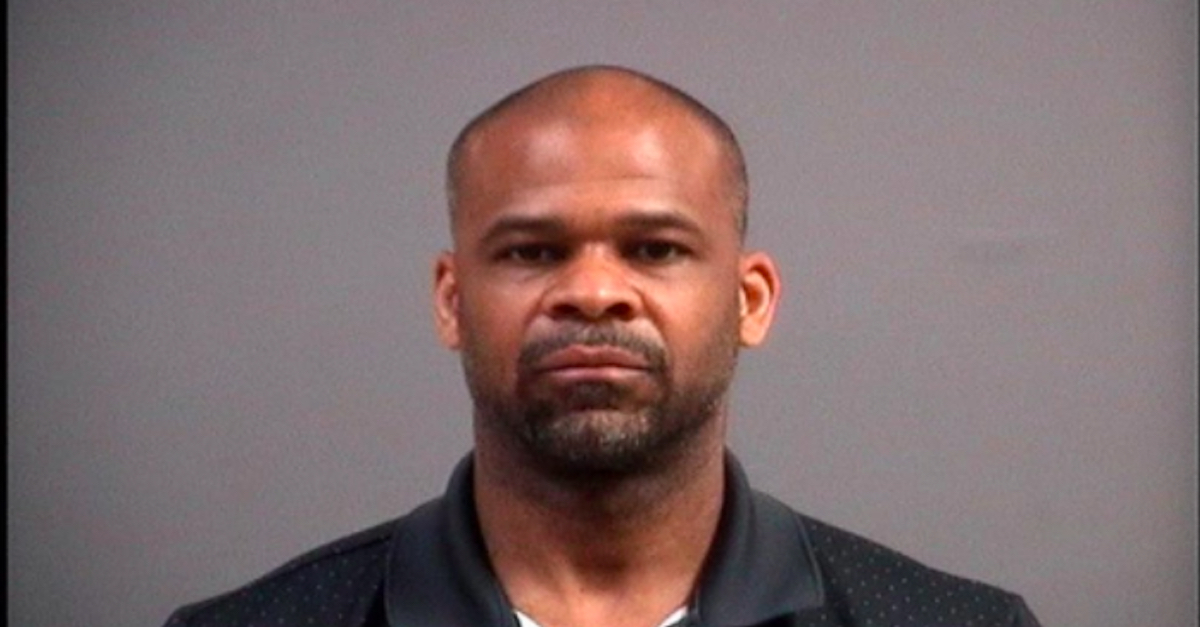 The father of a little boy whose remains were found hidden in a freezer has been arrested in connection with the child’s death just months after he was released on charges of conspiring to conceal a body.

A judge in Chesterfield, Va. on Monday denied bond for 49-year-old Kassceen Weaver, who on Friday was brought up on charges of felony murder, aggravated malicious wounding, felony child abuse, and neglect in the death of his son Eliel Adon Weaver, Richmond ABC affiliate WRIC reported. Police have not released the child’s exact age but did say he was under the age of five at the time of his death.

Approximately a month after police in May found Eliel’s body stuffed in a freezer in their home’s garage, Weaver and his wife, Dina D. Weaver, 48, were arrested and charged with conspiracy to conceal a body and failing to render aid to a child. Kassceen was also charged with malicious wounding a female and domestic assault and battery in relation to Dina, who authorities said “was manipulated by her husband and suffered years of abuse” at his hands. They were both subsequently released after posting bond.

Appearing for his preliminary hearing in Chesterfield Juvenile and Domestic Relations District Court on Friday, Kassceen’s attorney reportedly argued that there was insufficient evidence to prosecute his client on the initial charges, claiming there was no evidence of malicious intent or that he was personally responsible for concealing the boy’s body. The judge ruled in his favor, dismissing the charges of malicious wounding and conspiracy to conceal.

Prosecutors with the Chesterfield Commonwealth Attorney’s Office also abandoned the remainder of the initial charges and instead indicted Kassceen on the new spate of charges.

As previously reported by Law&Crime, court records show that the investigation into the Weavers began when Dina’s brother called the police and reported “concerns” he had with his sister being in “a domestic violence situation.” Dina’s brother also reportedly told police that Dina had spoken to him about her “deceased son” and mentioned in May that the child had died some two years ago. Based on that information, investigators were able to obtain a search warrant for the home.

According to WRIC, prosecutors on Friday provided new details into what investigators found when they searched the Weaver’s home.

“Authorities recalled searching multiple freezers in the garage of the Weavers’ home. There they found a box deep inside one of the freezers that they believed to be human remains,” the report states. “Police testifying in court said the child’s remains were tied up with twine, wrapped in adult clothing and a sheet and then stored inside of a bag. The bag was placed inside of a sealed plastic container.”

Investigators also reportedly said that they involved the Medical Examiner’s Office because “the smell from inside the container was indicative of human remains.”

In an email to Law&Crime, Karen Leonard, the Records Administrator for the Chesterfield County Police Department, said the department could not release any documents associated with the latest charges against Kassceen because it may “interfere with the investigation and prosecution” of the case.

Kassceen’s defense attorney, Ali J. Amirshahi, did not immediately respond to an email from Law&Crime inquiring about the latest charges, denial of bond, and possible defense strategy.