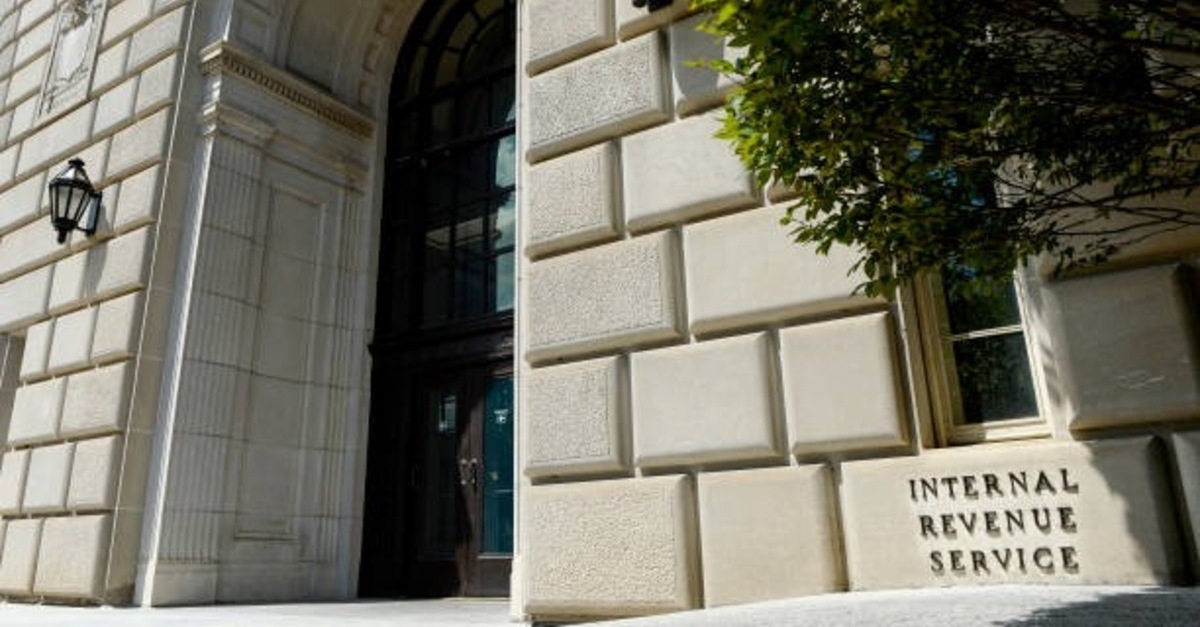 Law&Crime reached out to the Treasury Inspector General (OIG) to ask if it had any comment about the claim made by an apparent second whistleblower — this one working for the IRS — who alleged that President Trump and/or other figures in the Trump White House have attempted to interfere with the agency’s mandatory presidential audit system. Law&Crime also asked if Treasury’s OIG could confirm whether it was referred a whistleblower complaint.

A TIGTA spokesperson responded by saying that TIGTA could not confirm or deny the existence of said complaint, nor the receipt thereof:

The whistleblower, a career official at the IRS, confirmed in an interview with The Washington Post this week that he had filed a formal complaint and sent it to the tax committee chairs in both houses of Congress, including Sen. Charles E. Grassley (R-Iowa), and to the Treasury Department Inspector General for Tax Administration on July 29.

And, according to the Post, the whistleblower’s complaint alleges that a political appointee at the Treasury Department—or political appointees, plural—improperly communicated with officials in the IRS to determine the status of President Trump’s or Vice President Mike Pence’s tax returns.

These allegations of impropriety were briefly documented in an August court filing which largely went under the radar as the media focused on Trump’s original—Ukrainian—whistleblower controversy. That court filing was just one of many legal salvos in the long running effort by House Democrats to force the 45th president’s tax returns out into the open.

And while the courts haven’t been particularly amenable to the request for Trump’s tax returns, House Ways and Means Chair Rep. Richard Neal (D-Mass.) has managed to make some news by dropping the IRS whistleblower evidence into his publicly-filed requests.

A letter on House stationary accompanied the August filing and provided additional context:

On July 29, 2019, the [Ways and Means] Committee received an unsolicited communication from a Federal employee setting forth credible allegations of “evidence of possible misconduct”-specifically, potential “inappropriate efforts to influence” the mandatory audit program. This is a grave charge…

The letter from Neal is addressed to Treasury Secretary Steve Mnuchin and notes that House Democrats have been aware of alleged audit gamesmanship by the Trump White House since at least May of this year. Those concerns, Neal says, were repeatedly raised with IRS officials—including IRS Commissioner Charles Rettig—and repeatedly denied as “unfounded.”

Mnuchin, for his part, issued a denial of sorts—on narrow grounds—and forwarded Neal’s concerns about undue influence over the audit program to the Treasury OIG. A specific request from Neal for “rolling production of documents and communications of specified Treasury and IRS employees” was declined.

Mnuchin’s refusal to acknowledge the IRS whistleblower now tracks with OIG’s official, on-the-record response. There may or may not be an IRS whistleblower, but if there is, hypothetically, they’re taking the whistleblower’s concerns seriously and they cannot talk about them because of privacy concerns.

In a message to Law&Crime he explained:

Under the guise of “national security,” or some “cognizable privacy interest” federal agencies often deny requests for information under FOIA using what’s called a “Glomar” response, which is named after a submarine, for some reason. The provision allows federal agencies to “neither confirm nor deny” the existence of records, which encapsulates perfectly the government’s commitment to operating with transparency, accountability, and fairness.

Law&Crime reached out to Rep. Neal’s office for comment on this story, but no response was forthcoming at the time of publication.