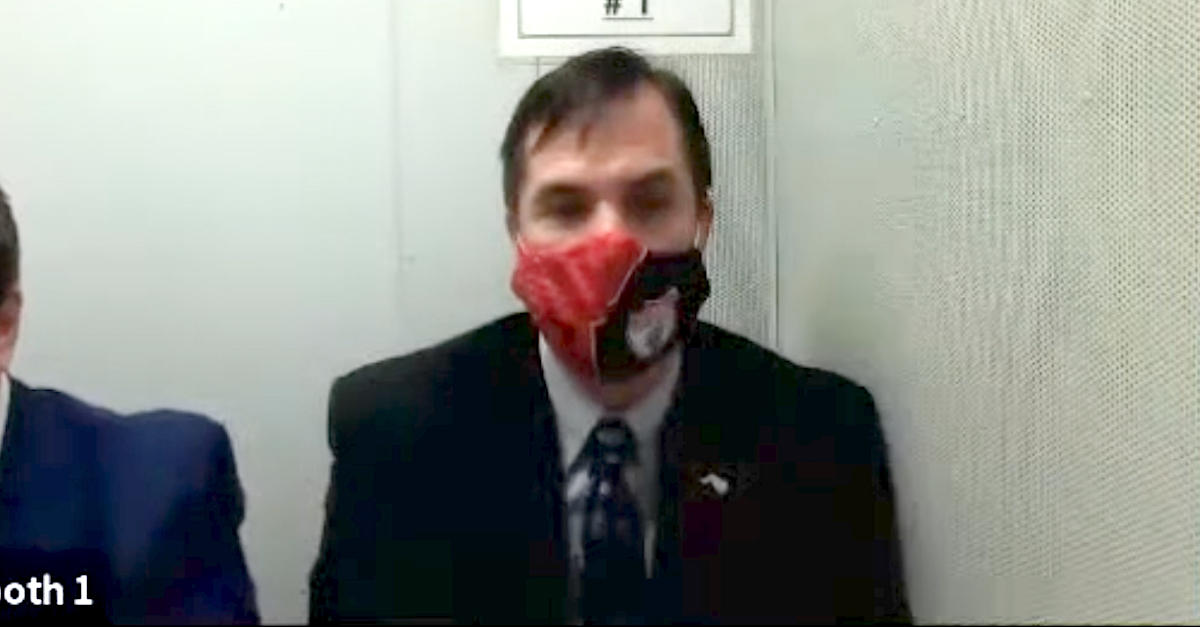 Former Michigan Director of Health and Human Services Nick Lyon has been charged with nine felony counts of involuntary manslaughter in connection with his alleged role in a water crisis in the City of Flint. Lyon pleaded “not guilty to all counts” through his attorney during a live-streamed court hearing Thursday morning before Judge Elizabeth Kelly of Michigan’s 7th Judicial Circuit Court. The case is being prosecuted by the office of Michigan Attorney General Dana Nessel.

Under Michigan law, involuntary manslaughter carries a maximum penalty of up to 15 years in prison and a $7,500 fine.

Lyon is also charged with one lesser count of willful neglect of public duty under Michigan public health code. That charge is a misdemeanor which carries up to one year in jail and a $1,000 fine.

An attorney for Lyon waived a formal reading of the charges and the potential penalties; however, the judge read the indictment into the record.

Lyon told a researcher and professor that “we can’t save everyone, everyone has to die of something” — or “something similar to that” — according to a preliminary examination of the professor, Advance Publications’ MLive.com reported.

The defense attorney continued to extoll Lyon’s connections to the state and his lack of departure therefrom during previous criminal and civil litigation regarding the water crisis.

The defense also pointed out that the Michigan Attorney General’s office represented Lyon during civil cases related to the disastrous Flint water situation and successfully secured Lyon’s dismissal from those matters.  Now, the A.G.’s office is on the other side of the aisle, leading the charge to criminally indict and convict Lyon.

The prosecutor from the A.G.’s office asked for a $200,000 cash surety bond but agreed that Lyon has appeared at all previous civil and criminal proceedings.  The prosecutor also asked that Lyon surrender his passport and have no other contact with other defendants.

The defense said Lyon had a right to defend himself and should be able to discuss his case with other defendants.

Judge Kelly noted the more serious nature of this case compared with previous and agreed with the A.G.’s office’s request for a $200,000 bond.

A news conference is scheduled for later Thursday morning from the attorney general’s office to discuss the case.

Former Michigan Gov. Rick Snyder was also arraigned Thursday on two misdemeanor counts of willful neglect of duty.  His personal bond was set at $10,000, and he is not allowed to leave the state while the case winds through the system.  His next hearing is set for Jan. 19th.

Flint officials, acting during a financial crisis, decided to use water from the Flint River to service the city’s water system while a pipeline was under construction to bring cleaner water to the city from Lake Huron.  The water released lead contained in plumbing systems and also led to at least 90 cases of Legionnaires’ disease.  At least twelve people died.