Trump Supporter Called Out Sick from Work to Go to the Nation’s Capital. Now He’s Facing a Federal Charge. 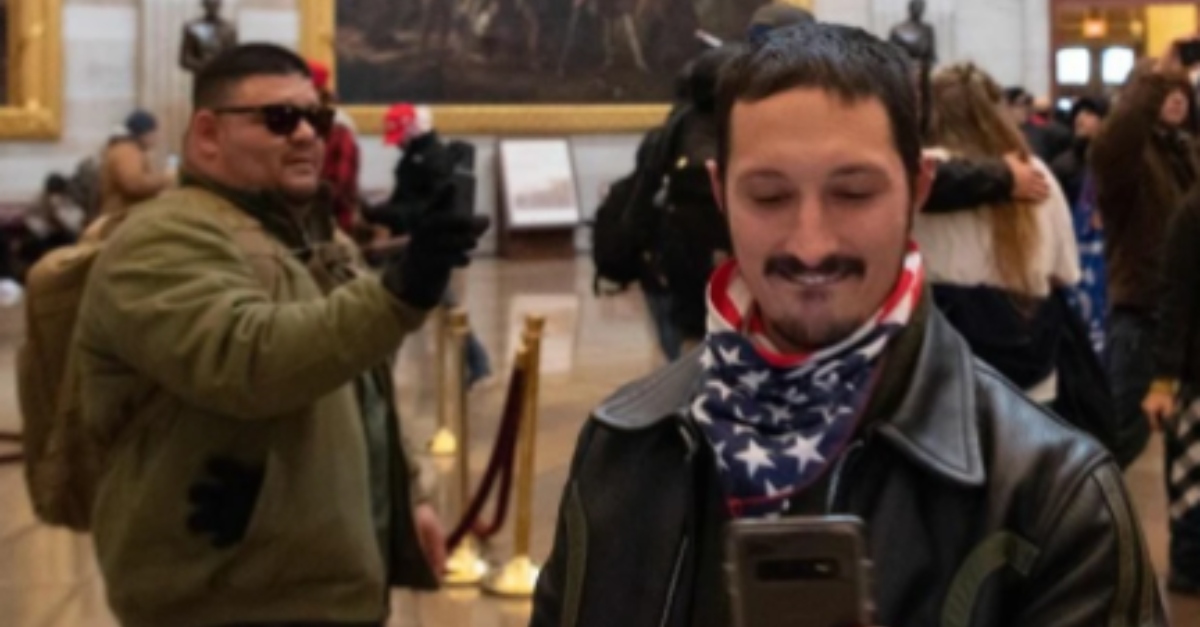 A 31-year-old man from New York called out of sick from work to support President Donald Trump last week, but he’s the one who’s going to foot the bill. William Pepe, who was already suspended from the state’s Metropolitan Transportation Authority, was arrested in New York City on Tuesday, according to The Department of Justice.

Supporters of President Trump stormed the Capitol Building last Wednesday after POTUS whipped the crowd into a frenzy at a rally, where he uttered the same completely baseless claims that the 2020 presidential election was stolen from him.

Chaos ensued. Trump supporter Ashli Babbitt, 35, was shot and killed by Capitol police. Three others–Rosanne Boyland, 34, Kevin Greeson, 55; and Benjamin Phillips, 50–died from what cops described as “medical emergencies.” The death of Capitol police officer Brian Sicknick is being investigated as a possible murder as he was allegedly struck with a fire extinguisher. A second Capitol police officer, Howard Liebengood, died by suicide on Saturday. Christopher Stanton Georgia, a 53-year-old Georgia man who was arrested in D.C. on Jan. 6, also died by suicide over the weekend.

D.C. Metro police released pictures of the scene in their attempt to identify and find intruders. This is supposed to be Pepe on the bottom right, using a phone in the Capitol Building when he was not supposed to be there:

In their account of events, federal investigators noted that the MTA suspended Pepe from work after it turned out he had been using a sick day to make time for his D.C. trip. From documents:

The Federal Bureau of Investigation, New York Field Office, confirmed through a MTA Task Force Officer that PEPE was in fact an employee of MTA and that PEPE used sick leave for the day PEPE was photographed in the United States Capitol. Further, PEPE was identified by MTA employees using the photograph included in this Statement of Facts. PEPE is a MTA employee assigned to the Mechanical Department as a Laborer in the Brewster Yard in New York.

Pepe is charged with one count of knowingly entering or remaining in any restricted building or grounds without law authority. It is unclear if he has an attorney in this matter.