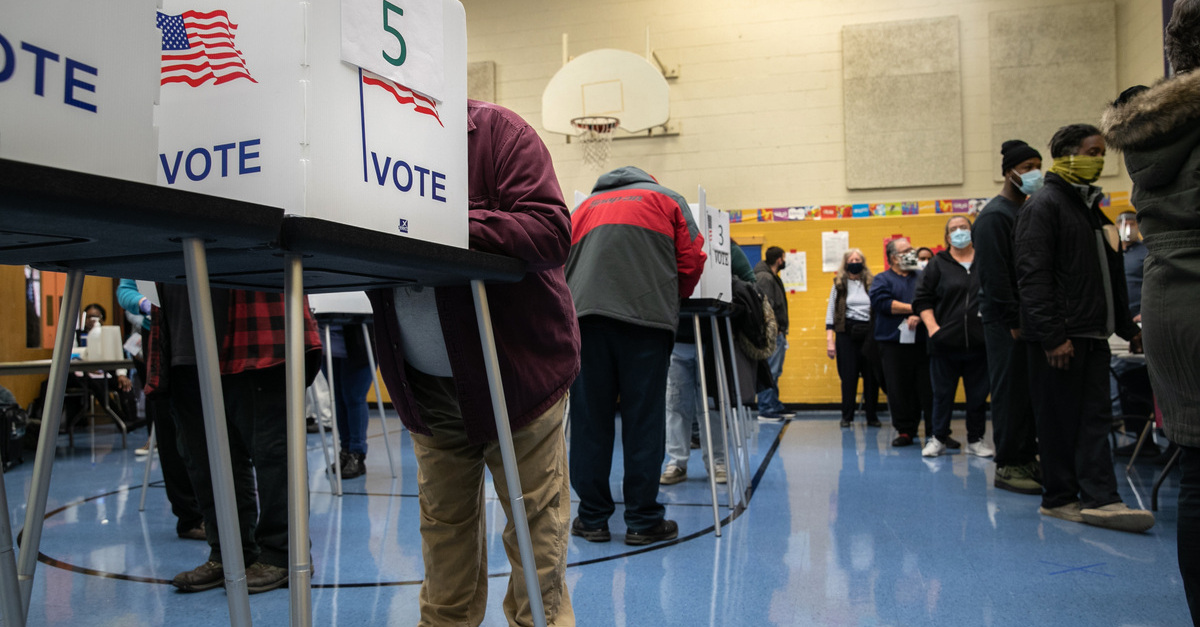 Attorney General Dana Nessel (D), whose office successfully fought off attempts to overturn the election results in Michigan, said that the prosecutions show that her office will not hesitate to clamp down on alleged voter fraud — when the claims behind them are not phantasmal.

“These cases highlight the scrutiny applications and ballots undergo throughout the election process, as well as the thorough investigative process that ensues when instances of attempted fraud are suspected,” Nessel said. “I appreciate our partners at the Department of State and Michigan State Police who brought these cases to us. These collaborative investigations assist in maintaining the integrity of our elections. We will not hesitate to prosecute anyone who attempts to undermine our elections.”

“Our election system is secure, and today’s charges demonstrate that in the rare circumstances when fraud occurs we catch it and hold the perpetrators accountable,” Benson said. “These charges also send a clear message to those who promote deceitful claims about widespread fraud: the current protocols we have in place work to protect and ensure the integrity of our elections. It’s time to share that truth and stop spreading lies to the contrary.”

Prosecutors claim that Rainey worked at the Father Murray Nursing Home in Macomb County and forged the signatures of residents on absentee voting applications.

Rainey faces three counts of election law forgery and three counts of forging signature on absentee ballot applications in Macomb County’s 37th District Court. Each of these counts is a maximum five-year felony.

Prosecutors claim that Clark filled out, signed and returned her grandson’s absentee ballot, even though he decided to vote in person.

“Clark admitted to signing her grandson’s absentee ballot because she was concerned he would not have time to vote on Election Day,” the press release states.

She is charged in Wayne County’s 36th District Court with impersonating another to vote, a possible four-year felony, and a count of election law forgery, a possible five-year felony.

The final case sprang from an investigation focusing on applications for absentee ballots signed with an “X” and requesting ballots to be sent to the business address of Guardian and Associates in Oak Park.

Williams, one of the guardians there, “developed and implemented a plan to obtain and control absentee ballots for legally incapacitated persons under her care by fraudulently submitting 26 absentee ballot applications to nine identified city and township clerks,” prosecutors say.

“She also submitted separate voter registration applications for each person – all without knowledge, consent or understanding of the person under her care,” the press release states.