‘This Case Was Never About Fraud’: Federal Judge Refers ‘Kraken’ Attorneys, Including Lin Wood and Sidney Powell, for ‘Possible Suspension or Disbarment’ 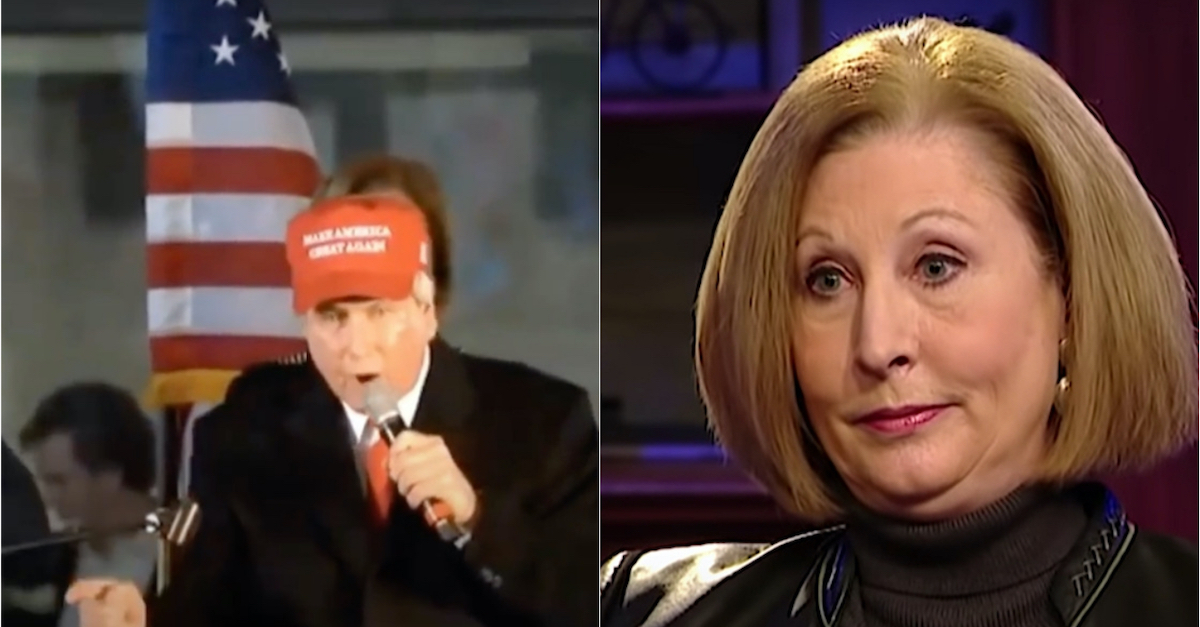 A federal judge sent a strong message to each of the so-called “Kraken” lawyers behind litigation to upend the 2020 election, ordering that they be referred for a professional conduct investigation and “possible suspension or disbarment.” The attorneys include pro-Trump lawyers Lin Wood and Sidney Powell.

“A Historic and Profound Abuse of the Judicial Process”

Full of indignation and spanning 110 pages, U.S. District Judge Linda Parker‘s ruling reads like a treatise on the judiciary’s role in protecting the democratic process.

“This lawsuit represents a historic and profound abuse of the judicial process,” Judge Parker wrote in her opinion and order. “It is one thing to take on the charge of vindicating rights associated with an allegedly fraudulent election. It is another to take on the charge of deceiving a federal court and the American people into believing that rights were infringed, without regard to whether any laws or rights were in fact violated. This is what happened here.”

More than half a year ago on Dec. 7, Judge Parker decisively rejected Powell and Wood’s effort to overturn President Joe Biden’s victory in Michigan in a scathing, 36-page ruling.

“Plaintiffs ask this court to ignore the orderly statutory scheme established to challenge elections and to ignore the will of millions of voters,” Parker wrote. “This, the Court cannot, and will not, do.”

Parker’s pronouncement was similarly unequivocal that “this case was never about fraud,” a phrase she emphasized in italics.

“[I]t was about undermining the People’s faith in our democracy and debasing the judicial process to do so,” she added, in her own emphasis.

“While there are many arenas—including print, television, and social media—where protestations, conjecture, and speculation may be advanced, such expressions are neither permitted nor welcomed in a court of law,” she added in her ruling. “And while we as a country pride ourselves on the freedoms embodied within the First Amendment, it is well-established that an attorney’s freedom of speech is circumscribed upon ‘entering’ the courtroom.”

“Haze of Confusion, Commotion, and Chaos”

Though the most well-known faces of the “Kraken” litigation—named after the mythical, octopus-like monsters dramatized in “Clash of the Titans”—Wood and Powell are the not the only attorneys whose law licenses may be in trouble as a result of the ruling. Parker also asked disciplinary committees to investigate Julia Haller, Emily Newman, Brandon Johnson, Howard Kleinhendler, Scott Hagerstrom, Gregory Rohl, and Stefanie Lynn Junttila in their home states. Haller and Newman were former Trump officials, serving in Housing and Urban Development and Homeland Security, respectively. Kleinhendler has taken up multiple causes of the political right after the election, which were ripped apart by federal judges. His lawsuit against Major League Baseball over the cancellation of the All-Star Game also fell flat.

The ruling skewers each of the lawyers as having violated their oaths.

“Indeed, attorneys take an oath to uphold and honor our legal system,” Parker wrote. “The sanctity of both the courtroom and the litigation process are preserved only when attorneys adhere to this oath and follow the rules, and only when courts impose sanctions when attorneys do not. And despite the haze of confusion, commotion, and chaos counsel intentionally attempted to create by filing this lawsuit, one thing is perfectly clear: Plaintiffs’ attorneys have scorned their oath, flouted the rules, and attempted to undermine the integrity of the judiciary along the way.”

That some sanctions were in store for the “Kraken” lawyers was evident during a six-hour hearing in July, when Parker systematically grilled the attorneys on their work verifying affidavits submitted in court. Those included anonymous affidavits by a witness code named “Spyder” and a so-called intelligence expert, both later unmasked by the Washington Post in stories reporting they inflated their credentials. Time and again during the hearing, attorneys like Lin Wood tried to distance themselves from the case rather than claim to have performed any work verifying the allegations.

The “Kraken” Litigation and the Jan. 6th Siege

The sanctions motion that Judge Parker granted came at the request of Detroit’s lawyer David Fink, who detailed his strategy of “caging the Kraken” on Law&Crime’s podcast “Objections: With Adam Klasfeld.”

Celebrating the ruling in an email, Fink told Law&Crime: “This ruling sends a powerful message to attorneys everywhere—follow the rules, stick to the truth, or pay a price. Lawyers will now know that there are consequences for filing frivolous lawsuits.”

Those consequences will be both professional and financial in the form of attorney fees.

“This ruling means that attorneys can be held accountable for using the courts to broadcast false information, and, hopefully, it lets the world know that there was no basis for this lawsuit, and the big lie that this election was stolen has been rejected,” Fink noted.

Filed on Jan. 5, the sanctions motion against the “Kraken” fatefully landed in federal court a day before the siege of the U.S. Capitol. Fink did not fail to point out that detail, and Parker appeared to connect the two events in criticizing the “Kraken” team persisting in the litigation after the pro-Trump riot.

“Plaintiffs’ lawyers brazenly assert that they ‘would file the same complaints again,'” her ruling notes. “They make this assertion even after witnessing the events of January 6 and the dangers posed by narratives like the one counsel crafted here. An attorney who willingly continues to assert claims doomed to fail, and which have incited violence before, must be deemed to be acting with an improper motive.”

Parker continued to connect the messaging with the assault on the Capitol.

“Once it appeared that their preferred political candidate’s grasp on the presidency was slipping away, Plaintiffs’ counsel helped mold the predetermined narrative about election fraud by lodging this federal lawsuit based on evidence that they actively refused to investigate or question with the requisite level of professional skepticism—and this refusal was to ensure that the evidence conformed with the predetermined narrative (a narrative that has had dangerous and violent consequences),” her ruling states. “Plaintiffs’ counsel’s politically motivated accusations, allegations, and gamesmanship may be protected by the First Amendment when posted on Twitter, shared on Telegram, or repeated on television. The nation’s courts, however, are reserved for hearing legitimate causes of action.”

“Undermine the Institutions That Uphold Our Democracy”

Parker also ordered that the attorneys pay fees, which Fink requested to raise the cost of their legal offensive.

The judge “FURTHER ORDERED” the “Kraken” lawyers to complete (and pay for) continuing legal education courses on “pleadings standards” and election law:

Plaintiffs’ attorneys shall each complete at least twelve (12) hours of continuing legal education in the subjects of pleading standards (at least six hours total) and election law (at least six hours total) within six months of this decision. Any courses must be offered by a non-partisan organization and must be paid for at counsel’s expense. Within six months of this decision, each attorney representing Plaintiffs shall file an affidavit in this case describing the content and length of the courses attended to satisfy this requirement.

Powell did not immediately respond to emails requesting comment, and Wood referred comment to his attorney Paul Stablein.

In the past, Wood and Powell have tried to discredit Judge Parker with a political attack, noting that Barack Obama appointed her. Parker replied to that messaging in a footnote.

“Plaintiffs’ counsel and their counsel have suggested that this Court’s handling of these proceedings and any resultant decision can be expected based on the President who appointed the undersigned,” Parker wrote. “This is part of a continuing narrative fostered by Plaintiffs’ counsel to undermine the institutions that uphold our democracy. It represents the same bad faith that is at the base of this litigation.”

She added that “all federal judges, regardless of which President appoints them, take oaths affirming that they will ‘faithfully and impartially discharge’ their duties” and “uphold and protect the Constitution of the United States.”

Judges appointed by Obama, Trump, and Bush have all rejected “Kraken” lawsuits, in district and appellate courts. A Supreme Court dominated by a conservative super-majority declined to hear their case.

Listen to Detroit’s lawyer on his sanctions motion that led to today’s ruling:

[Screenshot of Wood via WSB-TV; Photo of Powell via Fox News Channel/YouTube]