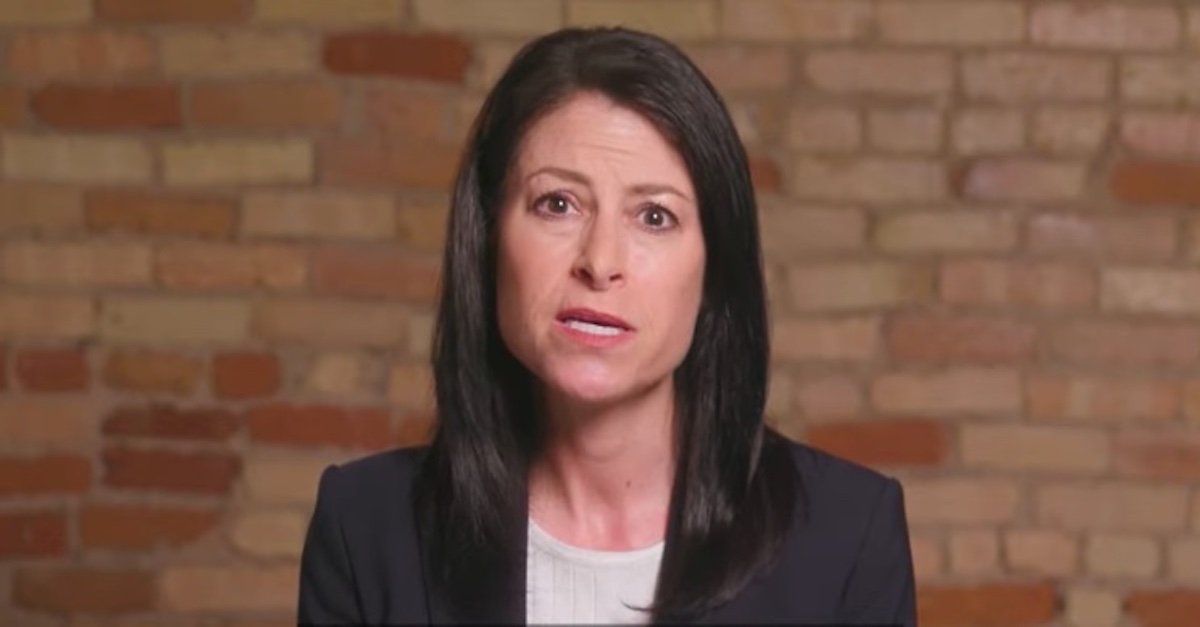 Michigan’s attorney general agreed to conduct an investigation surrounding false claims about the 2020 presidential election results, upon the urging of the state senate’s Republican-dominated oversight committee.

Confirming the existence of the probe to Law&Crime, state authorities have kept mum about its possible targets and scope, but they signaled that the probe resulted from recommendations in the Michigan Senate Oversight report. Two passages from that report explicitly seek the attorney general’s insistence, including one stating unnamed people peddled false election fraud claims for their “own ends.”

“The Committee recommends the attorney general consider investigating those who have been utilizing misleading and false information about Antrim County to raise money or publicity for their own ends,” the report states. “The Committee finds those promoting Antrim County as the prime evidence of a nationwide conspiracy to steal the election place all other statements and actions they make in a position of zero credibility.”

Another passage alleged a breach of protocol surrounding ballot boxes.

“Testimony was also shared that boxes disallowed by the Wayne County Board of Canvassers and labeled to not be used were still being used on Election Day,” the report noted. “This is not acceptable, and the Committee asks the secretary of state or the attorney general to investigate who is responsible for this serious breach.”

More broadly, the report found no evidence of widespread voter fraud in Michigan after a months-long investigation into multiple claims.

“After reviewing the report in full, the Department has accepted Sen. McBroom and the Committee’s request to investigate,” Mukomel told Law&Crime on Friday. “Michigan State Police is also assisting in the matter.”

The Michigan State Police separately confirmed to Law&Crime that the department is “providing investigative assistance” to the AG’s office.

Michigan officials declined further comment or clarifications about what possible criminal charges or civil causes of action could result.

Although the committee found some “weaknesses” in the state’s voting system, its overall findings as to widespread voter fraud in the 2020 presidential election were clear: committee chair McBroom, in a letter at the beginning of the report, said that he feels “confident to assert the results of the Michigan election are accurately represented by the certified and audited results.”

The committee’s investigation delved into multiple allegations of voter fraud, ranging from claims of deceased and non-residents voting, to jurisdictions reporting more than 100% voter turnout, to ballot “dumps” and absentee ballots being counted more than once. The committee held some 28 hours of testimony from almost 90 people (including memorable, if unreliable, testimony from Michigan resident Mellissa Carone), and reviewed thousands of pages of subpoenaed documents. “Hundreds of hours” of staff investigation time went into the report. 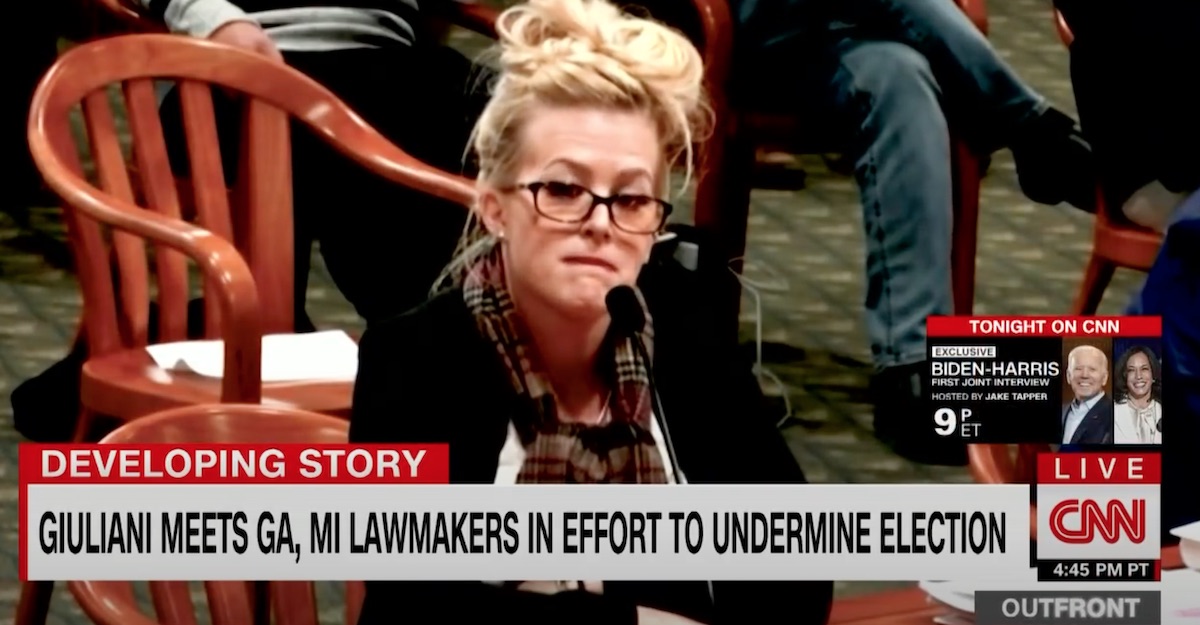 In the end, committee’s conclusion was unequivocal:

A detailed examination of all evidence presented to the Committee established an undeniable conclusion; while there are glaring issues that must be addressed in current Michigan election law, election security, and certain procedures, there is no evidence presented at this time to prove either significant acts of fraud or that an organized, wide-scale effort to commit fraudulent activity was perpetrated in order to subvert the will of Michigan voters.

The report specifically addressed claims coming out of Antrim County, where the unofficial results were later discovered to be erroneous. A baseless theory soon emerged that votes for Donald Trump were “switched” with votes for Joe Biden about the technology used to count ballots. But the committee determined that the mistake was human error and quickly remedied.

However, the report pointed out that despite evidence to the contrary, some kept pushing the Antrim County conspiracy theory—and suggests that those people should be investigated.

Without explicitly calling for his investigation, the report skewered Matthew DePerno, who was hired by an Antrim County resident to sue the county and state regarding the election results. The claims DePerno made in his lawsuit were thoroughly dismantled, and the committee, determining that many of DePerno’s positions were just “simply more blatherskite,” found his actions to be “misleading and irresponsible.”

The committee made the call for the investigation immediately following the section slamming DePerno.

While extremely disappointed and frustrated with the obvious avoidable errors, the Committee commends the efforts of the Antrim County clerk, staff, and many volunteers that corrected these errors and gave their time for the canvass and hand recount. The Committee also recommends legislation strengthening the law regarding the conducting of logic and accuracy tests prior to the election, including penalties for failing to do so. The Committee recommends the attorney general consider investigating those who have been utilizing misleading and false information about Antrim County to raise money or publicity for their own ends. The Committee finds those promoting Antrim County as the prime evidence of a nationwide conspiracy to steal the election place all other statements and actions they make in a position of zero credibility.

DePerno did not respond to a request for comment.

A ‘Forensic Audit’ is ‘Not Justifiable’

“All compelling theories that sprang forth from the rumors surrounding Antrim County are diminished so significantly as for it to be a complete waste of time to consider them further,” McBroom said, adding that another audit, which some refer to as a “forensic audit,” is “not justifiable.”

At the same time, the report said, the committee’s investigation found “severe weaknesses in [Michigan’s] elections system,” and that state lawmakers have “a duty to make statutory improvements” in order to address those problems.

Some of those weaknesses included inconsistent training for poll workers, the practice of sending unsolicited absentee ballots to voters, additional security for ballot drop boxes, signature verification, and allowing absentee ballots to be counted before election day.

Michigan lawmakers launched the investigation on Nov. 7, 2020, four days after Election Day and the day the election was called for Joe Biden.

“Senate Minority Leader Jim Ananich, D-Flint, blasted the decision as a ‘sad development’ that will ‘feed the chaos on which this president thrives,’” the Detroit News reported at the time. “‘President Trump won the election by 10,000 votes in 2016 and Democrats took it like adults,’ Ananich said. ‘This time, Vice President Biden won by nearly 15 times Trump’s margin, but Republicans are choosing to side with conspiracy theorists and abuse the power of the Legislature in [an] attempt to sooth their bruised egos.’”

State Democratic lawmakers were skeptical, according to the Detroit News report, although the final report says that “McBroom made clear that the purpose of this inquiry was not to change the outcome of the [2020 presidential] election.”

Now, it appears that the roles have reversed. Democrats, such as Irwin—the only Democrat on the oversight committee—praised the committee’s report.

“I’m pleased Republicans in Michigan are finally and definitely putting an end to ‘The Big Lie’ perpetuated by the former president,” Irwin said in a statement. “The 2020 election has long been over, and the results were definitive—President Joe Biden received more votes in Michigan and every vote was counted, yielding a clear victory.”

Trump, on the other hand, issued a statement raging against the Michigan senators after the report came out.

“Michigan State Senators Mike Shirkey and Ed McBroom are doing everything possible to stop Voter Audits in order to hide the truth about November 3rd,” Trump said in the statement, posted to his website. “The Senate ‘investigation’ of the election is a cover up, and a method of getting out of a Forensic Audit for the examination of the Presidential contest.”

“Instead of doing a Forensic Audit, they want to investigate the Patriots who have fought for the truth and who are exposing a very possibly Rigged Election. The truth will come out and RINO’s will pay at the polls, especially with primary voters and expected challenges. Our Country was based on Free and Fair Elections, and that’s what we must have!” the statement also said.