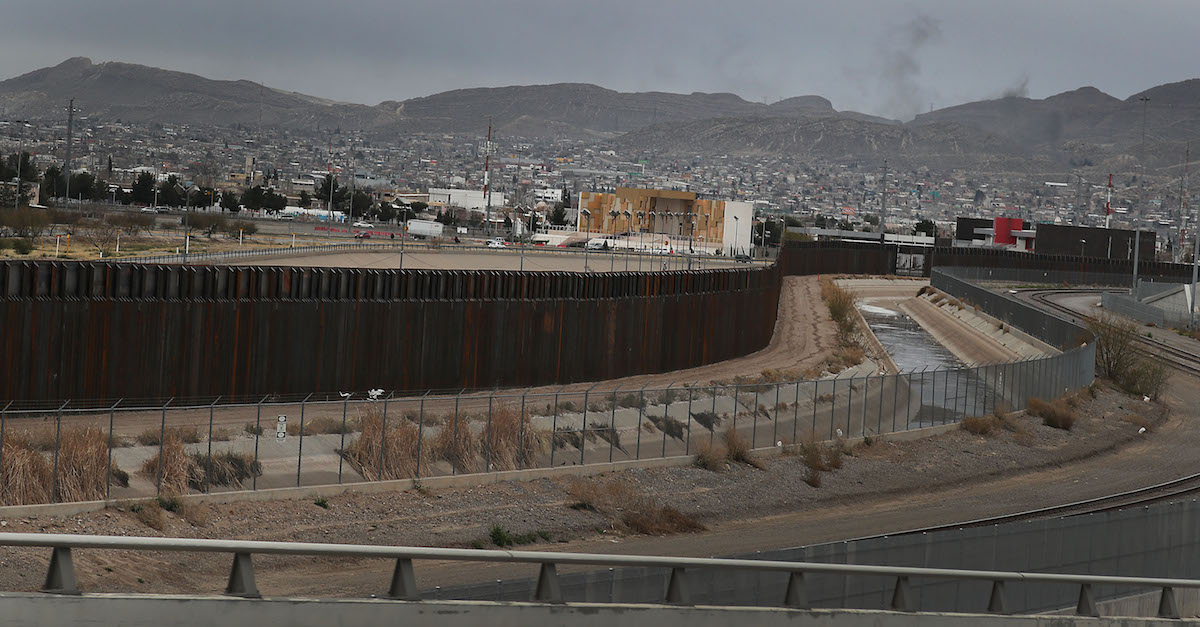 Two Camp Pendleton-based Marines were arrested for allegedly attempting to smuggle three undocumented immigrants through California on Monday, according to the Washington Post.

Lance Cpls. Byron Darnell Law II and David Javier Salazar-Quintero were caught picking up immigrants on the side of the interstate, just north of the Mexican border. The two were arraigned Monday in federal court on charges of transporting undocumented immigrants for “financial gain” and taking jobs from “recruiters,” following orders from unknown agents in Mexico.

The Marines reportedly fell under suspicion on July 3rd after a Border Patrol agent saw footprints leading to a black BMW on the side of the road. The agent was suspicious that these footprints could belong to migrants and radioed to his colleagues. When the BMW was pulled over, three Mexicans were found in the back seat. Once in custody, authorities report that marines each blamed one another for their arrest.

Law said Salazar-Quintero is the one who brokered the deal with the Mexican recruiters and offered Law the job.

According to Salazar-Quintero, the location he met the recruiter alternated between a bedding store called Between the Sheets and the recruiter’s apartment. Salazar-Quintero also said that he was sent to Jacumba Hot Springs, Calif., to pick up immigrants four times. On July 2nd, he allegedly asked Law if he wanted to make $1,000 to pick up an immigrant on Interstate 8 and drop him off at a Mcdonald’s parking lot in Del Mar, Calif. and Law agreed.

The three immigrants told authorities that they expected to pay $8,000 to get into the United States, but it was unclear who they were supposed to pay.

When asked about the arrest, Marine spokesman 1st Lt. Cameron Edinburgh told the Marine Corps Times, “We are aware of the charges facing Lance Cpl. Law and Lance Cpl. Salazar-Quintero, and we continue to cooperate fully with the investigative efforts into this matter.”