Louisiana Federal Judge Blocks Mask and Vaccine Mandate for Head Start Workers, Children: This Case Is ‘Ultimately About the Separation of Powers’ 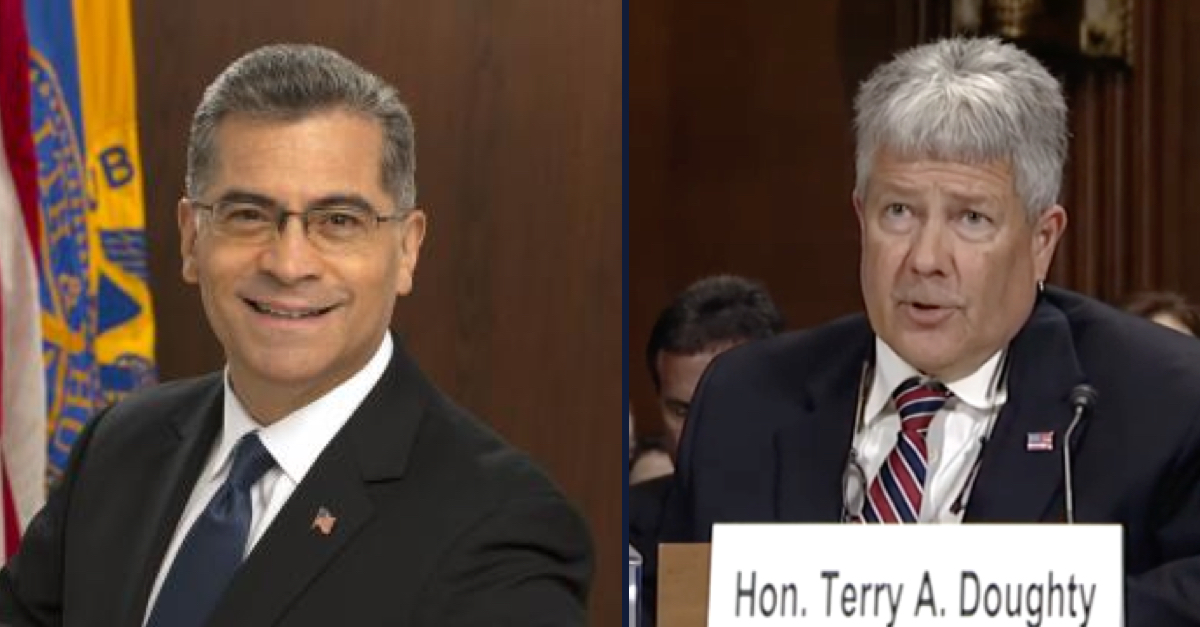 A federal judge in Louisiana has blocked enforcement of a Department of Health and Human Services directive requiring employees and volunteers with the Head Start early education program to wear masks and be fully vaccinated against the coronavirus.

The ruling came in the case of Louisiana v. Becerra, which names Health and Human Services Secretary Xavier Becerra as a defendant. The matter was consolidated in May with plaintiff Sandy Brick’s lawsuit against President Joe Biden over the same Head Start mask and vaccine mandate.

At issue was a rule issued in November 2021 required that Head Start staff, as well as any contractors or volunteers who work directly with children or families, be vaccinated against COVID-19 by Jan. 31, 2022. The rule also required anyone older than age 2 wear masks while indoors, and while outdoors during activities that involved close contact with other people.

Brick, a teacher, sued the Biden administration the following month.

In a 27-page ruling issued Wednesday, U.S. District Judge Terry Doughty granted summary judgment motions from both Brick and the plaintiff states and issued an injunction barring enforcement of the rule. He simultaneously denied the request from HHS to either dismiss the case or grant summary judgment in favor of the agency.

Doughty, a Donald Trump appointee, described the case as having particularly high stakes.

The judge characterized the mask and vaccine requirements as personal medical decisions made on behalf of those who participate in the Head Start program, and said that the agencies — HHS, the Office of Head Start (OHS) and the Administration of Children and Families (ACF) — overstepped their authority.

“There is nothing in [the Head Start statute] which would allow Agency Defendants to make medical decisions for employees and volunteers, and/or to require two (2), three (3), and four (4), year-old students to wear masks the majority of the day,” Doughty wrote. “There is a disconnect between the Agency’s challenged actions and its assigned mission and expertise. Agency Defendants’ expertise is not making medical decisions for its students, volunteers, or employees.”

Doughty’s ruling is not particularly surprising; he previously ruled against the Biden administration on coronavirus vaccines, memorably questioning why the president didn’t consider “natural immunity” for healthcare workers. He had also blocked Biden’s effort to pause new oil and gas leases on federally-owned land.

Lawyers for plaintiff Brick said the ruling is tantamount to protecting personal freedom of people who do not want to wear masks or get vaccinated against COVID-19, which has killed more than 1 million Americans and continues cause of hundreds of deaths daily.

“Although President Biden recently declared that the ‘pandemic is over,’ the fight to restore Americans’ individual liberties is not,” said Daniel Suhr, managing attorney at the Liberty Justice Center, in a press release. “We will continue to fight for teachers like Sandy and the low-income students they serve until every illegal and unjustified mandate is wiped from the books. Today’s decision is a significant step toward undoing the injustice perpetrated against everyday Americans throughout the COVID-19 crisis.”

Neither the office of Louisiana Attorney General Jeff Landry (R) nor the Department of Health and Human Services did not immediately reply to Law&Crime’s request for comment.

[Image of Becerra via HHS; image of Doughty via YouTube screengrab.]