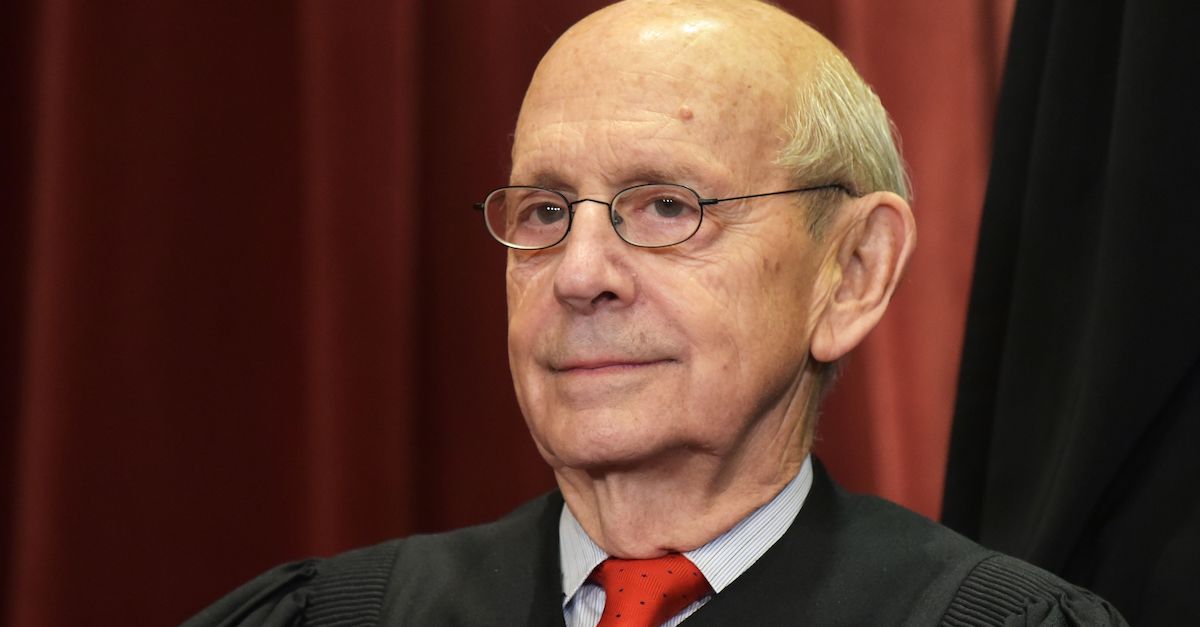 The U.S. Supreme Court on Wednesday ruled the several states are not quite as sovereign as they often purport to be — specifically when it comes to certain federal lawsuits that impact military veterans.

Stylized as Torres v. Texas Department of Public Safety, the underlying dispute is about an Iraq War veteran who was exposed to toxic fumes during the occupation of Iraq.

Le Roy Torres worked for the Texas Department of Public Safety prior to his assignment in the so-called “burn pits” of Iraq – where U.S. troops toxically disposed of garbage by burning, as the court puts it, “all manner of trash, human waste, and military equipment.”

Returning home, the onetime military reservist received an honorable discharge and a lifetime ailment: constrictive bronchitis. The diagnosis includes what medical journals have described as “irreversible airflow obstruction.” Symptoms associated with the disease have been observed as statistically significant among veterans of U.S. military activity in both Iraq and Afghanistan.

“These ailments, Torres alleges, changed his life and left him unable to work at his old job as a state trooper,” Justice Stephen Breyer writes for the majority. “Torres asked his former employer, respondent Texas Department of Public Safety, to accommodate his condition by reemploying him in a different role. Texas refused to do so.”

Torres sued the Lone Star State in its capacity as a state under the Uniformed Services Employment and Reemployment Rights Act of 1994, which, relevant here, provides that U.S. states must use “reasonable efforts” to accommodate service-related disabilities or find an “equivalent” position or “nearest approximation” for veterans who return from foreign deployments with a disability that prevents the veteran from working in their former job. The Act in question applies to many employment scenarios; Torres’s state government employment was the key to this case.

Texas moved to dismiss the lawsuit under the doctrine of sovereign immunity. Each side won a victory in lower courts. Torres filed a writ for petition of certiorari. The justices ruled 5-4 in the veteran’s favor.

Ruling against Texas, Breyer’s relatively brief opinion spends considerable time reflecting on the history of the federal government raising armies for the national defense. Such efforts, the high court held, mean that states gave away some of their sovereign immunity when they ratified the U.S. Constitution and joined the union.

An example of this historical reasoning follows:

Congress has, since the founding era, directed raising and maintaining the national military, including at the expense of state sovereignty. For instance, early Congresses established military bonuses to reward service, even requiring Virginia to give land to some Revolutionary War officers. Could Virginia have refused to go along? We do not think so.

For the purposes of the present dispute, Breyer notes that Congress passed USERRA pursuant to its powers “[t]o raise and support Armies” and “[t]o provide and maintain a Navy.” And, the opinion says, national defense powers are “complete” powers held by the federal government from the inception of the country under the U.S. Constitution — which abrogated the Articles of Confederation.

A recent case decided by the Supreme Court ruled that such a waiver occurs when a federal power is “complete in itself, and the States consented to the exercise of that power — in its entirety — in the plan of the Convention.” Under such circumstances, the majority says, state sovereignty “would yield to that of the Federal Government.”

Justice Elena Kagan, who dissented in that previous case (which was about federally-delegated eminent domain powers) but who signed onto the Torres majority opinion, makes her own evolution and the majority’s point clear in a tidy, one-and-a-half-page-long concurrence:

[T]he war powers—more than any other power, and surely more than eminent domain—were “complete in themselves.” They were given by the States, entirely and exclusively, to the Federal Government. PennEast‘s analysis thus compels today’s result. In setting out the “complete in itself ” test, the Court there answered the question here: At the Convention, the States waived their sovereign immunity to any suit Congress authorized under the war powers.

Justice Clarence Thomas penned a dissent citing 1999-vintage precedent which held: “the powers delegated to Congress under Article I of the United States Constitution do not include the power to subject nonconsenting States to private suits for damages in state courts.” That earlier holding was made, the dissent argues, “without qualification.” Thomas complains that Breyer’s majority reaches its current conclusion with “contrived interpretations” of the 1999 case and the aforementioned eminent domain decision.