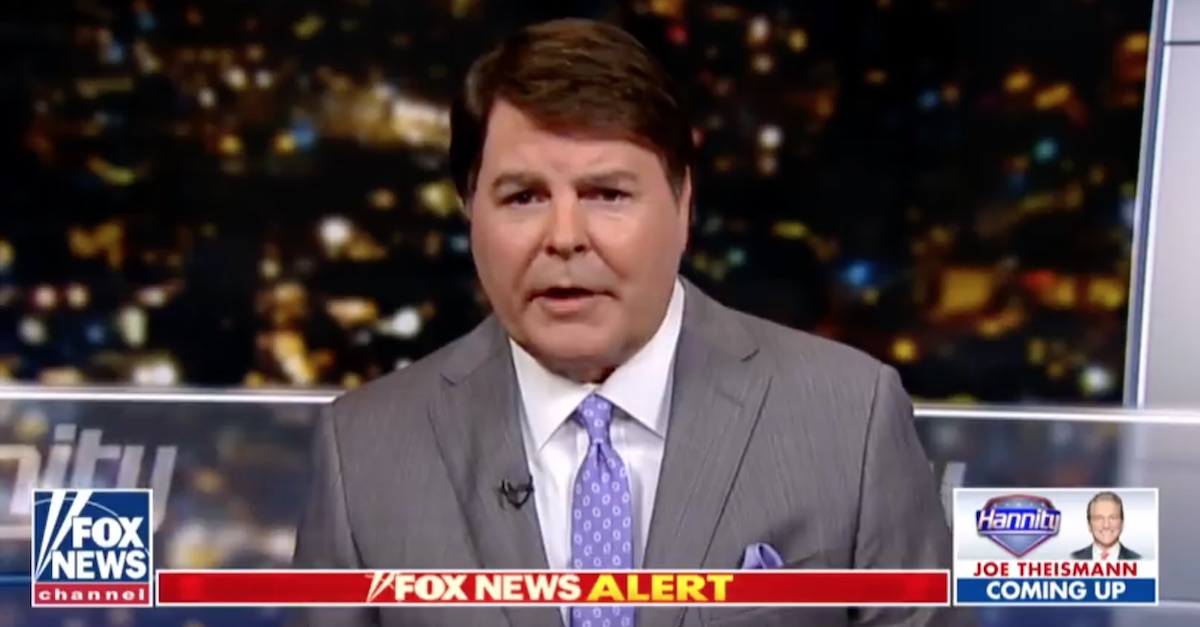 Fox News legal and political analyst Gregg Jarrett on Wednesday penned an opinion piece on his own website that argued Democrats were wrong to say that former Trump campaign manager Corey Lewandowski was not protected by executive privilege. It didn’t take long for many other legal analysts to jump into the fray and pump the brakes.

The controversy began on Monday night when White House counsel Pat Cipollone sent a letter directing Lewandowski, a private citizen who did not serve in the Trump Administration, not to testify about post-election events and conversations he had with President Donald Trump. Cipollone cited “long-settled principles” that exist to protect the “confidentiality interests” of the executive branch.

“As explained below, Mr. Lewandowski’s conversations with the President and with senior advisers to the President are protected from disclosure by long-settled principles protecting Executive Branch confidentiality interests and, as a result, the White House has directed Mr. Lewandowski not to provide information about such communications beyond the information provided in the portions of the [Mueller] report that have already been disclosed to the Committee,” Cipollone wrote.

Lewandowski still showed up on Tuesday to testify before the House Judiciary Committee, but refused to answer most questions. Jarrett wrote that Lewandowski and the White House were right, and that Democrats were wrong.

“Democrats have been criticizing the claim that Corey Lewandowski is eligible for protection by executive privilege, labeling it ‘far-reaching’ and ‘dubious,'” Jarrett began. “As with the pattern of this years-long investigation, Democrats are disregarding precedent and misrepresenting laws to better fit their narrative.”

He went on to say that House Judiciary Committee Chairman Rep. Jerrold Nadler (D-N.Y.) likely “plucked […] out of thin air” the idea that executive privilege “doesn’t apply to a person who was not an executive branch employee.” The crux of Jarrett’s argument:

George Washington first invoked the principle. So did Thomas Jefferson. Eisenhower invoked it a record 44 times. Bill Clinton claimed the privilege 14 times during the Ken Starr investigation. A careful reading of the seminal U.S. vs. Nixon (1974) case tells us that no such employee limitation exists. The principle is fairly broad… so that “Presidential confidentiality be afforded the greatest protection.”

Legal analysts were quick to respond to Jarrett in no uncertain terms. CNN’s Renato Mariotti remarked that Jarrett had attempted to explain why “1+1= 3.”

“Gregg Jarrett claims a person who has never been part of the Executive Branch is nonetheless protected by executive privilege, which protects the Executive Branch’s internal conversations,” he said. “I read his piece to find his explanation of why 1 +1 =3. It turns out he has none.”

Mariotti’s fellow CNN legal analyst Asha Rangappa said the Jarrett piece made “absolutely no sense,” and wondered how he is a “legal analyst.”

This piece made absolutely no sense and cites literally no cases except U.S. v. Nixon, which doesn’t support his argument…how is he a “legal analyst”???

“This piece made absolutely no sense and cites literally no cases except U.S. v. Nixon, which doesn’t support his argument…how is he a ‘legal analyst’???” Rangappa asked.

“Jarrett’s analysis is rather similar to that expressed by the White House regarding the scope of executive privilege. The flaw in the analysis is that the case law cited does not actually support the proposition that the privilege applies to non-government officials, and in fact no case has ever held that it applies that way,” Moss said. “It is DOJ’s long-stated view that it should but the courts have not had occasion to adjudicate the matter on way or the other. In the end, this is all based on theory about how the courts could rule.”

Attorney, impeachment expert and CNN legal analyst Ross Garber also told Law&Crime that “the law is not settled,” before adding that “It may well be the Supreme Court determines that a president has the right to get confidential advice from advisors both inside and outside of government.”