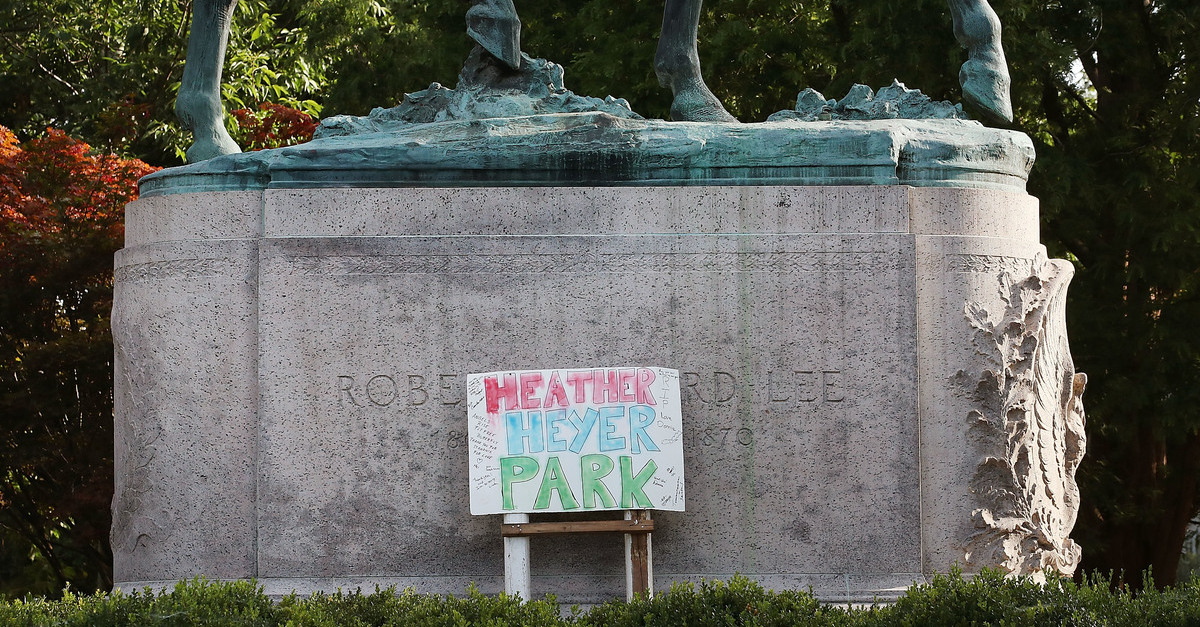 Federal authorities have arrested a man from Florida who allegedly made violent and racist threats in an effort to interfere with an election in Charlottesville, Virginia.

McMahon’s charges were originally filed via sealed indictment on September 11–the indictment was unsealed after he was arrested by agents with the Federal Bureau of Investigation (FBI).

The indictment alleges that McMahon threatened prospective Charlottesville city council candidate Don Gathers because of his race–Gathers is African-American–and because he planned to run for elective office. After McMahon allegedly posted those threats on social media, however, Gathers decided against running.

The first line of the indictment says McMahon “used the internet and social media accounts to express his beliefs regarding race, color, national origin, religion, and other topics.” Among these beliefs? McMahon “expressed and promoted his belief that white people are superior to members of other racial, ethnic, and religious groups,” per the indictment.

On the commission’s recommendation, the Charlottesville City Council voted to relocate an infamous statue of Robert E. Lee–the incident that ignited the August 2017 “Unite the Right” rallies which eventually ended with the murder of socialist Heather Heyer by an avowed neo-Nazi.

The would-be candidate’s prior affiliation with the commission also likely contributed to his targeting by fascist and alt-right elements.

“The indictment further alleges that threats were made with the intent to injure and intimidate [Gathers], and were part of a course of conduct that planed [Gathers] in fear of death and serious bodily injury,” the DOJ’s press release notes.

“As alleged in the indictment, this defendant was motivated by racial animus and used his social-media accounts to threaten and intimidate a potential candidate for elective office,” U.S. Attorney for the Western District of Virginia Thomas T. Cullen said. “Although the First Amendment protects an individual’s right to broadcast hateful views online, it does not give license to threats of violence or bodily harm. “We will continue to prioritize cyber-threat cases, including those giving rise to civil rights violations.”

McMahon went by several aliases–including “Jack Corbin” and “Pale Horse“–online and frequently boosted other white supremacists, including Robert Bowers, the man who was arrested for the anti-Jewish massacre at the Tree of Life synagogue in Pittsburgh last fall.

McMahon also frequently communicated with Bowers on the alt-right-friendly social media platform Gab–apparently more than anyone else there. After Bowers allegedly carried out the largest anti-Jewish pogrom in U.S. history, McMahon praised Bowers for having “more balls” than other white nationalists.

The defendant is also allegedly an online troll who targets antifascists and government accountability advocates focused on Charlottesville.

According to journalist Molly Conger, McMahon–by way of his Jack Corbin account–repeatedly made violent threats against her and several additional misogynistic comments over the course of the year. Recurring themes in McMahon’s posts included the desire to see women raped and killed by terminal disease, the desire to see antifascists whipped and tortured. There was also praise for Heyer’s death.