Laurence Tribe: Matthew Whitaker’s Defense of President Trump Is the ‘Epitome of Ignorance’ 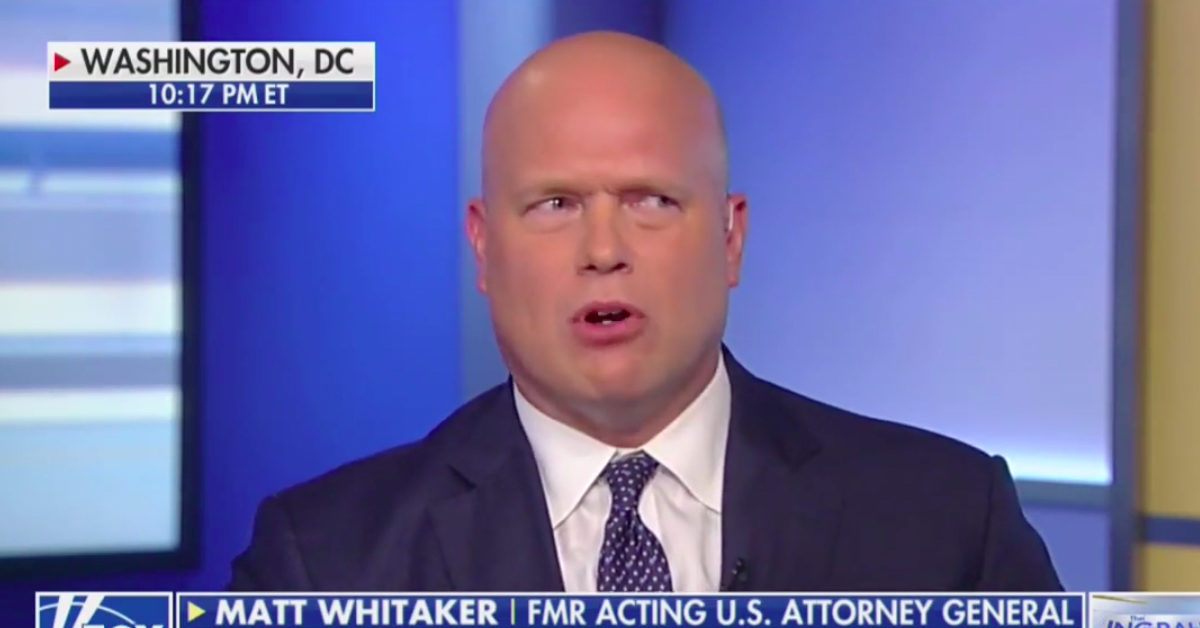 Former Acting U.S. Attorney General Matthew Whitaker on Tuesday attempted to defend President Donald Trump against the onslaught of increasingly inculpatory evidence emerging from Democrats’ impeachment inquiry by claiming that abusing the power of the presidency is not a crime. Appearing on Fox News’s The Ingraham Angle, Whitaker argued that Trump’s conduct was not criminal and therefore not impeachable.

“I’m a former prosecutor and what I know is this is a perfect time for preliminary hearings, where you would say ‘Show us your evidence. What evidence of a crime do you have?’” Whitaker said. “Abuse of power is not a crime. Let’s fundamentally boil it down, the Constitution is very clear that there has to be some pretty egregious behavior and they cannot tell the American people what this case is even about.”

The Iowa Republican who recently held the nation’s top legal post did not address the fact that “abuse of power” was listed in the articles of impeachment for both Bill Clinton and Richard Nixon.

Tribe, who thoroughly explores the constitutional foundation for impeachment in his 2018 book “To End A Presidency: The Power of Impeachment” — which he co-authored with newly added attorney for the House Judiciary Committee Joshua Matz — said Whitaker’s argument was entirely without merit.

Tribe clarified that the criminality of a president’s conduct is not a determinative factor when evaluating whether that conduct constitutes an impeachable offense.

“Lots of crimes, like tax evasion, aren’t impeachable. And lots of impeachable offenses, like using the power of the presidency to usurp Congress’s prerogatives, or shake down foreign allies by withholding congressionally appropriated military aid against their and our adversaries in order to enrich yourself or get reelected, aren’t ordinary crimes at all, but surely are ‘high Crimes’ in the constitutional sense,” Tribe continued. “Although as it happens in this instance Trump was indeed committing the federal crime of soliciting foreign help in an American election.”

Looking forward, Tribe said Trump’s abuses of power have already provided a sufficient constitutional basis for his removal from office.

“If the House impeaches Trump, as now seems certain after the testimony of William Taylor yesterday, it will do so through Articles of Impeachment that leave no doubt how this president violated his oath, abused his power, and betrayed the nation,” Tribe said, adding, “and he’ll have ample opportunity to defend himself in the Senate trial that will follow.”