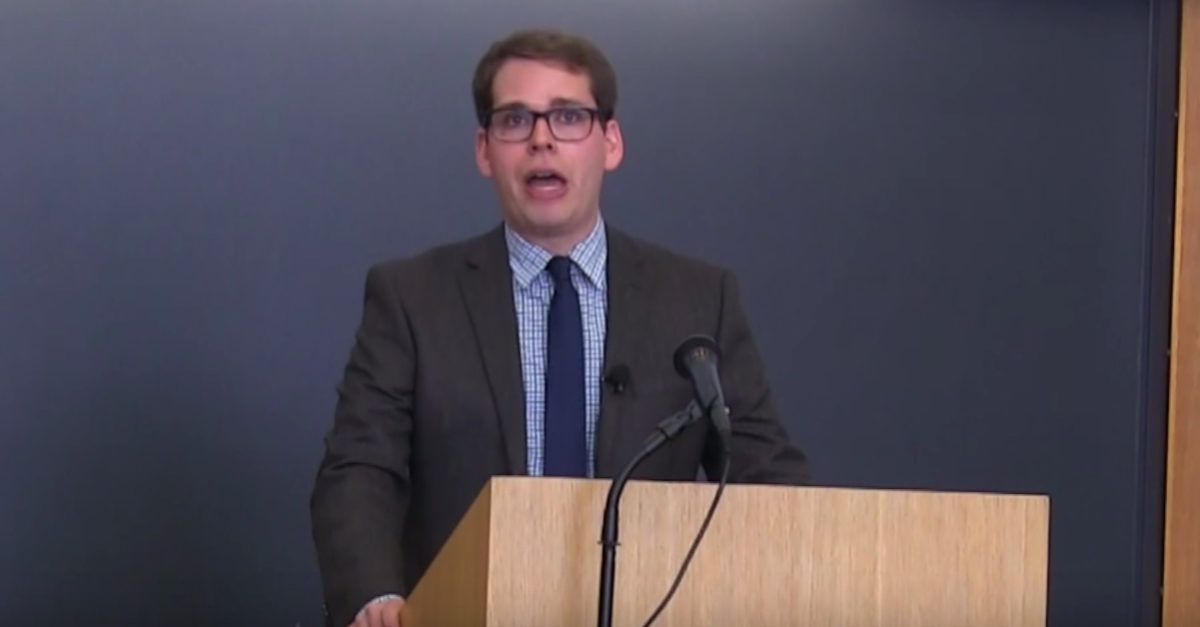 As Congressional Democrats continue to ramp up the intensity of their impeachment inquiry into President Donald Trump, the House Judiciary Committee on Thursday confirmed it has added one of the nation’s top constitutional law scholars to its ranks.

Joshua Matz, a former law clerk to now-retired Supreme Court Justice Anthony Kennedy, will be joining the panel’s legal team, according to The National Law Journal.

An associate at Kaplan, Hecker & Fink, a boutique New York City litigation law firm, Matz has also clerked for Judge Stephen Reinhardt of the U.S. Court of Appeals for the Ninth Circuit, and U.S. District Judge J. Paul Oetken of the Southern District of New York.

After graduating from Harvard Law School in 2012, Matz quickly established himself as an elite legal mind. David Lat, the founder of the Above the Law website, 2017 described Matz in 2017 as a “legal wunderkind” and “one of the leading legal minds of his generation.” Matz is also an adjunct professor of law at Georgetown Law.

In May 2018, Matz and Harvard Law School professor Laurence Tribe co-authored the book, To End a Presidency: The Power of Impeachment. The two also published an award-winning 2014 book on the Supreme Court titled, Uncertain Justice: The Roberts Court and the Constitution.

[W]hen the Framers designed the impeachment power, what they really had in mind were offenses by the president, conduct by the president, that imperiled the legitimacy of the democratic system as a whole. And when we look at how they talked about it and what kinds of things they deemed impeachable, which we know include treason and bribery as well as a bigger phrase, high crimes and misdemeanors, you know we see that these types of offenses involve corruption, betrayal, or an abuse of power that subverts core tenets of the U.S. governmental system.