Laurence Tribe: Comparing Nixon to Trump Is ‘Like Comparing Apples to an Apple Orchard’ 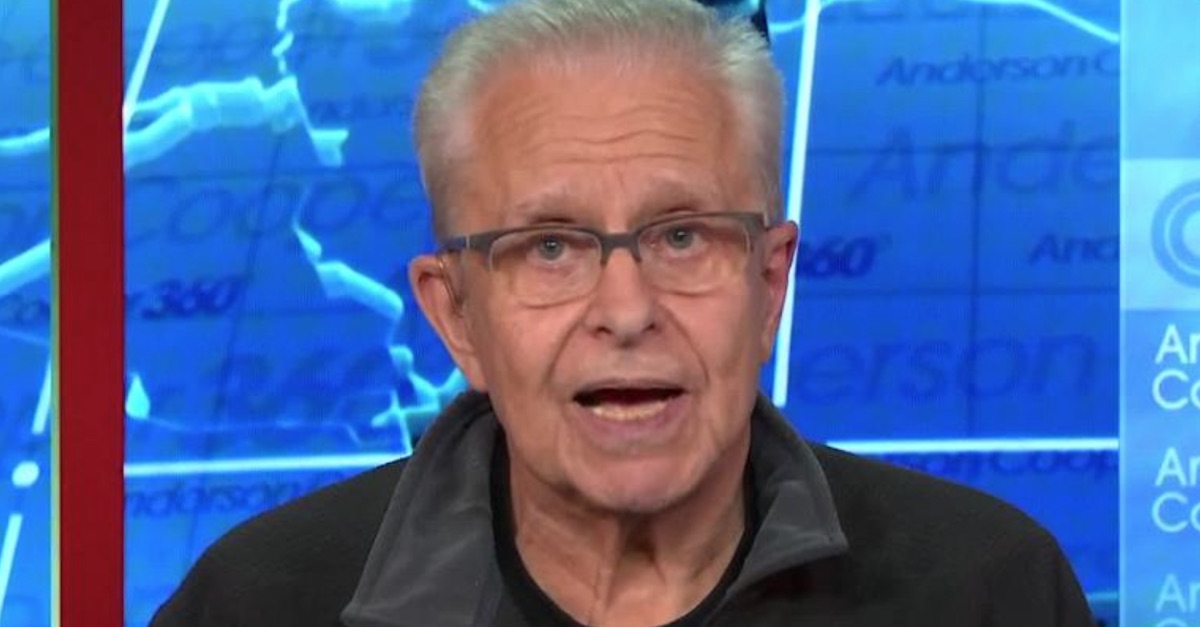 Tribe, who wrote the 2018 book “To End a Presidency: The Power of Impeachment” — which he co-authored with attorney Joshua Matz, the latest addition to House Democrats’ impeachment legal team — has made no secret of his opposition to President Trump. The constitutional scholar on Friday made his case for impeachment, addressing some of the common defenses against it as he went.

The U.S. Constitution states that a president can be impeached for “Treason, Bribery, or other high Crimes and Misdemeanors.” According to Tribe, witnesses who testified that the president made the release of congressionally appropriated military aid to Ukraine contingent upon an investigation into his political rival have outlined quintessentially impeachable conduct, as this constituted both an outright bribe and an abuse of power.

Contrasting Trump’s conduct with the archetype of presidential corruption, Richard Nixon, Tribe said the two weren’t even in the same league in terms of abusing their power.

“Comparing Nixon to Trump is like comparing apples to an apple orchard,” Tribe remarked. “Nixon was only implicated in the [Watergate] coverup. [Trump] committed the underlying act of extorting a friendly government – that’s something that he publicly admitted to.”

“If that’s not impeachable, what possibly could be,” Tribe asked.

Tribe otherwise addressed the argument pushed by Trump lawyers in recent days that a sitting president is completely immune from criminal investigations. Using Trump lawyers’ own example of “shooting someone on Fifth Avenue” and getting away with it, Tribe jocularly pointed out that if a sitting president could not be investigated for criminal conduct, then impeachment would be moot, as a president could simply shoot government officials that threaten to vote him out of power.

Looking ahead, Tribe said that while he believes Trump’s impeachment in the House is “inevitable,” he conceded that conviction in the Senate was highly unlikely. Nonetheless, he said, “impeachment without conviction is far better than no impeachment,” as the former will at least put the president on notice that abusing the power of his office won’t be entirely overlooked.