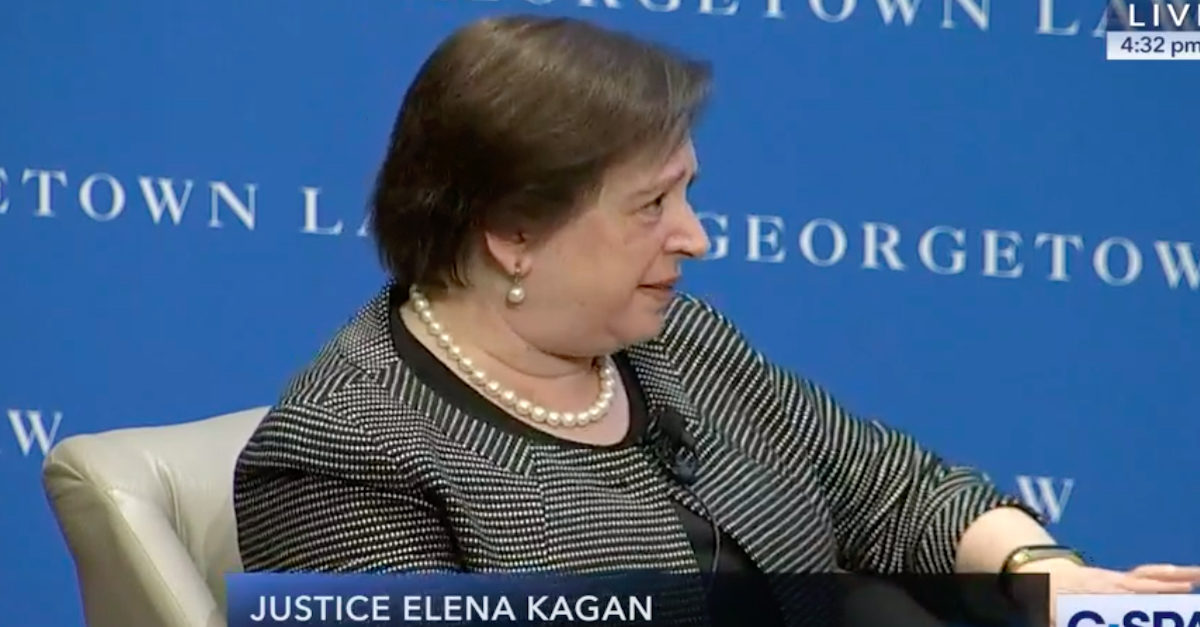 Supreme Court Justice Elena Kagan on Thursday said she would “never accept” the Court’s majority ruling allowing political gerrymandering, referring to the practice as an “undermining of democracy.”

In a 5-4 decision last month, the Supreme Court ruled that the federal judiciary could not intervene in striking down congressional voting maps drawn with the specific intention of creating a political advantage for the party in power. In a blistering dissent, Kagan said the decision was “tragically wrong,” warning that it could have disastrous consequences.

“Of all times to abandon the Court’s duty to declare the law, this was not the one. The practices challenged in these cases imperil our system of government. Part of the Court’s role in that system is to defend its foundations. None is more important than free and fair elections,” Kagan wrote.

Speaking in front of the Washington Council of Lawyers at the Georgetown University Law Center in Washington, D.C. on Thursday, Kagan said that she didn’t “pull [her] punches” in her gerrymandering dissent because of how important the issue is to our political system.

“There’s no part of me that’s ever going to become accepting of the decision made, essentially that courts shouldn’t get involved in gerrymandering no matter how bad it is and no matter how destructive of our political system it is, which is the decision the court reached,” Kagan said.

Kagan said that while some dissents are written just to show people that there were two sides to an argument, in this case, her dissent was to illustrate to present and future generations exactly why she believed the case was decided incorrectly. Kagan, you may remember, even saw fit to read her dissent in full (“Her voice cracked as she read it, and she later wiped her face with a tissue,” Bloomberg Law reported).

Justice Kagan also paid tribute to the late Justice John Paul Stevens, her predecessor on the Supreme Court who died on July 16 following a stroke. She described Stevens as an “extraordinary person” who was “kind, humble, and respectful of everybody.”

Kagan also said that Stevens produced an important bloc of legal decisions “not surpassed in modern times,” while approaching the law with an “insistence that our legal institutions be fair.”