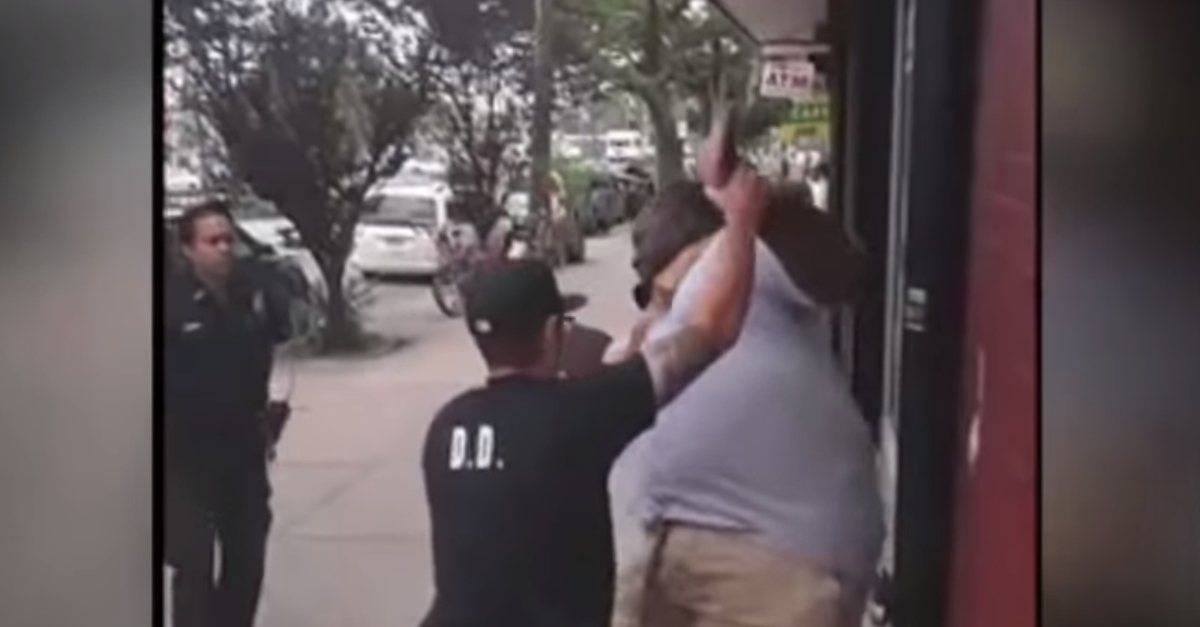 An administrative judge in New York City recommended that police Officer Daniel Pantaleo be fired for implementing the fatal chokehold that took the life of Eric Garner, according to The Associated Press.

The next step in this disciplinary case: Pantaleo, through his attorney, has two weeks to respond to this. Police Commissioner James O’Neill will decide what happens in the end.

Administrative Judge Rosemarie Maldonado determined Garner used a banned chokehold on Garner when trying to arrest him. The officer’s attorney argued instead that this was “seat belt” technique, not the banned chokehold.

“It is never my intention to harm anyone, and I feel bad about the death of Mr. Garner,” Pantaleo said in a 2014 statement, according to ABC News.

This decision is long overdue. It should not have taken five years to determine what the public clearly understood in five minutes: Officer Pantaleo used an illegal chokehold on Eric Garner, which ultimately led to his death.

NYC Council Speaker Corey Johnson called for the officer to be fired.

“Nothing will bring back Mr. Garner, but I hope this decision gives the Garner family some peace,” Johnson.

“I can’t breathe,” Garner could be heard saying repeatedly in his dying moments. Garner was suspected of illegally selling cigarettes that day. “I can’t breathe” went on to become a rallying cry for civil rights activists protesting police brutality against people of color.

Debate over the incident rested on whether Pantaleo acted appropriately. The Department of Justice and Staten Island grand jury declined to bring charges over it, though a medical examiner determined the chokehold led to Garner’s death. At the disciplinary trial, Pantaleo’s legal team tried to emphasize that Garner was already in poor health, living with asthma and diabetes.

Bad health or not, Judge Maldonado decided that the officer should be fired for using that kind of chokehold.

Pantaleo has been suspended.