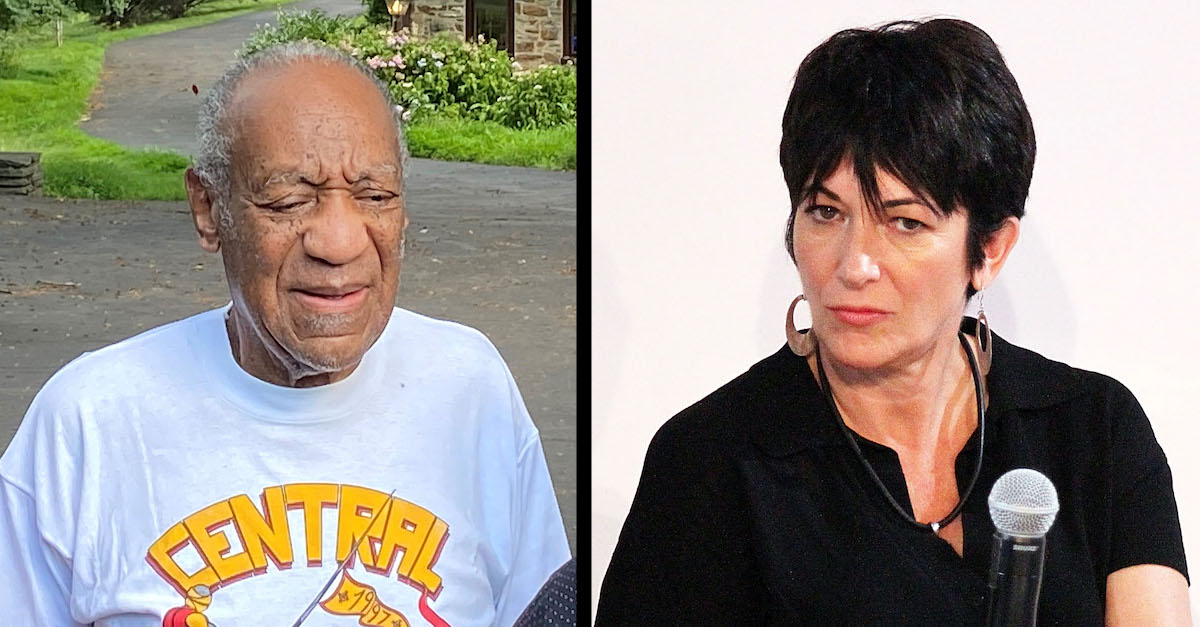 Jailed former socialite and alleged Jeffrey Epstein enabler Ghislaine Maxwell on Friday lost a motion to dismiss a collection of federal criminal charges contained within a second superseding indictment filed against her on March 29.

“For appeal preservation purposes or otherwise, the arguments largely, though not entirely, rehash the positions rejected by the Court in its April 16, 2021 Opinion & Order,” Judge Alison J. Nathan wrote. “To the extent new arguments are made, they are addressed below. All pending motions are DENIED.”

In other words, the arguments Maxwell lost the first time around did not miraculously result in a win the second time around when lodged in the same or a similar fashion — even as to the new charges.

For instance, Maxwell argued that four of the counts contained within the newest charging document are barred by Epstein’s own nonprosecution agreement in Florida.  Judge Nathan ruled previously — and reaffirmed — that the Epstein nonprosecution agreement “does not bind the United States Attorney for the Southern District of New York.”  The judge spent a few lines addressing this point yet again for clarity (citations omitted):

As the Court explained in its April 16, 2021 Opinion & Order, the Second Circuit held in United States v. Annabi that “[a] plea agreement binds only the office of the United States Attorney for the district in which the plea is entered unless it affirmatively appears that the agreement contemplates a broader restriction.” The Second Circuit’s opinion in Annabi is clear, and that court has followed it steadfastly since. The Second Circuit has held that language nearly identical to that in Epstein’s NPA is not enough to overcome the presumption in favor of single-district plea agreements. Adhering to this binding authority, this Court thus concluded (and continues to conclude) that the NPA does not bind the U.S. Attorney’s Office for the Southern District of New York. It thus provides Maxwell no defense in this case even if it would otherwise cover the conduct charged in the new counts in the [second] superseding indictment.

To bolster her claim that Epstein’s Florida NPA should be constructed as covering her own alleged conduct in New York, Maxwell pointed to the Pennsylvania Supreme Court’s recent rubbishing of Bill Cosby‘s criminal conviction.  (Cosby’s legal situation has been widely parroted by Maxwell’s defense as an alleged “similar situation” to Maxwell’s case.)  Judge Nathan disagreed and immediately noted that a Pennsylvania Supreme Court opinion is not binding on a federal district judge sitting in New York State.  Plus, Cosby’s case involved issues arising within the same prosecutor’s office, not issue arising from disparate jurisdictions.  As such, Judge Nathan continued to distinguish the cases as follows (and, again, legal citations are herein omitted):

[T]he state court in Cosby did not purport to decide the same federal question at issue here. In Cosby, the court held that it was unfair for a district attorney to proceed with charges against Bill Cosby after the district attorney’s office had, in that court’s view of the facts, unequivocally promised that it would not charge him. That case did not involve a question of whether one office’s promise bound another, much less whether a plea agreement in one federal district should be construed to apply in another district. Instead, the case focused on whether prosecutors were required to honor a promise that the court found to be clear in the absence of a formal plea agreement. Even if this Court agreed with the analysis in Cosby, that opinion sheds no light on the proper interpretation of the NPA in this case.

Elsewhere, Maxwell sought to have two of the counts lodged against her tossed because she claimed they constituted double jeopardy.

“The Court concludes that Maxwell has not previously been put in jeopardy for these offenses and therefore her prosecution on these counts does not violate the Double Jeopardy Clause,” the judge responded.

The court dismissed Maxwell’s other attempted arguments as follows:

Maxwell moves to dismiss counts five and six as untimely. The Court again concludes, as it did in its April 16, 2021 Opinion & Order, that the Government brought the charges within the applicable statute of limitations.

• Maxwell moves to dismiss count five and either count one or count three as multiplicitous. The Court again determines, as it did in its April 16, 2021 Opinion & Order, that this motion is premature and denies it without prejudice for renewal at trial.

• Maxwell moves to dismiss the S2 indictment for pre-indictment delay. The Court again concludes, as it did in its April 16, 2021 Opinion & Order, that Maxwell has not established that she suffered prejudice and therefore any delay has not violated her rights to due process.

• Maxwell moves for a bill of particulars related to counts five and six because they are too vague, and in particular do not provide specific dates. The Court again concludes, as it did in its April 16, 2021 Opinion & Order, that the charges are sufficiently specific.

• Maxwell moves to compel the Government to produce the statements of “Minor-Victim 4” in the S2 indictment as Brady material. The Court concludes that the current disclosure schedule gives Maxwell sufficient time to make effective use of any such statements and therefore immediate disclosure is not warranted.

Thus, the second superseding indictment stands, and Maxwell is scheduled to be tried in November.