Jeanine Pirro on NRA Fraud Allegations: ‘It Happens All The Time, It’s No Big Deal’ 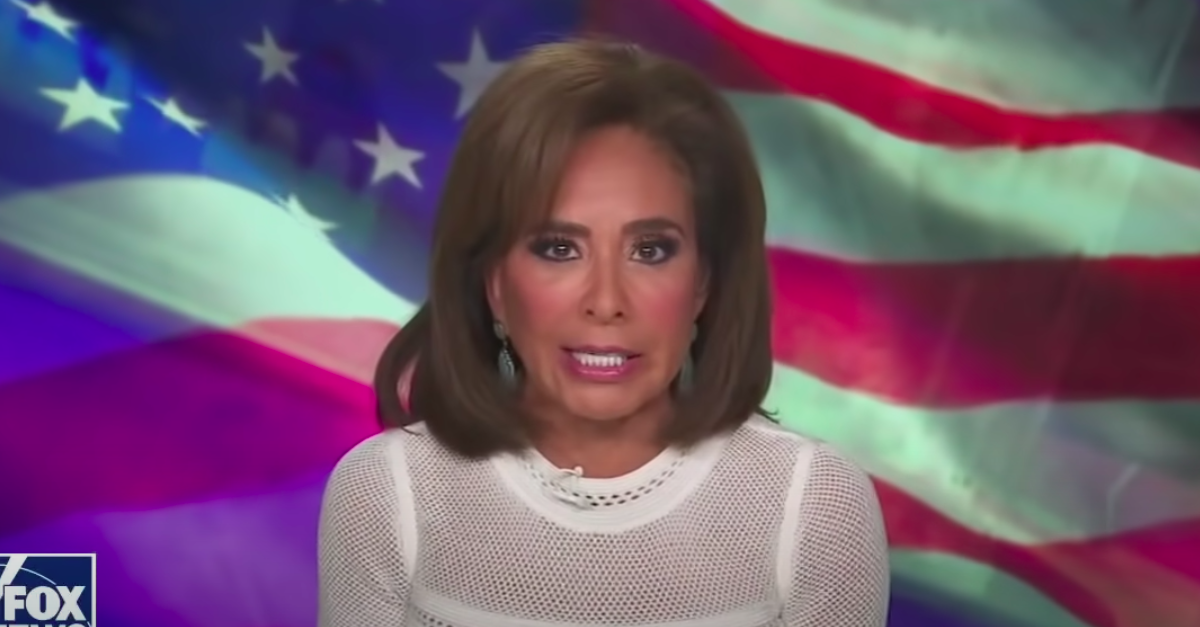 While the assertions that National Rifle Association (NRA) officials spent millions raised through membership dues on lavish vacations, kickbacks, and self-enriching contracts stunned many, Fox News host Jeanine Pirro suggested the alleged conduct was run-of-the-mill and not the “big deal” that NY Attorney General Letitia James’s announcement presented it to be. Pirro said the Democratic AG’s motives in seeking to dissolve the Second Amendment advocacy group were clearly political.

New York’s lawsuit seeking to dissolve the NRA on Thursday laid out a litany of allegations accusing the organization’s top executives of defrauding the charitable organization for their own personal gain. Appearing on the network’s morning show Fox & Friends on Friday morning, Pirro, the first woman ever to serve as Westchester County’s District Attorney, said the lawsuit was less about the law and more about politics.

Pirro referred to the claims of using charitable donations to fund trips on private jets and expensive were “classic self-dealing allegations.”

She then set her sights on the attorney general, saying the nature and timing of the lawsuit revealed the action to be entirely politically motivated.

“But what she decides to do – and let me set the table here for a second – this Letitia James is a Trump-hating, NRA-hating individual, who made both a central theme of her campaign when she ran for attorney general in liberal New York State, if I need to add that myself. So she is coming through with her promise that she was going to destroy the NRA,” Pirro said. “But look, I’ve prosecuted organizations or individuals who cheated their organizations, okay. It happens all the time. It’s no big deal. Alright. But this is her conclusion – she says, ‘now I’m going to move to dissolve the NRA.’ You’re gonna what?” You’re gonna dissolve the NRA? It is the biggest voice for gun owners in America. Is this suddenly starting to sound political?”

Despite the nature of the claims being made against the NRA and its executives, Pirro’s assertions are supported, at least in part, by James’s 2018 campaign platform.

Judge Jeanine Pirro on the NRA's alleged charity fraud: "I prosecuted organizations or individuals who cheated their organizations, OK? It happens all the time. It's no big deal, all right?" pic.twitter.com/I4WmqXlVJI

A week before she was elected New York Attorney General in the fall of 2018, James told Ebony that the NRA was a “terrorist organization.” And during her Thursday press conference, the attorney general noted that her office secured the shuttering of President Donald Trump’s charity late last year.

“We came to the conclusion that we needed to step in and dissolve this organization, just as we did the Trump Foundation,” James said, when asked why she was trying to dissolve the NRA.

Similar to the unlawful deeds the Trump Foundation acknowledged committing, the allegations against the NRA are very serious. James’s filed the lawsuit less than three months before the presidential election, giving her opponents another avenue to criticize her office’s motivations.

The NRA donated more than $30 million to help elect Trump in 2016. The organization endorsed Trump in 2016 and 2020 for his support of the Second Amendment.