‘It Was a Lie’: Judge Blasts State Dept for Providing ‘Clearly False’ Information About Clinton Emails 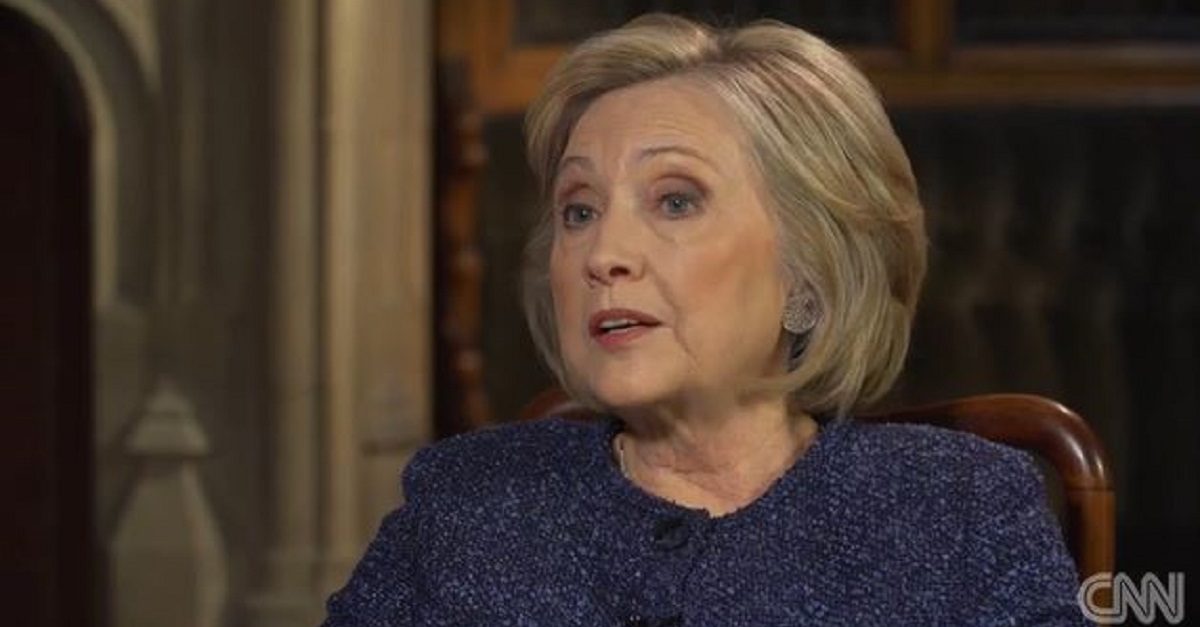 A hearing in a case dealing with records related to the 2012 attack in Benghazi got heated when the judge confronted the government about how they handled their search of former Secretary of State Hillary Clinton‘s emails. Judge Royce Lamberth didn’t hold back, accusing the State Department of turning over “clearly false” information in an affidavit they filed with the court.

A newly-released transcript of the hearing, which took place in D.C. federal court on Friday, shows that Judge Lamberth wasted no time in making his feelings known. He began by noting that the government had filed a motion for summary judgment, which he did not grant, and he’s glad he didn’t.

“[I]t was clear to me that at the time that I ruled initially, that false statements were made to me by career State Department officials,” the judge said, “and it became more clear through discovery that the information that I was provided was clearly false regarding the adequacy of the search and this – what we now know turned out to be the Secretary’s email system.”

Judge Lamberth specified that his problem is that when the government moved for summary judgment, they claimed that they had produced all of the relevant records that had been requested. As it turned out, this was not true, as emails from Clinton’s private email server had not been included. State Department attorney Robert Prince insisted that while their response may have turned out to be inadequate, the information they filed was true at the time.

The judge wasn’t going for it, and things got pretty contentious.

“I don’t understand that,” the judge said. “The State Department told me that it had produced all the records when it moved for summary judgment and you filed that motion. That was not true when that motion was filed.”

Prince disagreed, saying, “it might be that our search could be found to be inadequate, but that declaration was absolutely true.”

Prince disputed that take, and the judge accused the department of “doublespeak” and “playing the same word game” that Clinton played. Prince insisted that whether the search was adequate or not, 55,000 pages of Clinton’s emails had been searched prior to them filing their affidavit, and that this search was done before Clinton’s private server became publicly known. At that point, Judge Lamberth simply said, “I’ll have to take a look at that.”

A State Department spokesperson told Law&Crime, “The administrative review of the emails from former Secretary Clinton’s server is ongoing. The Department has no further comment.”

This is just one of several cases that Judicial Watch has brought against the State Department that involves Clinton’s private emails. This particular lawsuit is over records related to the government’s response and talking points related to the Benghazi attack. The Obama administration came under criticism when an early response said the attack was a response to a YouTube video, which turned out not to be the case. Clinton’s private email server was discovered during these cases.

Judicial Watch is currently seeking additional discovery, including sworn testimony from Clinton herself.

Note: This article has been updated with a statement from a State Department spokesperson.