‘I Will Never Forgive You’: School Shooter Sentenced for Murdering Student 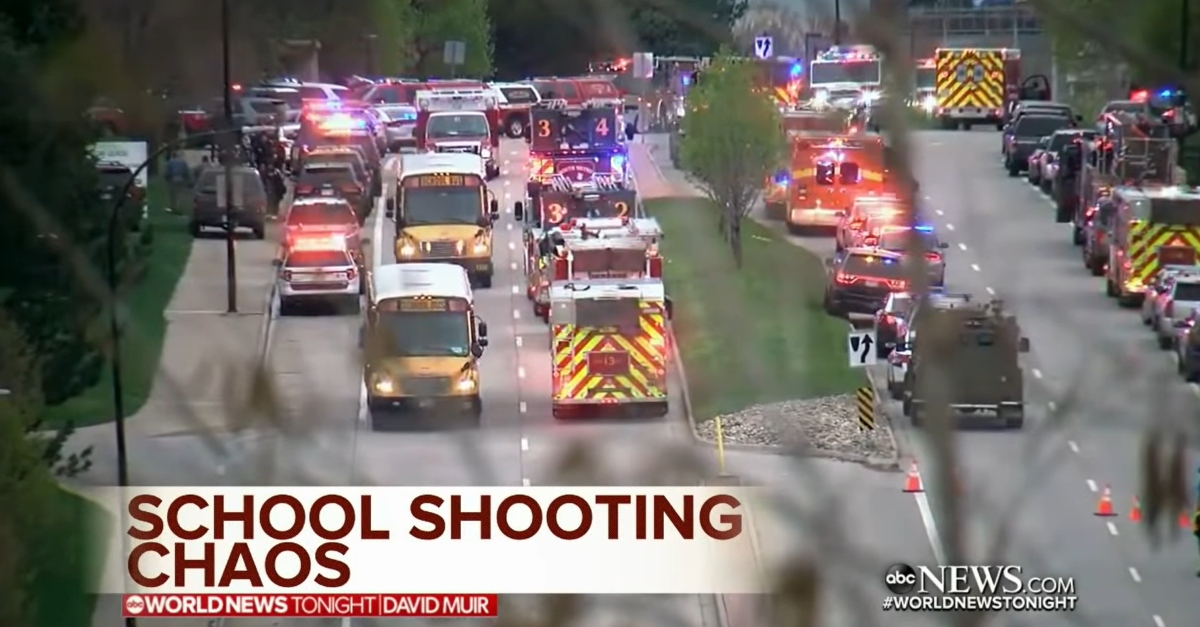 The sentencing of admitted Colorado murderer Alec McKinney was never really a matter of suspense. He faced some form of a mandatory life sentence after perpetrating a May 7, 2019 shooting at STEM School Highlands Ranch in greater Denver, and was immediately eligible for parole because he commited the crime as an adult. Nonetheless, victim impact statements highlighted the gravity of what he did.

“I condemn you to hell,” said John Costillo, the father of 18-year-old murder victim Kendrick Ray Castillo, according to KUSA-TV. “I will never forgive you, I hate you.”

McKinney, then 16, and co-defendant Devon Erickson, then 18, opened fire at the school, injuring eight and murdering Kendrick, authorities said.

The parents of 18-year-old Kendrick Castillo confirm that the high school senior was the student killed in Tuesday’s shooting at STEM School Highlands Ranch. A witness tells CNN that Castillo was shot while rushing a shooter and credited Castillo with saving several lives. pic.twitter.com/Xu7keSUEKL

Kendrick Castillo was credited with confronting a shooter and saving lives.

“My son’s life mattered, and as long I am alive, I will do anything and anything in power to make sure this evil killer will pay for what he did,” said mother Maria Castillo. “I will never forgive. My only wish is to see him dead, burning in hell.”

McKinney pleaded guilty in February to charges including first-degree murder, six counts of attempted murder after deliberation, and conspiracy charges. Now 17, he had been set to be tired as an adult. Erickson has pleaded not guilty, and that case is set for trial.

“I don’t deserve leniency nor forgiveness,” McKinney said at his sentencing. “I don’t want a lighter sentence. All I want is to take this opportunity to speak for myself and apologize for what I have done.”

McKinney tries to warn other potential school shooters: “This is to anyone who is thinking about a school shooting, get help now. Don’t be a coward and hide beind a gun. Be brave and learn how to get help.”

In the end, the defendant was sentenced to life in prison with the possibility of parole plus 38 years, according to The Denver Post.

[Screengrab of the school shooting aftermath via ABC News]