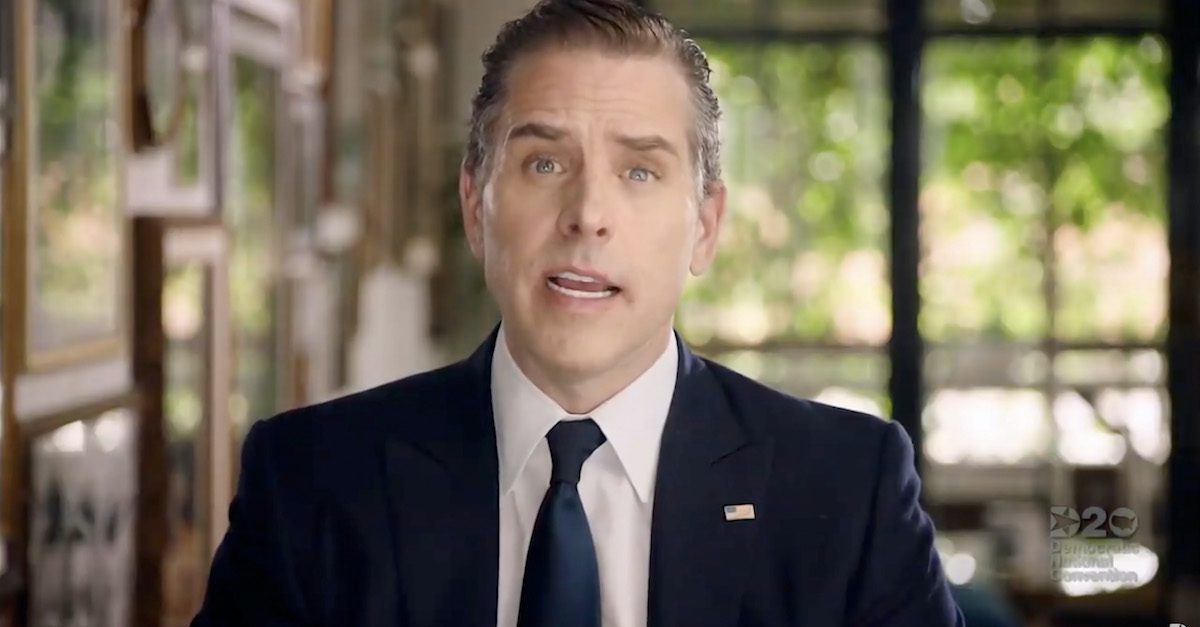 Hunter Biden, the son of President-elect Joe Biden, confirmed on Wednesday that his finances are being investigated by federal prosecutors in Delaware.

“I learned yesterday for the first time that the U.S. Attorney’s Office in Delaware advised my legal counsel, also yesterday, that they are investigating my tax affairs,” Hunter Biden said in a statement. “I take this matter very seriously but I am confident that a professional and objective review of these matters will demonstrate that I handled my affairs legally and appropriately, including with the benefit of professional tax advisors.”

The revelation comes just five days before slates of state electors are scheduled to select Joe Biden and Kamala Harris as the next president and vice president of the United States.

The Biden-Harris transition team issued a statement in response to the news, expressing support for President-elect Biden’s son.

“President-elect Biden is deeply proud of his son, who has fought through difficult challenges, including the vicious personal attacks of recent months, only to emerge stronger,” the statement said.

The U.S. Attorney for the District of Delaware is David C. Weiss, who was appointed by President Donald Trump in Feb. 2018.

Joe Biden’s emergence as a threat to President Trump’s re-election was the driving force behind Trump’s lengthy campaign to dig up dirt on the Bidens in Ukraine, leading to the impeachment of the 45th president of the United States in late 2019. After Trump’s acquittal in the Senate in early 2020, Senate Republicans continued subjecting Hunter Biden to immense scrutiny, opening several investigations into his overseas business dealings, specifically his work on the board of Ukrainian natural gas company Burisma Holdings.

In the run up to the 2020 election, President Trump and his supporters championed a dubiously sourced New York Post story involving a laptop allegedly left at a computer repair shop by Hunter Biden as proof that Joe Biden was unfit for the office of the presidency.

The story alleged that after Hunter Biden abandoned his laptop at a Delaware repair shop, the shop’s “legally blind” owner found incriminating photos and emails on the device which suggested that the former vice president leveraged his political power to enrich his son. The story has only gotten stranger since then. Based on the documents allegedly obtained from the computer, it was claimed that then-VP Biden directed U.S. foreign policy in Ukraine to help Hunter. The Wall Street Journal undercut a similar allegation about Joe Biden’s ties to a business venture in China.

President Trump mentioned the above, as well as Hunter Biden’s struggles with drug addiction during presidential debates.

Joe Biden said “Nothing was unethical” about Hunter’s gig on Burisma’s board.

[image via Handout/DNCC via Getty Images]