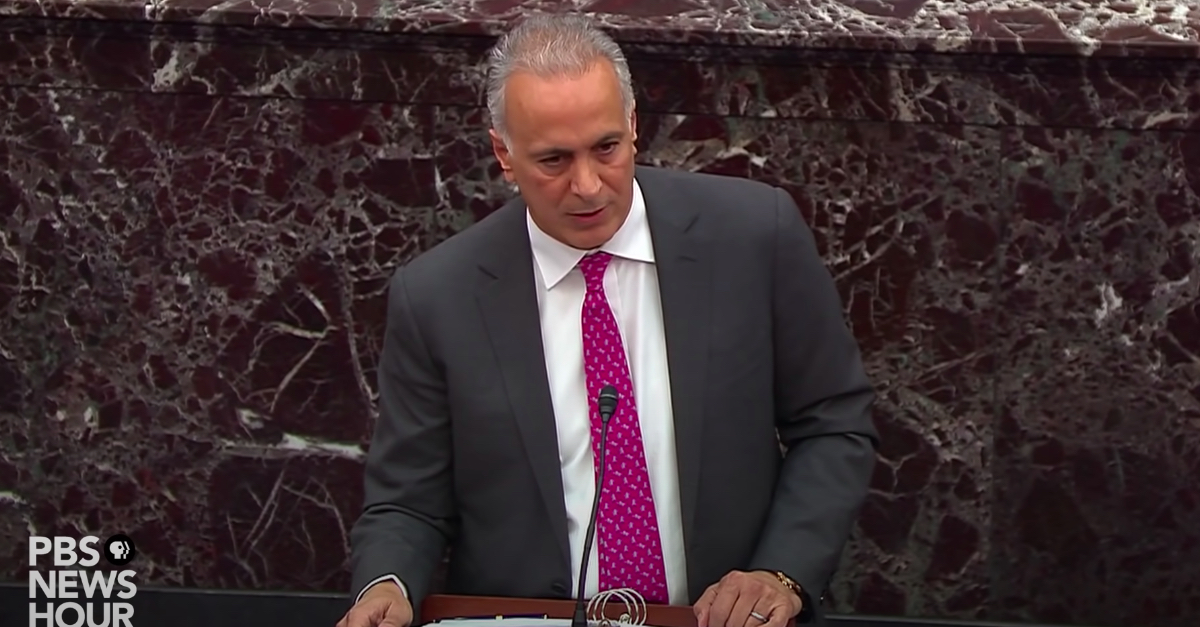 One of the White House lawyers who previously defended President Donald Trump during the impeachment over the Ukraine affair was also part of a select group of presidential allies that attempted to get the Wall Street Journal to publish a story they hoped would be critically damaging to the presidential campaign of Joe Biden, the New York Times reported on Sunday.

Eric Herschmann, a former private practice attorney at a Trump law firm, currently holds the title of “Senior Advisor to the President.” He and two other men with close ties to the administration, Arthur Schwartz and Stefan Passantino, reportedly met with WSJ reporter Michael Bender earlier this month, providing Bender with documents purportedly linking the former vice president to his son’s foreign business dealings with China.

According to the report, the trio gave Bender “a cache of emails detailing Hunter Biden’s business activities, and, on speaker phone, a former business partner of Hunter Biden’s named Tony Bobulinski,” who was willing to go on the record with allegations that Joe Biden “had been aware of, and profited from, his son’s activities.”

As the Trump allies waited for the Journal to “blow the thing open,” the Times said, the newspaper instead went to work fact-checking the allegations and drafting an article. The president’s personal attorney Rudy Giuliani took matters into his own hands, however, turning over a larger and more questionable cache of documents to the New York Post. The documents reportedly included some of the same emails.

The story published by the New York Post alleged that the documents made their way into Giuliani’s hands after Hunter Biden abandoned his laptop at a Delaware repair shop. The shop’s “legally blind” owner was then said to have found incriminating photos and emails on the device which suggested that the former vice president leveraged his political power to enrich his son. Based on the documents allegedly obtained from the computer, the article claimed that then-VP Biden directed U.S. foreign policy in Ukraine to help Hunter, who was a board member of the Ukrainian energy company Burisma Holdings. This is essentially a continuation of the narrative that Trump was impeached for soliciting.

Herschmann defended Trump, asking, “You can pay family members from our highest government officials and no one is allowed to ask questions?”

“The House managers coming before you are accusing the president of doing things, in their words, solely for personal and political gain and claiming he’s not doing things in the best interests of the American people,” Herschmann continued. “The American people are telling you just the opposite. The president’s approval rating while we’re sitting here in the middle of these impeachment hearings, have hit an all-time high.”

But while the New York Post claimed to have uncovered the “smoking gun” showing Joe Biden had abused his office as vice president, the story was little more than mere allegations of wrongdoing without evidence. The Post’s reporting, coupled with Giuliani’s refusal to allow journalists or computer experts to examine the hard drive, cast a “pall” over the story at the WSJ, the Times reported.

Both the news and opinion departments of the Journal did eventually publish stories on Hunter Biden’s foreign business affairs, but the news version of the story did not go as Herschmann et al. had planned. Instead, the piece was headlined “Hunter Biden’s ex-business partner alleges father knew about venture,” and concluded that “corporate records reviewed by The Wall Street Journal show no role for Joe Biden.”

The timing of the reported China “venture” that came to nothing was also revealed:

The venture—set up in 2017 after Mr. Biden left the vice presidency and before his presidential campaign—never received proposed funds from the Chinese company or completed any deals, according to people familiar with the matter.