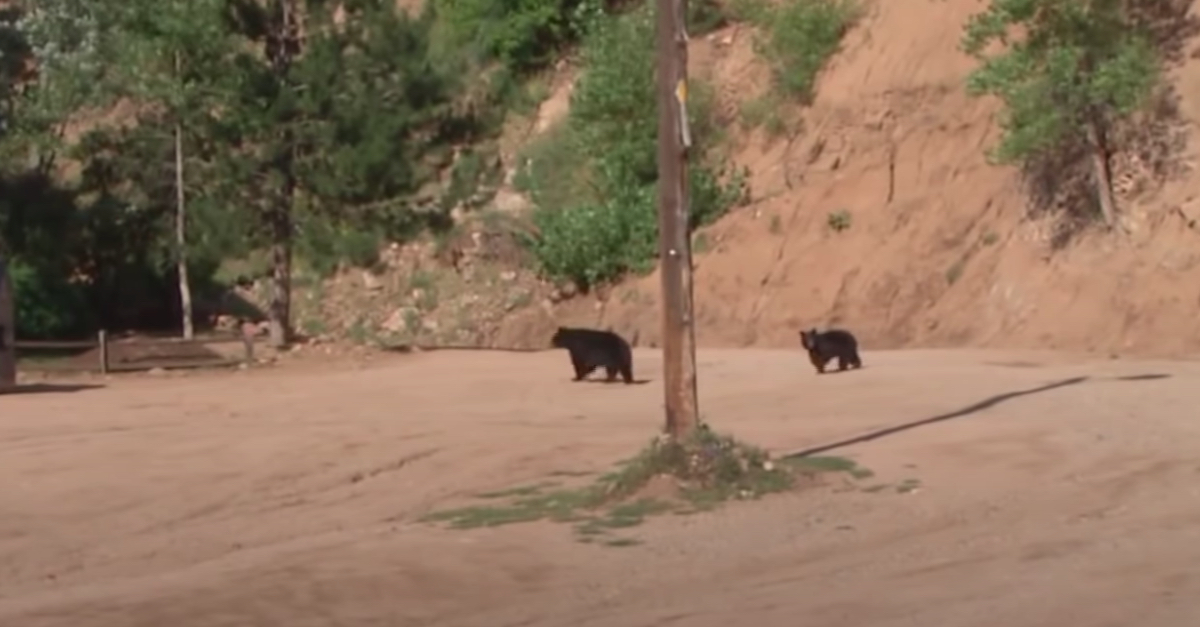 The bears pictured here are not the ones that were euthanized.

Human remains were found in two of the three black bears that authorities in Colorado euthanized over the weekend after they were found near the remains of woman who was killed in an apparent bear attack, several local news outlets reported Monday.

A 39-year-old woman who took her two dogs for a walk Friday morning in Trimble and never returned home was found later that same day by her boyfriend. He arrived back at the home only to find the dogs waiting outside. Approximately one hour later, the boyfriend found the victim’s remains on a parcel of private property located alongside the highway. He called 911 and Colorado Parks and Wildlife officers responded to the scene where they found “evidence of consumption on the body and an abundance of bear scat and hair,” according to a report from Out There Colorado.

Using trained tracking dogs, Parks and Wildlife officials located a 10-year-old fully grown female black bear and two yearlings under 2 years old believed to be responsible for the attack. Officials euthanized the bears and took the animals’ remains back to the health lab where necropsies were performed.

“A dangerous bear that’s had a fatal attack and the consumption of a person is not something we can allow to be out there on the landscape,” Jason Clay, a spokesman for Colorado Parks and Wildlife, said in a statement.

Wildlife pathologists late Sunday evening discovered human remains in the digestive systems of the fully grown female and one of the yearlings. All three of the animals were found to be “in good body condition with no abnormalities” that would have explained the motivation for attacking a human, an extremely rare occurrence in Colorado which has seen only four such fatal attacks since the early 1970s, according to NBC affiliate 9News.

According to Parks and Wildlife Southwest Region manager Cory Chick, the bears had to be euthanized or else it would be “very likely” that they would attack another person.

“Once a bear injures or consumes humans, we will not risk the chance that this could happen to someone else. We humanely euthanize that bear because of the severity of the incident” Chick said. “Bears will return to a food source over and over. A bear that loses its fear of humans is a dangerous animal. And this sow was teaching its yearlings that humans were a source of food, not something to fear and avoid.”

Parks and Wildlife Director Dan Prenzlow reiterated that, after the animals killed and consumed a person, euthanizing them was the only option on the table.

“Whenever an animal is euthanized, we receive many questions about why that action was necessary,” he said. “Our responsibilities to the natural resources of the state are many, but we have no more important duty than to manage these resources in a manner that keeps Coloradans and our visitors safe. Euthanizing wildlife is never an action our officers take lightly, but we have an obligation to prevent additional avoidable harm.”

An autopsy is expected to be performed on the woman Tuesday at the La Plata County coroner’s office to determine her official cause of death.