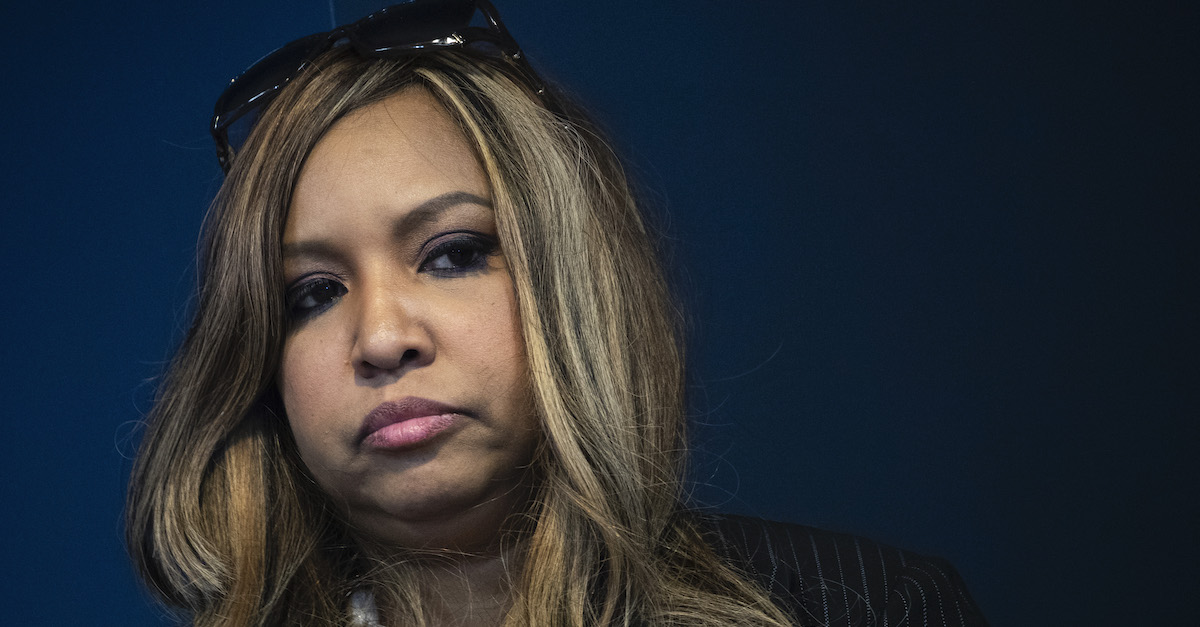 Lynne Patton, a longtime Trump family aide turned Regional Administrator for the U.S. Department of Housing and Urban Development (HUD), has received a letter of reprimand after two Hatch Act complaints were filed against her at the Office of Special Counsel (OSC).

The OSC, not to be confused with the Special Counsel’s Office, responded to the complaints filed by Citizens for Responsibility and Ethics in Washington (CREW), saying that the “alleged the activities were Hatch Act violations.”

“Although OSC concluded that Ms. Patton violated the Hatch Act, we decided her violations do not warrant disciplinary action and are closing our files without further action,” the OSC said.

Erica S. Hamrick, the Deputy Chief of the Hatch Act Unit at the OSC, noted the differences in the two complaints. The first complaint pertained to Patton’s liking of tweets using her official Twitter account:

On February 7, 2018, she liked a tweet from RNC Chairwoman Ronna McDaniel that opposed Senator Joe Manchin and read in part, “If Joe Manchin can’t be honest about where he stands, he doesn’t deserve to stand for West Virginians.” On April 19, 2018, she liked a post from “@GOP,” which advocated in favor of confirming Mike Pompeo as Secretary of State. And on April 25, 2018, she liked a tweet from Kanye West, which read, “my MAGA hat is signed,” and included a picture of his signed campaign hat.
Liking tweets that advocate for or against partisan political candidates, originate from a political party, or include pictures of campaign material constitutes political activity for purposes of the Hatch Act.

The second complaint had to do with Patton “displaying a campaign hat in her HUD office”:

On March 30, 2019, Ms. Patton was profiled in a New York magazine article about her role at HUD. Accompanying the story was a photograph of Ms. Patton sitting at her desk in her HUD office, with a red “USA” hat displayed on a shelf behind her. After the article was published, it was discovered that the hat was an “official USA 45th presidential hat” sold on the Trump/Pence campaign website.

Displaying a campaign hat in the federal workplace violates the Hatch Act’s prohibition against engaging in political activity while on duty or in a federal room or building. But OSC’s investigation found that neither Ms. Patton nor HUD ethics counsel realized the campaign was selling the “USA” hat until after these allegations were made public. Once Ms. Patton became aware the campaign was selling the hat, she immediately removed it from display in her office.

You can read the rest of the letter below.

In this case, Patton received a letter of reprimand. In the end, OSC determined that Patton “violated the Hatch Act by unwittingly displaying a campaign hat in her office and ‘liking’ partisan political tweets on her official Twitter account,” and therefore decided a reprimand was sufficient.

The OSC said, however, that Patton has been “advised that if in the future she engages in prohibited political activity while employed in a position covered by the Hatch Act, we will consider such activity to be a willful and knowing violation of the law, which could result in further action.”

CREW Executive Director Noah Bookbinder reacted to the OSC determination by saying “it appears” Patton is still acting like a Trump aide.

“After years of serving Donald Trump’s interests, it appears that Lynne Patton is still doing so in her taxpayer-funded job,” he said in a statement obtained by Law&Crime. “In a democracy, laws preventing the government from acting to keep itself in power are crucial, and we will work tirelessly to see that they are enforced.”

“The Trump administration is an ethical quagmire, full of officials who act as if their job is to advance the president’s personal and political interests at taxpayer expense,” he added. “Change needs to happen for the good of our democracy.”

In a press release, CREW identified Patton as the “13th Trump official to be reprimanded for violating the Hatch Act and the 11th following a CREW complaint.”

There have been cases where OSC recommended consequences as severe as removal from federal service for repeated Hatch Act violations. The White House declined to fire Kellyanne Conway.

Letter regarding Lynne Patton by Law&Crime on Scribd