A Cop Killed a ‘Well-Trained’ Pit Bull for Growling at Him. He Was Denied Immunity Because Dogs Growl. 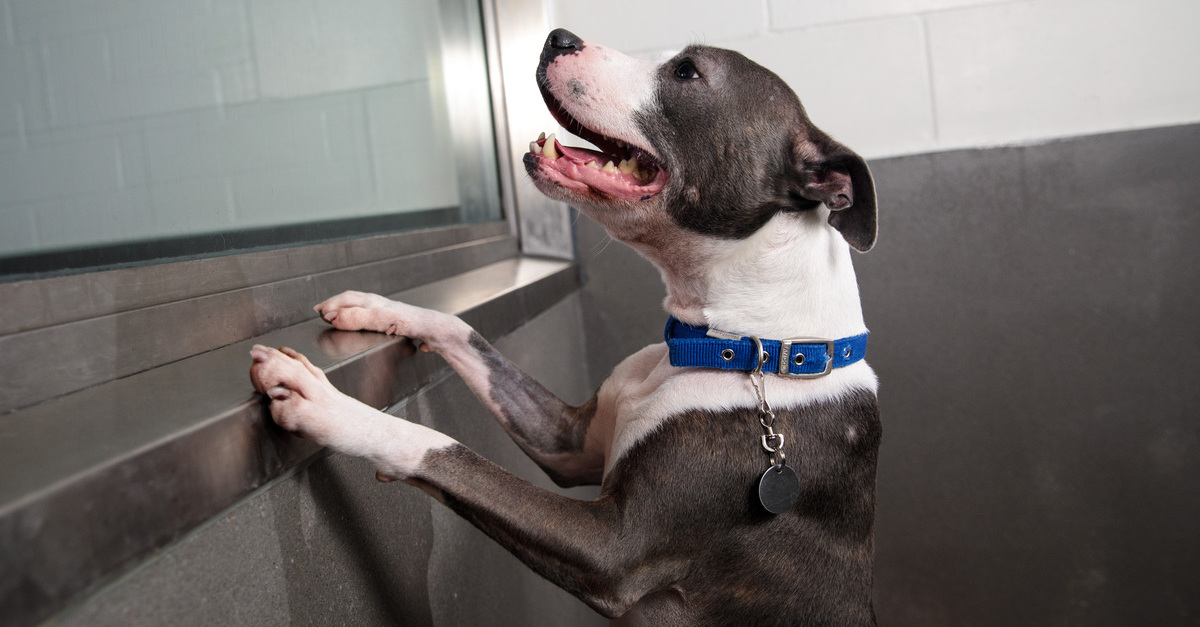 This is not a photo of the dog that was killed.

A police officer in Michigan was denied immunity by a federal court after he controversially shot and killed a pit bull in 2014.

In a 16-page opinion issued by the U.S. Court of Appeals for the Sixth Circuit on Wednesday, a three-judge panel issued the extremely rare denial of qualified immunity to Jackson Police Officer Michael Peters.

On November 28, 2014, Peters and another officer, Lewis Costley, were sent out to locate a man who had failed to pick up his medication on time–an order issued by a probate judge. Upon arriving at the addresses provided by dispatch, the officers realized they were both part of the same building and essentially a duplex.

Costley knocked on the door of one residence and turned back after failing to receive any sort of reply. Peters, however, took it upon himself to enter the home of DaShuna Richards and Eddie Harris.

That was Peters’ first mistake. The decision notes:

Peters does not argue that he had a warrant, consent, or exigent circumstances to enter the home. Instead, his argument turns on whether he had entered the plaintiffs’ home at all. Peters claims that he reasonably believed the front door led to a common entryway shared by multiple residences, and he argues that individuals have no “objectively reasonable expectation of privacy in the unlocked and open common hallway and stairway of [their] duplex.”

The Sixth Circuit didn’t find this argument persuasive at all.

“Peters contends that the front screen door was slightly ajar and there was no solid door behind the screen door, so he presumed that the door led to a common front entry for multiple apartments, despite his acknowledgement that only one house number—513—was listed next to the door,” the decision notes.

“In contrast, Richards and Harris testified that the door was not a common entry. Instead, they contend that Peters walked through the front door of their home—a door that did not provide entry to any unit other than 513, as indicated by the address marked next to the doorway. Both Richards’s testimony and multiple photographs of the property contradict Peters’s description of the door.”

What the foyer argument won by the plaintiffs amounts to is two-fold: (1) Peters violated the Fourth Amendment by unlawfully entering/searching the home of Richards and Harris; and (2) a jury will now be allowed to decide whether his violation was reasonable.

A Michigan jury will also get the opportunity to decide whether or not Peters made a reasonable decision when he shot and killed Richards’ and Harris’ “well-trained” dog Kane Lee Chaney.

After unlawfully entering the couple’s apartment, Peters was shouted at by Harris. He then identified himself as “Police.”

The court recounts the hectic sounds and scene that followed:

Peters initially claimed that Kane was biting his “feet and ankles” but eventually backtracked and said the dog was not actually attacking him. Peters finally settled on the argument that he shot the animal because “he believed Kane was going to bite him.”

But just growling isn’t quite enough to take a dog’s life in Michigan.

Rather, the court reasons, growling at an intrusive stranger is actually fairly common behavior for a dog. Again, the Sixth Circuit:

Here, Peters’s only reason to believe that Kane presented an imminent threat was that he ran down the stairs and growled when an unknown person entered his home. As the district court noted, this behavior is distinguishable from more serious displays of aggression akin to lunging or biting because “descending stairs, barking, and growling” is “naturally expected of a dog when a stranger enters its home.”

“We do not hold today that a dog must bite an officer before he can fire his weapon,” the court continues. “But a jury could reasonably find that the absence of any aggression apart from growling is a factor that cuts toward unreasonableness in assessing the totality of the circumstances.”

The upshot here is that Peters’ peers will get to decide if his killing of the dog was a reasonable violation of the Fourth Amendment’s prohibition against unlawful seizure. And, the court strongly suggests that his concomitant violation of the prohibition against a warrant-free search is an argument against him. Because qualified immunity was denied, the lawsuit against Peters may proceed.

Qualified immunity is a heavily-criticized legal doctrine developed by judges on the Supreme Court. Through a series of piecemeal decisions, the doctrine was steadily developed to claw back the rights of citizens who attempt to force redress from government agents over constitutional violations.