Did Fox News Spark a Federal Investigation of Google? 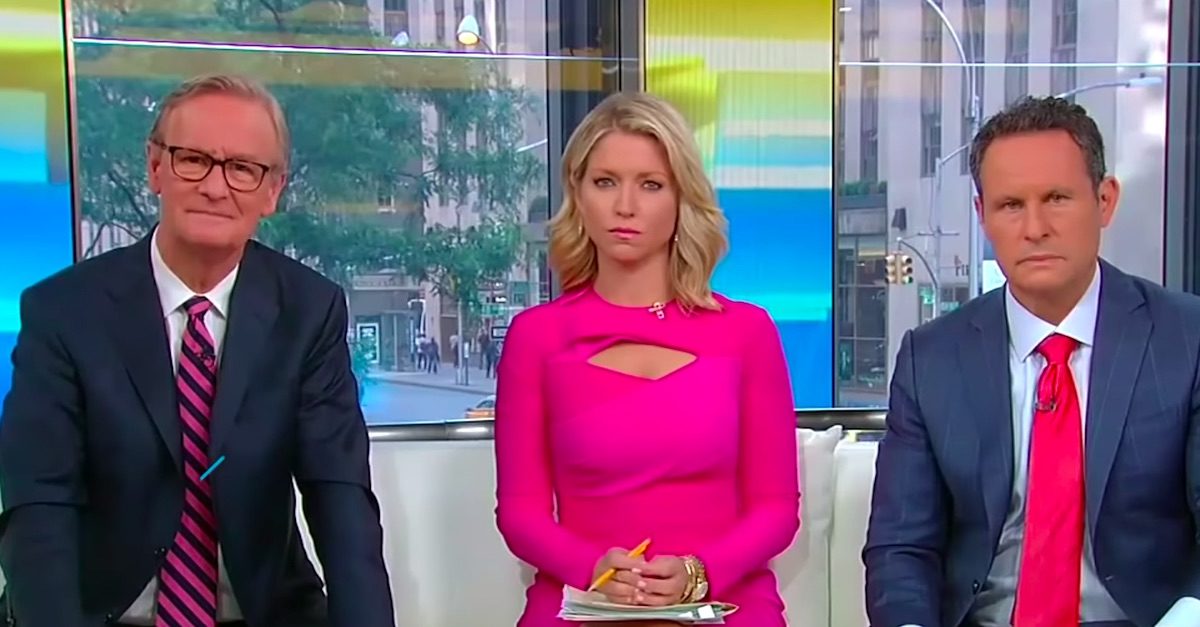 Donald Trump on Tuesday tweeted that his administration is going to “take a look” at whether Google has committed treason by working with the Chinese government.

“Billionaire Tech Investor Peter Thiel believes Google should be investigated for treason. He accuses Google of working with the Chinese Government,” Trump tweeted, attributing the statement to Fox & Friends‘ Twitter handle. “A great and brilliant guy who knows this subject better than anyone! The Trump Administration will take a look!” Trump said, referring to Thiel.

Then there was this:

Trump recommends to Attorney General William Barr that he investigate Google for treason because Peter Thiel pushed an evidence-free conspiracy theory about Google colluding with China during an 11-second Fox News clip he saw this morning https://t.co/r0pxC96Ky9 pic.twitter.com/i50aGxYd3K

Trump sent the tweet after Fox & Friends aired portions of an interview with Thiel and Fox News host Tucker Carlson from Monday night. Thiel, who co-founded PayPal and sits on the Facebook board of advisors, discussed a speech he gave Sunday at the National Conservatism Conference where he called for the FBI and CIA to investigate Google for treason.

During his speech, Thiel reportedly said there were “three questions that should be asked” of Google, according to Axios:

“Number one, how many foreign intelligence agencies have infiltrated your Manhattan Project for AI?”

“Number two, does Google’s senior management consider itself to have been thoroughly infiltrated by Chinese intelligence?”

“Number three, is it because they consider themselves to be so thoroughly infiltrated that they have engaged in the seemingly treasonous decision to work with the Chinese military and not with the US military… because they are making the sort of bad, short-term rationalistic [decision] that if the technology doesn’t go out the front door, it gets stolen out the backdoor anyway?”

Thiel went on to unleash a diatribe about what he perceives to be the nation’s many shortcomings, saying that Americans were “too fat“and “addicted to drugs,” but claiming that “the biggest problem in our society is the problem of political correctness.”

There are no public reports that Google has been infiltrated by any Chinese intelligence officials and the company claimed Thiel’s accusations were completely baseless.

“As we have said before, we do not work with the Chinese military,” Riva Sciuto, a Google spokeswoman, said in a statement.