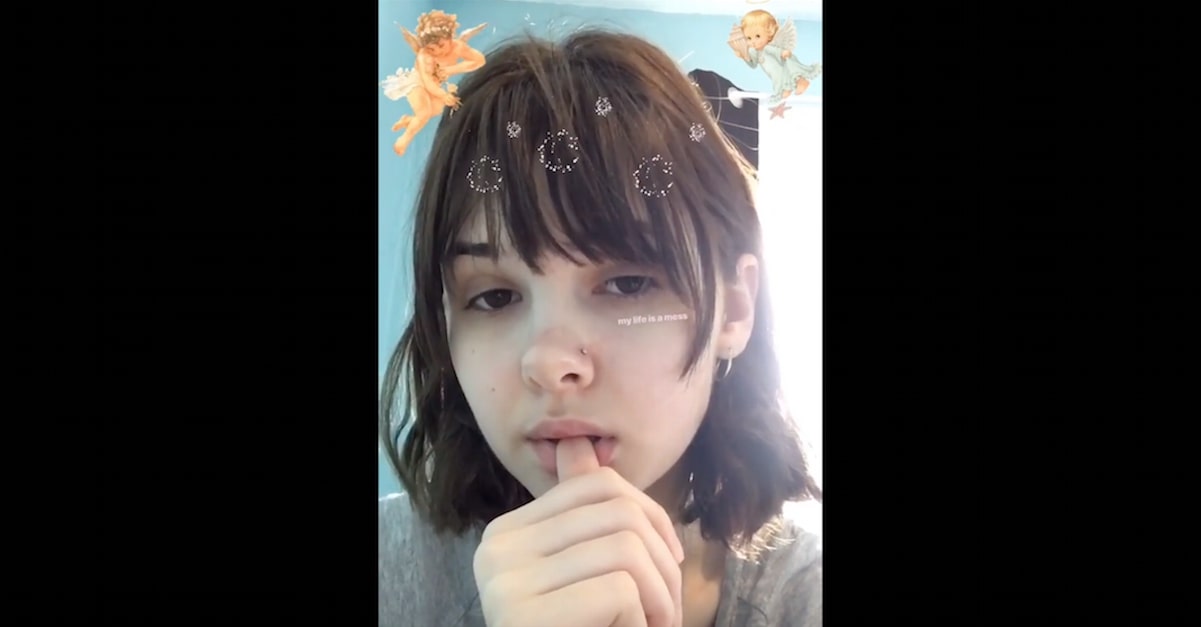 A 21-year-old from Cicero, NY, allegedly slit the throat of 17-year-old “e-girl” Bianca Devins and posted a photo of her lifeless body online with the caption, “I’m sorry Bianca.” According to police, Brandon Andrew Clark posted the image early Sunday after the two attended a concert together. He then called the cops on himself.

Devins was reportedly popular on the app Tik Tok and had a few thousand Instagram followers before her death. Her account jumped up to 100,000 followers shortly following Clark’s posting of the photo. Devins also reportedly had a following on 4chan and Discord. Clark and Devins’s relationship may not have been based on Internet fame.

Police officers found Clark lying next to his SUV in Utica. He had allegedly pulled out a knife and slit his own throat, posting a photo of himself bleeding out on Instagram. He then took a photo of himself lying across Devins’ body, which police found under a tarp by Clark’s vehicle. After he was found by police, Clark was rushed to the hospital for surgery. The images Clark posted reportedly stayed up on Instagram for most of the day on Sunday.

While the photos stayed up for nearly all of Sunday, the website deactivated Clark’s account Monday morning. At the time of deactivation, Clark’s Instagram bio read “10/06/1997 – 7/14/19. Just know that I feel no pain now.”

According to Devins’s parents, both she and Clark had been dating for the past two or three months, and their relationship started on Instagram. Their relationship gradually progressed into a “personal intimate one,” in which the two spent time with each other offline, meeting each other’s respective families.

Devins’ sister, Olivia Devins, refuted the idea that Clark was just an online fling, saying on Instagram, “It wasn’t just an ‘internet boyfriend’ this was a close family friend whom we’ve met and trusted so much. I do not want false information being spread around.”

On Saturday, the two were meant to go to a concert in New York City, and it is believed that they attended the event. They then left and drove back to Utica around 10 p.m. Saturday night and had an argument which allegedly culminated in Clark brandishing a knife and murdering Devins. Clark was arraigned for the murder charge on Monday, but remains hospitalized.