What to Know About Harvey Weinstein Trial | Law & Crime 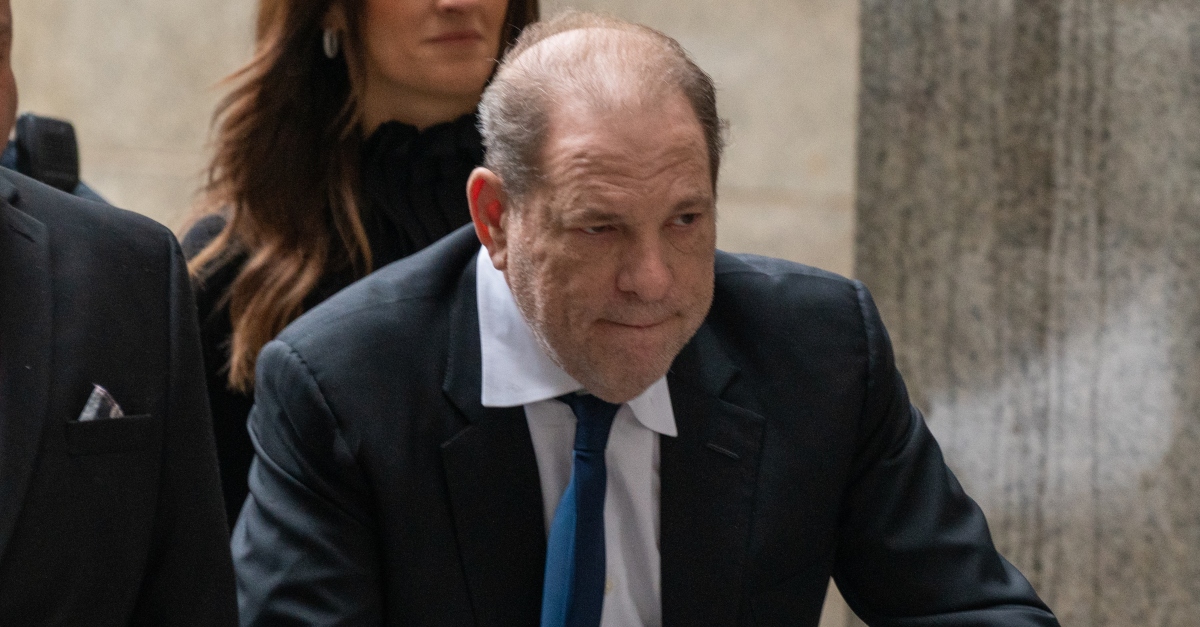 Disgraced Hollywood producer Harvey Weinstein is scheduled to stand trial in the alleged sexual assaults of two women in New York City. Proceedings won’t be live-streamed, but Law&Crime Network host Jesse Weber will be in court every day, and will report live afterwards.

Here’s what you need to know about the case.

More than 80 women accused Weinstein of sexual misconduct. including rape. His alleged M.O. is that he misused his power as a Hollywood producer to prey on women. The NYC trial concerns two of the alleged victims: Mimi Haleyi and an unnamed woman identified as “Complaining Witness 1.”

Haleyi, a former production assistant, says Weinstein lured her into a SoHo loft in July 10, 2006, and forcibly performed oral sex on her. She publicly stepped forward with her story in 2017. According to Haleyi, he asked her, “‘Don’t you feel we’re so much closer to each other now?’ To which I replied, ‘No.’”

There was a third alleged victim, but that case was dismissed.

The defense’s stance: Weinstein is a flawed person, but innocent of the crimes.

“Well, he cheated on his wife,” attorney Donna Rotunno said on CNN. “He made very bad decisions in business in terms of how he treated people, and he’d be the first one to admit those things were not nice.”

Lawyer Benjamin Brafman made such an argument against CW-1 back when he represented Weinstein. In a August 3, 2018 filing, he described the alleged victim’s interactions with the defendant as a “long-term, consensual, intimate relationship.” He argued that she kept in touch with Weinstein for over four years after the alleged rape. She wrote over “400 warm, complimentary and solicitous emails” in which she never claimed the defendant hurt her, he wrote.

3. Other Alleged Victims Are Expected to Testify

Four other alleged victims are expected to testify. The state is trying to show jurors that Weinstein’s actions were a pattern of predatory behavior. One of the women is Sopranos actress Annabella Sciorra. She said that Weinstein entered her apartment uninvited in the early 1990s, and raped her.

“He shoved me onto the bed, and he got on top of me,” she told The New Yorker. “I kicked and I yelled.”

On Monday, January 6, both sides appear in court for a judicial conference. Jury selection begins the day after.

5. Learn More in This Special About the Case