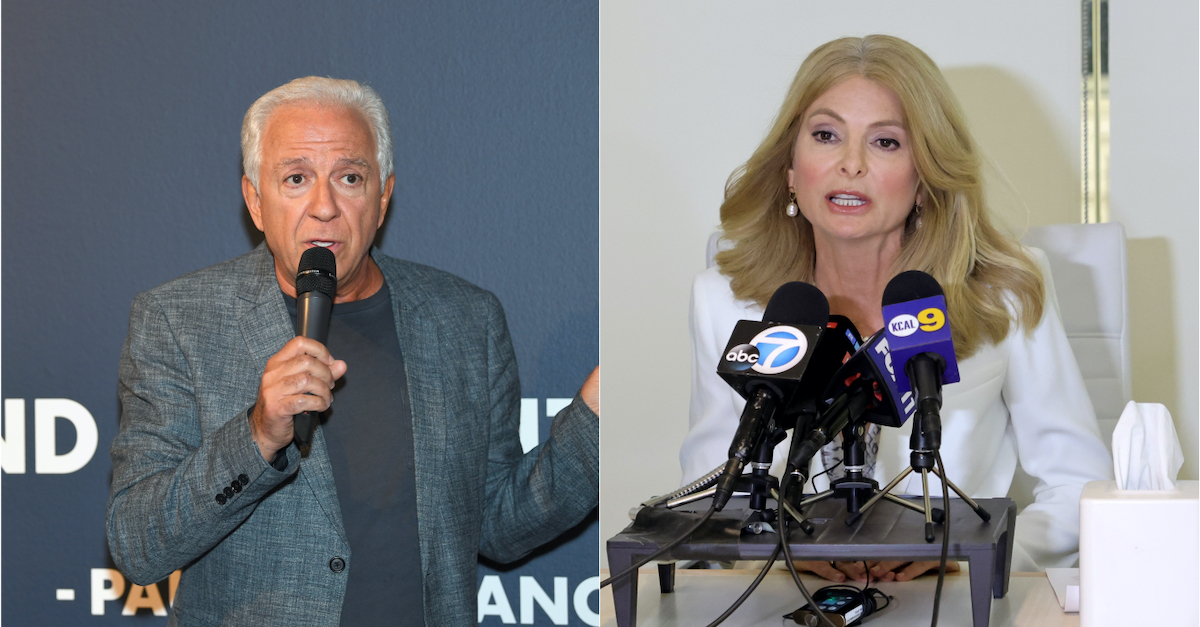 “The Bloom Defendants’ practice is to target well known individuals and public companies with accusations of improper behavior, typically under the guise of a purported sexual harassment claim, and threaten to make those accusations public. Whether the accusation is true or not does not matter,” Marciano’s attorney Gary Jay Kaufman wrote in a 27-page complaint. “What matters is making the target pay up.”

“His Strongarm Tactics Do Not Work”

Marciano’s lawsuit claims that threatened litigation accusing him of sexual misconduct forced him to “play an extortive game of Russian Roulette,” one in which he says he ultimately folded through a settlement that explicitly denied rape allegations contained in a draft complaint.

“Extortion can exist even when the information threatened to be made public is, in fact, true,” the lawsuit states. “But in this case, the Bloom Defendants threatened to publicize despicable accusations that they knew were utterly false.” (Emphasis in original)

In an email, Bloom characterized Marciano’s lawsuit as blowback for her efforts holding the powerful to account.

“Over twenty women have accused Paul Marciano of sexual harassment and sexual assault (most of whom I did not represent), according to Guess’ own records,” Bloom told Law&Crime in a statement. “Guess has stood by him for decades despite the pleas of so many women for justice and a recent shareholder revolt. His strongarm tactics do not work on me.”

Bloom also pointed the timing of the lawsuit, which she said falls about a week before his scheduled deposition.

“He is getting desperate. He is losing the case and he knows it,” she wrote.

Addressing the fashion designer personally, Bloom said: “Mr. Marciano, I look forward to your appearance in my office next week where you will, for the first time, have to answer questions under oath about my client’s sexual assault claims against you. I am ready. Are you?”

Marciano’s lawsuit claims that Bloom’s former client became a “whistleblower,” whose identity is shielded in the complaint as “S.S.” and who allegedly disavowed rape claims in the following sworn declaration:

Bloom says that her firm has “many confidential emails” from this client “describing her appalling story of what Paul Marciano did to her.”

“We get client approval on everything we send out,” she added.

According to lawsuit, the scope of Bloom’s representation with the client did “not cover litigation services of any kind,” meaning that the firm “never had any intention–or authority–to actually file” the threatened complaint.

“This was not legitimate legal advocacy,” the complaint states, emphasizing the negative. “It was nothing more than an old-fashioned shakedown.”

Bloom said that the lawsuit will not deter her from pursuing Marciano.

“I will not be distracted,” she wrote in her statement. “This laughable, baseless case will be thrown out early.”

The daughter of likewise prominent feminist lawyer Gloria Allred, Bloom represented eight women awarded settlements from a fund designed to compensate Jeffrey Epstein survivors, and most of her practice centers around representing alleged victims of sexual abuse and misconduct.

The complaint points to a controversial, if unrepresentative, part of her career representing disgraced Hollywood producer Harvey Weinstein.

In a memo first unearthed in the book She Said: Breaking the Sexual Harassment Story That Helped Ignite a Movement, Bloom strategized undermining allegations by actress Rose McGowan against Weinstein.

“I feel equipped to help you against the Roses of the world, because I have represented so many of them,” Bloom wrote in the December 2016 memo. “They start out as impressive, bold women, but the more one presses for evidence, the weaknesses and lies are revealed.”

That memo, though not directly relevant to Marciano’s claims, is reproduced in the complaint.