‘They Went Through So Much Agony’: Celebrity Attorney for 8 Jeffrey Epstein Victims Gives Clients’ Perspective on Ghislaine Maxwell Trial 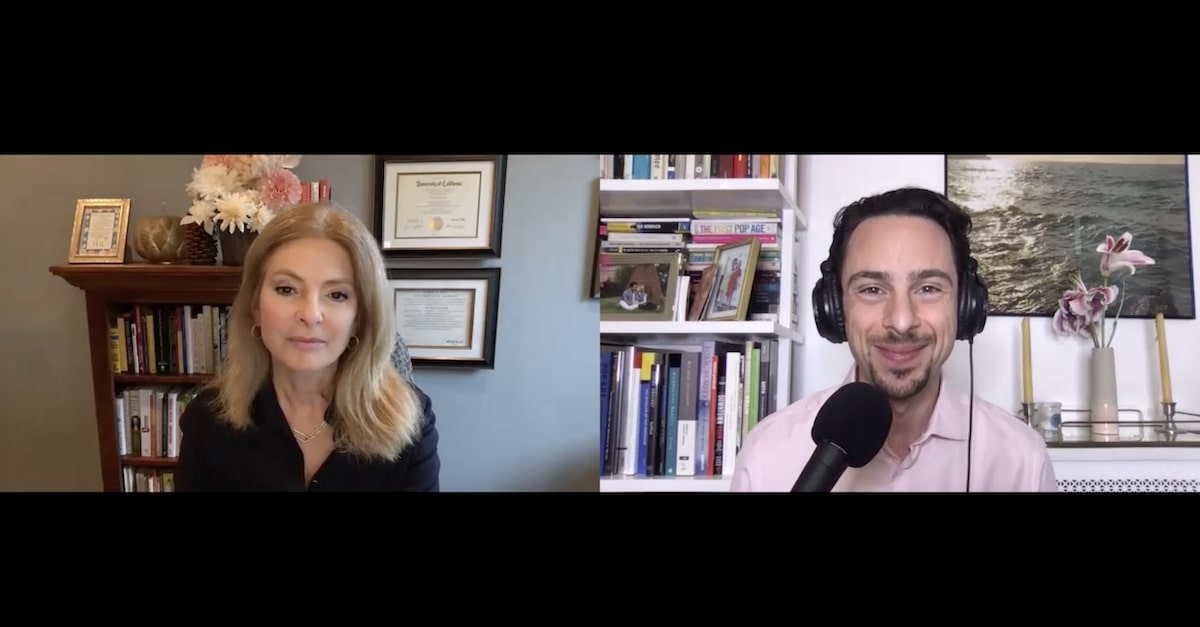 Throughout Ghislaine Maxwell’s sex trafficking trial, her attorneys have sought to discredit her alleged victims along themes of “memory, manipulation and money.” The lawyers will likely cast those topics into sharper relief as the defense case begins on Thursday.

“There Is No Perfect Victim”

Attorney Lisa Bloom, who has represented eight women awarded settlements from a fund designed to compensate Jeffrey Epstein victims, unpacks that defense strategy through the eyes of her clients in the latest episode of Law&Crime’s podcast “Objections: with Adam Klasfeld.”

“There’s no perfect victim,” Bloom said in a Zoom interview. “There’s no perfect plaintiff, and I do civil cases. And you know, you take your victim as you find them. It’s very common that there would be drug abuse, or you know, selling sex for money or inconsistent memories.”

Bloom’s clients are not the same women taking the stand against Maxwell, but they share similar stories. Multiple alleged victims told jurors about their struggles with drug and alcohol abuse. A 44-year-old from actress from the United Kingdom, who testified under the pseudonym “Kate,” told jurors flatly: “I was addicted to alcohol, cocaine, and sleeping pills.” Another, testifying only under the first name Carolyn, disclosed having had sex with men for money while working as a stripper and an escort.

Referring to these sometimes-complicated histories, Bloom said: “All that is very typical and normal and doesn’t faze me.”

“I know what PTSD is, because virtually all of my clients in sexual harassment and sexual abuse cases have post traumatic stress,” she said. “It has a profound impact on someone’s life. It’s very limiting. It’s very triggering. I’ve had clients go into mental hospitals, give up their careers. I mean, this is very significant stuff, and it underscores how damaging sexual abuse is. It is not a negative, as the defense always tries to paint it.”

“Jane,” a soap opera actress who testified that she was 14 years old when Epstein and Maxwell allegedly abused her, told jurors that there were times during her teenage years when she tried to hurt herself.

Bloom said that is not uncommon for her clients, either.

“I will tell you that in the last few weeks, I had a client who was suicidal, who was admitted to a mental hospital,” Bloom said. “I have clients who engage in a lot of self harm. I have clients who very commonly have drug and alcohol problems. And sometimes they disappear.”

“You Can Do Hard Things”

Bloom made clear in the interview that she did not want to frame the experiences of her client entirely in the “negative.”

“I’ve never been prouder of a group of clients. They went through so much agony, and so many mental health disorders as a result of being sexually abused by this man,” the attorney added.

She said that the same was true of the women who took the stand against Maxwell.

“I’m sure they were terrified, but they came in. They held their head high. They answered the questions, and I suspect that when they walked out of the courtroom, they were a little stronger and able to face other things in their life with a little bit more courage,” Bloom said.

For most of the accusing witnesses, testifying was a grueling affair. Most teared up on the witness stand. Carolyn broke down crying when she told jurors she was “buying drugs” with the money she received from Epstein’s so-called “massage” sessions. “Jane” and “Kate” also appeared to get emotional on the stand.

U.S. District Judge Alison Nathan urged courtroom sketch artists not to draw detailed renderings of those testifying under pseudonyms, and the resulting artwork occasionally showed a tissue being raised to otherwise blurred out faces.

In brutal cross-examination, Maxwell’s lawyers Bobbi Sternheim and Laura Menninger methodically questioned variations in the testimony their client’s alleged victims gave in contrast to what notes suggested they told the FBI. “Jane,” the first accuser to testify, was apparently so disturbed that she texted her brother to insult Menninger, in what the defense argued was a violation of the court’s sequestration order.

As a result, the brother did not testify during the government’s case.

Annie Farmer, a practicing therapist and the only of Maxwell’s alleged victims to testify under her real name, maintained her composure and professional poise on the witness stand.

“Their Job Is to Pick, Pick, Pick Apart the Story”

As the defense prepares for its case, Bloom had little doubt from what she saw that Maxwell is represented by capable lawyers, and she affirmed that everyone accused of serious crimes is entitled to a zealous defense.

“They’re very good attorneys,” she said. “There’s no doubt about it. Their job is to pick, pick, pick apart the story; show inconsistencies; sow doubt; and that’s what they tried to do, I think, with every witness.”

She did, however, question one analogy that one Maxwell attorney made about Epstein during opening statements.

“I thought the defense was a little bit long winded and said some crazy things like Jeffrey Epstein is the ’21st century James Bond,'” Bloom said. “Other than them both being misogynist? I don’t see that.”

That said, Bloom anticipated that the case was headed toward a conviction: “I thought the prosecutors did a very strong job.”

Judge Nathan rejected the defense’s motion for an acquittal on all counts, and Bloom considered the accusers’ testimony “very credible.” “Kate,” who was 17 at the time of her alleged abuse, will not be considered a “victim” in the case as she was above the age of consent in the relevant jurisdictions.

Bloom said that her clients will be watching for a verdict, closely.

“A lot of this is out of their control,” Bloom said, referring to her clients. “They’re not victims in this case, right? They had their own cases, where they did have control. That’s the nice thing about doing civil cases—what I do—is that the client actually has a lot more control. She can make the decision whether to file whether to settle.”

“In a criminal case, the state, the prosecutors, they make that decision,” she added. “So they know that that could happen. She could be acquitted. I think it’s highly unlikely, and I all I can tell you is I think [an acquittal] would be very distressing to them.”

Listen to the podcast below.