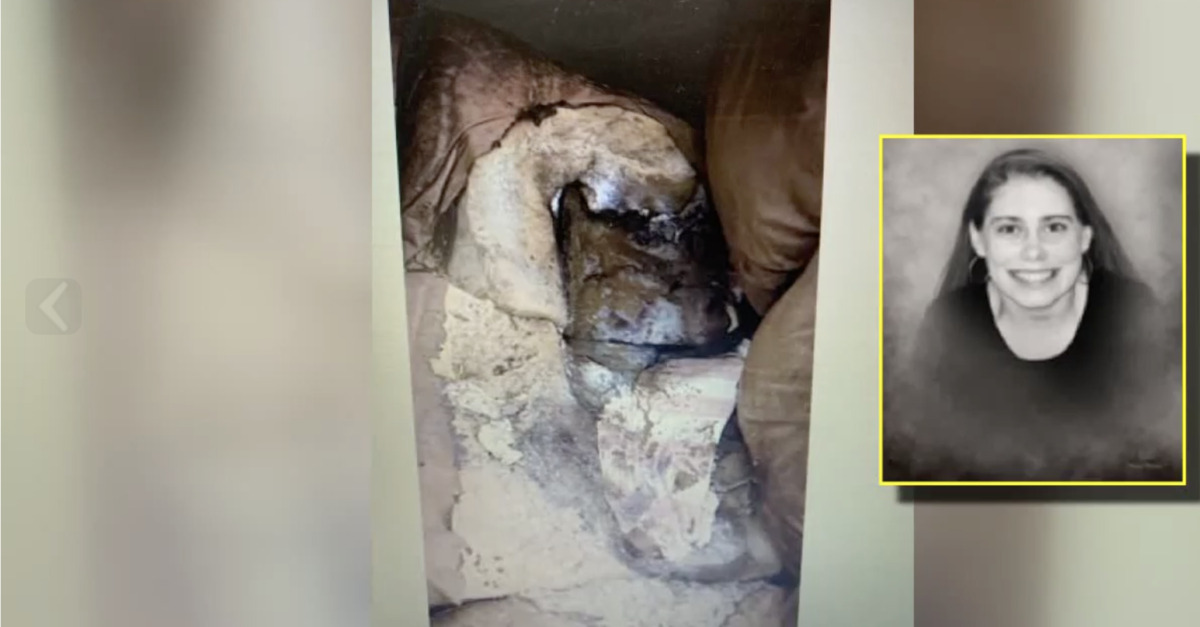 Two Louisiana parents accused of neglecting their daughter to death have been indicted on murder charges.

The parents were previously accused of neglecting their daughter Lacey Ellen Fletcher, 36, by leaving her on a couch—possibly for years. Fletcher’s body bore a hole through the upholstery and cushion, authorities said. The hole was filled with feces and urine. Authorities reportedly said there was fecal matter shoved into Fletcher’s face, chest, and abdomen, and that her hygiene was so neglected that were maggots in her matted, knotted hair.

“I couldn’t eat for a week, and I cried for a week,” he told Baton Rouge-based ABC affiliate WBRZ in a Tuesday report.

It was unknown when the couple last moved their daughter, said D’Aquilla, according to NOLA.com.

“She just urinated and used the bathroom on the couch,” he said. “It was so horrific.”

But neighbor Robert Blades told WBRZ that he last saw Lacey outside about five or six years ago. He reportedly voiced shocked that the parents, in the outlet’s paraphrasing, “could have kept such an awful secret.”

“They go to church every weekend… and do anything for anybody,” he reportedly said.

The Fletcher parents allegedly maintained to investigators that their daughter developed “some degree of Asperger’s syndrome of 9th grade when she started being home schooled,” and they insisted that it was she who decided never to leave the couch and instead went to the bathroom on the couch or a nearby towel, according to NOLA.com

Sheila Fletcher allegedly maintained that she routinely cleaned her daughter’s sores, and her daughter never complained about them.

“On a murder, you have to have intent,” D’Aquilla has reportedly said. “Did they want to kill her? I want to say yeah, they wanted to kill her.”

He welcomed the indictment.

“It’s justice for Lacey,” he told Law&Crime in a phone interview on Monday. “Nobody needs to be treated this way.”

It was previously reported that Lacey lived with locked-in syndrome, but D’Aquilla told Law&Crime in a phone interview on Monday that Fletcher lived with a mental health issue that got progressively worse and the parents failed to step in. She had symptoms of autism when she was 16 years old.

“And then I think she didn’t want to get out of the living room, or get off the couch,” he said.

The family went to the doctor in appointments between 2000 and 2002, he said, and then had a follow-up appointment in 2010, in which the parents said their daughter was getting more reclusive. D’Aquilla said they could have found ways to step in, such as going to the coroner to get Lacey committed for treatment.

“I guess the parents just got accustomed to it,” he said, but added he did not know how anyone could get accustomed to the feces on her. He also said that Lacey’s bedsores were all the way to the bone.

The Fletcher parents’ attorney Steven Moore has said the couple was not invited to Monday’s grand jury hearing.

“They don’t want to relive the pain of losing a child through the media,” he told WBRZ in a report last week. “They have been through a lot of heartache over the years. Anyone who had lost a child knows what it’s like.”

Beyond this, Moore declined to answer any more questions to the outlet. He did not immediately respond to a Law&Crime request for comment.