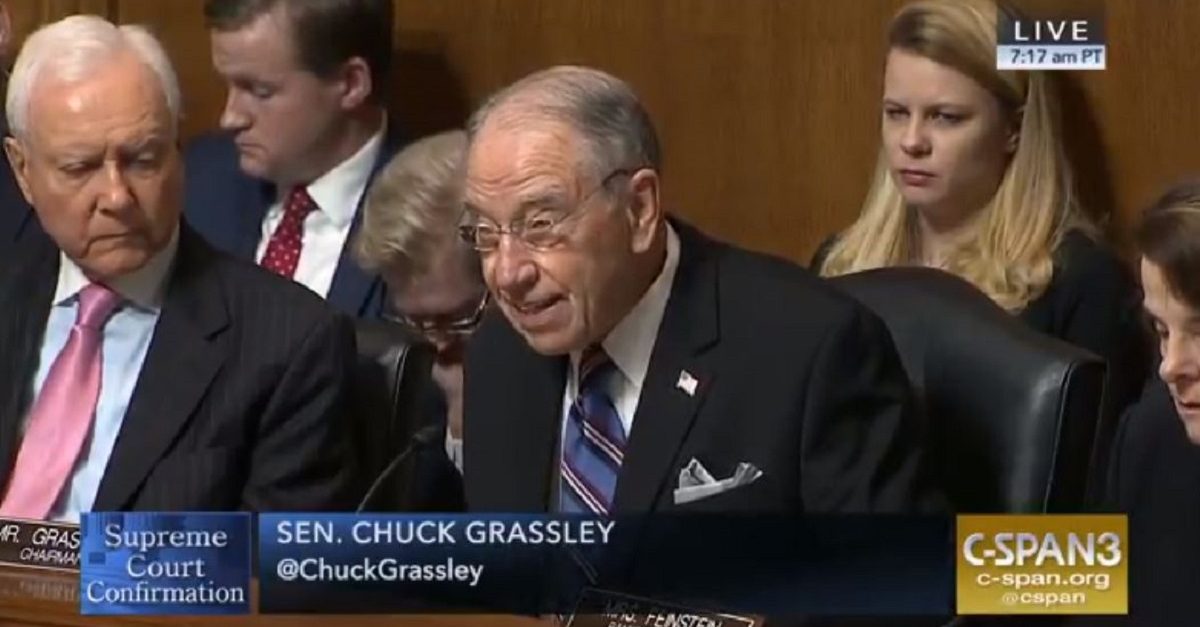 Trump last month ousted State Department IG Steve Linick, simply stating that he “no longer” had the “fullest confidence” that he could continue to perform his duties. In April, the president fired Intelligence Community IG Michael Atkinson using the same rationale.

“I’m placing holds on 2 Trump [administration] noms until I get reasons [for] firing 2 agency watchdogs as required by law,” Grassley, the most senior Republican member of the Senate and so-called “patron saint for inspectors general,” tweeted. “Not 1st time I’ve raised alarm when admins flout IG protection law, Obama did same & got same earfull from me. All I want is a reason [for] firing these [people]. CHECKS & BALANCES.”

Miller, the Deputy Assistant Secretary of Defense for Special Operations and Combating Terrorism, was nominated in March to be the director of the National Counterterrorism Center in the Office of the Director of National Intelligence (ODNI).

Billingslea, who’s been the Assistant Secretary for Terrorist Financing at the U.S. Department of Treasury since June 2017, was nominated in April as the Under Secretary of State for Arms Control and International Security Affairs.

In a May 18 letter to the president, Grassley wrote that the statute governing the removal of inspectors general made clear that “an expression of lost confidence, without further explanation, is not sufficient to fulfill the requirements of the IG Reform Act.” Some have noted, however, that “lost confidence” language mirrors the language used by former President Barack Obama when he fired Gerald Walpin as the Corporation for National and Community Service (CNCS) IG in 2009.

Legal experts said that, unlike halting judicial nominees, the Grassley move wasn’t likely to be a catalyst for any immediate action from the administration. Others suggested that it was a move in the right direction.

“Hey look—Senators not only *have* leverage against the President that goes beyond expressing concern in the press, but some of them even know how to use it,” wrote University of Texas law professor Steve Vladeck.

Hey look—Senators not only *have* leverage against the President that goes beyond expressing concern in the press, but some of them even know how to use it. https://t.co/cjiL5Wzh5G

Well, that's … something, I guess https://t.co/CtIuK7l4QO

In a prior administration, placing a hold on nominees for the relevant agencies would have some symbolic juice. But the idea that Donald Trump knows or cares who is the undersecretary for arms control and international security is a farce.

This is NOT enough. The last time Grassley put a hold on some random Trump nominee, it lasted nearly TWO years! If Grassley was serious it would be highest federal court nominations currently pending. That’s the only thing that will get Trump’s attention. https://t.co/daXMpVWIGh https://t.co/iT12YcJlGp