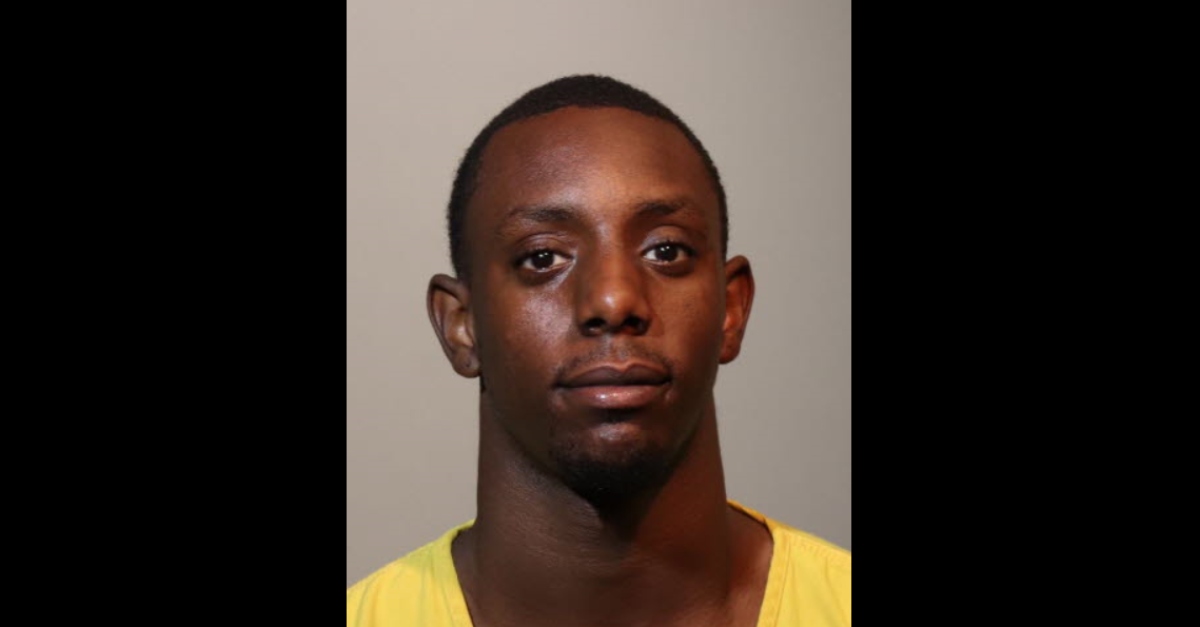 A man in Seminole County, Florida is accused of threatening to blow up a police station.

Daravius Toliver, 20, faces a count each of written threat to kill or injure, and threat to discharge a destructive device.

According to the arrest affidavit obtained by Law&Crime, the defendant tagged the Sanford Police Department in a post on Tuesday: “I wish y’all would try some shit I’ll kill all y’all n blow up the station.”

Authorities also singled out another post in which he allegedly wrote, “Spd pull up here boy boy ima Swiss cheese that bitch.”

Investigators said that the profile picture on the suspect’s Facebook account matched a previous booking photo for Toliver.

Police said they came into contact with him on Wednesday. An arrest was made.

The defendant remains at Seminole County Jail on a bond amount of $30,000. Records show no defense lawyer.

A first appearance was scheduled for Thursday at 2 p.m. EST.

Update – June 7, 9:47 a.m.: Toliver returned a Law&Crime request for comment regarding his side of the story, telling us that, “I didn’t mean any harm.”