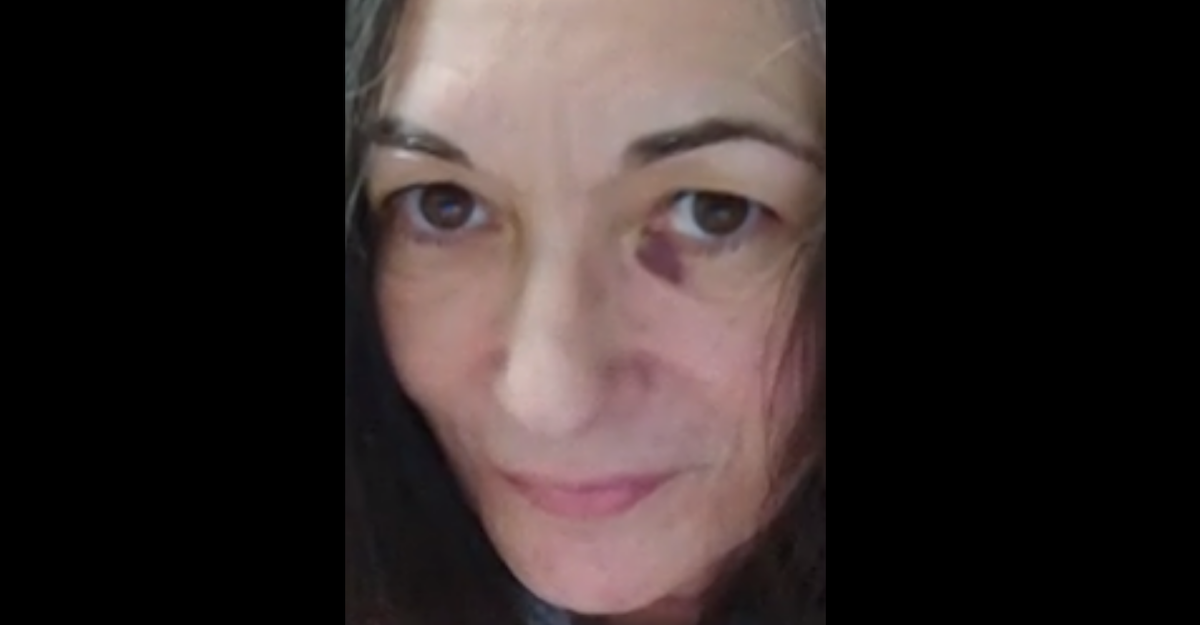 Ghislaine Maxwell’s attorney shared a photograph of her client with a “black eye” behind bars on Thursday in an effort to improve the conditions of her pre-trial lockup. Maxwell claims not to know how she got the shiner, and her lawyer asserts that she did not want to report it to correction officials for fear the jail would intensify its restrictive watch over her.

“Last night, she was confronted by MDC staff due a visible bruise over her left eye,” Maxwell’s lawyer Bobbi Sternheim wrote in a two-page letter, abbreviating Brooklyn’s Metropolitan Detention Center and calling the mark a “black eye.”

Maxwell claims that she first learned about it after catching a “reflection of her aching eye in the glean of a nail clipper.”

“At that point, MDC staff confronted Ms. Maxwell regarding the source of the bruise, threatening to place her in the SHU if she did not reveal how she got it,” the letter states, abbreviating the “special housing unit” usually synonymous with solitary confinement. “While Ms. Maxwell is unaware of the cause of the bruise, as reported to medical and psych staff, she has grown increasingly reluctant to report information to the guards for fear of retaliation, discipline, and punitive chores. However, there is concern that the bruise may be related to the need for Ms.Maxwell to shield her eyes from the lights projected into her cell throughout the night.”

The reference to the lights in her cell alludes to the close watch corrections officers have kept on her, initially justified by suicide watch.

A three-judge panel of the U.S. Court of Appeals for the Second Circuit recently heard Maxwell’s lawyers complain that this status has meant spot checks on their clients with flashlights every 15 minutes in her cell, which her lawyers say interfere with her sleep and her ability to prepare for trial this July.

“Everybody? They do that to all inmates?” Sullivan asked earlier this week.

Despite the panel questioning Maxwell’s conditions of confinement, all three judges promptly denied her request for pre-trial release. Maxwell’s previous bond requests failed three times in the courtroom of U.S. District Judge Alison Nathan. The appellate court’s single-page summary order on Tuesday allowed Maxwell’s counsel to take those complaints to the trial judge: “To the extent [Maxwell] seeks relief specific to her sleeping conditions, such request should be addressed to the District Court.”

Sternheim took the panel up on that invitation.

“We press our concerns regarding disruption of Ms. Maxwell’s sleep and the deleterious effect sleep deprivation ishaving on her health,well-being,and ability to prepare for and withstand trial,” Sternheim wrote.

Prison officials may be anxious to keep her safe before trial in light of what happened to Jeffrey Epstein, who turned up dead in Manhattan’s Metropolitan Correctional Center—just across the river from Maxwell’s facility—in August 19.

But Maxwell’s lawyers have hammered home the point that their client is not Epstein.

“The myth that Ms. Maxwell’s conditions of confinement are related to her being a suicide risk was laid to rest during the oral argument: There is nothing to support that contrived claim,” Sternheim wrote.

Circuit Judge Pierre Leval, a Clinton appointee, both empathized with and questioned the level of scrutiny: “The Bureau of Prisons doesn’t want to risk another embarrassment to itself, which is understandable in the part of the Bureau of Prisons, but it’s perhaps unnecessary.”

Maxwell faces charges of sex-trafficking, perjury and grooming and abusing girls for Epstein’s predation. She pleaded not guilty to all of the counts at her recent arraignment.

Shortly after Maxwell’s counsel submitted the letter revealing the photograph as an exhibit, Judge Nathan responded with questions for the government about the jail’s policies. She asked whether it is true that Maxwell has been subject to 15 minutes every night, and if so, what was the justification. The judge also asked if Maxwell could be provided with an eye covering to help her sleep.

Judge Nathan’s notation did not mention the “black eye” mentioned in the letter, but her brother Ian Maxwell released a statement reacting to the news.

“I am shocked my sister’s guards didn’t immediately refer her for proper medical care,” that statement read. “Instead they bullied and harassed her, effectively blaming the victim. The simple solution is to review the round-the-clock security camera footage to see what may have occurred. Apart from whatever happened in this ‘House of Horrors,’ I can report that Ghislaine’s family and friends continue to support her.”

Update—April 29 at 4:49 p.m. Central Time: This story has been updated to add Judge Nathan’s questions to the government, in response to Maxwell’s letter.

Update—April 30 at 8:43 a.m. Central Time: This story has been updated to add a comment by brother Ian Maxwell.

(Screenshot from Maxwell’s letter to the court)