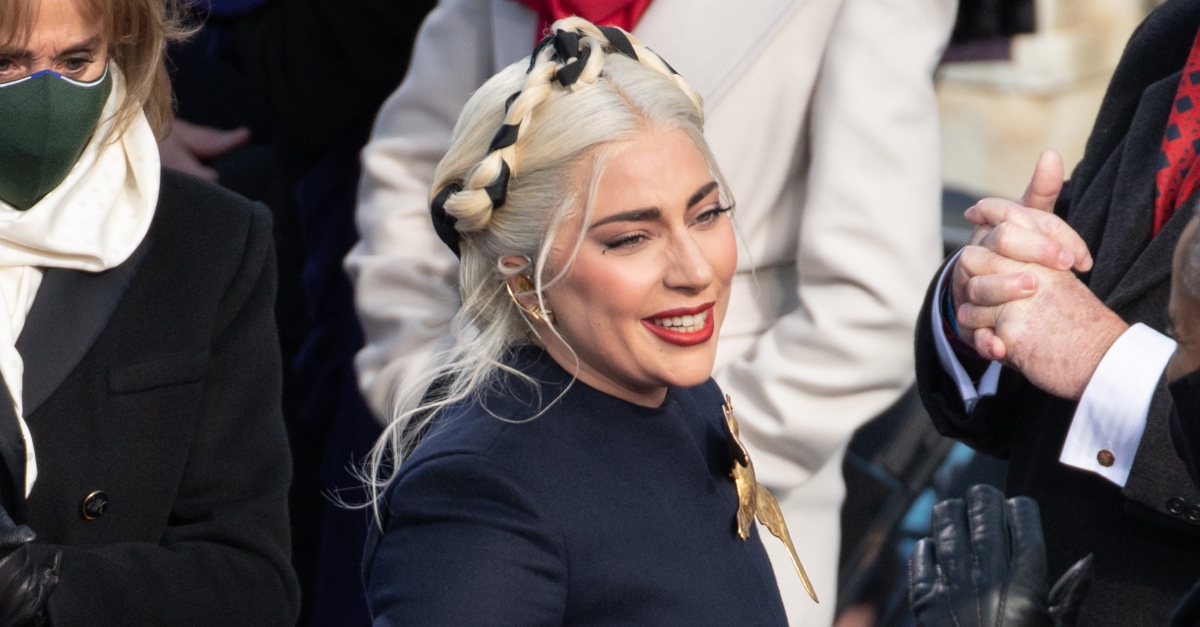 Five people were arrested Thursday in the shooting of singer Lady Gaga‘s dog walker Ryan Fischer and in the related dognapping of the singer’s two French Bulldogs, Koji and Gustav.  That’s according to a news release by the Los Angeles Police Department.

“The investigation revealed that James Jackson, Jaylin White, and Lafayette Whaley were involved in the robbery and shooting of the victim,” the police news release said. “Detectives do not believe the suspects were targeting the victim because of the dogs’ owner. However, evidence suggests the suspects knew the great value of the breed of dogs and was the motivation for the robbery.”

“Harold White and Jennifer McBride were determined to be accessories after the initial crime,” it continues. “McBride reported that she found the dogs and responded to the reward email to return the dogs. She ultimately brought the dogs to LAPD Olympic Station. Detectives were able to establish McBride had a relationship with the father of one of the suspects, Harold White.”

Grainy nighttime surveillance video of the Feb. 24 dognapping and shooting, which was disseminated earlier by TMZ, showed what appeared to be a white sedan pulling up next to Fischer. Two people emerged from the rear passenger seat of the vehicle and attacked Fischer as he yelled for help. The attackers took two of the dogs into the rear seat of the vehicle after a gunshot rang out. The car sped off less than fifty seconds after the attack began. Fischer was left on the sidewalk.

Lady Gaga offered a $500,000 reward for the dogs. The reward was never paid, TMZ said while reporting the arrests, because police were suspicious of the woman who reported the animals were found.

My beloved dogs Koji and Gustav were taken in Hollywood two nights ago. My heart is sick and I am praying my family will be whole again with an act of kindness. I will pay $500,000 for their safe return. Email [email protected] to contact us. pic.twitter.com/3NY9u7Mw2K

If you bought or found them unknowingly, the reward is the same. I continue to love you Ryan Fischer, you risked your life to fight for our family. You’re forever a hero.

A third dog owned by Lady Gaga was present but was not taken.  It ran off but returned to the scene.

Here’s how the LAPD described the events which led to the dogs being returned:

The woman found the dogs and reached out to Lady Gaga’s staff to return them. The woman’s identity and the location the dogs were found will remain confidential due to the active criminal investigation and for her safety.

The victim is listed in stable condition after the shooting, and his injuries were described as being non-life-threatening.

LAPD Robbery Homicide Detectives will continue to investigate to ensure the persons responsible are ultimately arrested and brought before justice.

This report, which began as breaking news, has been updated.