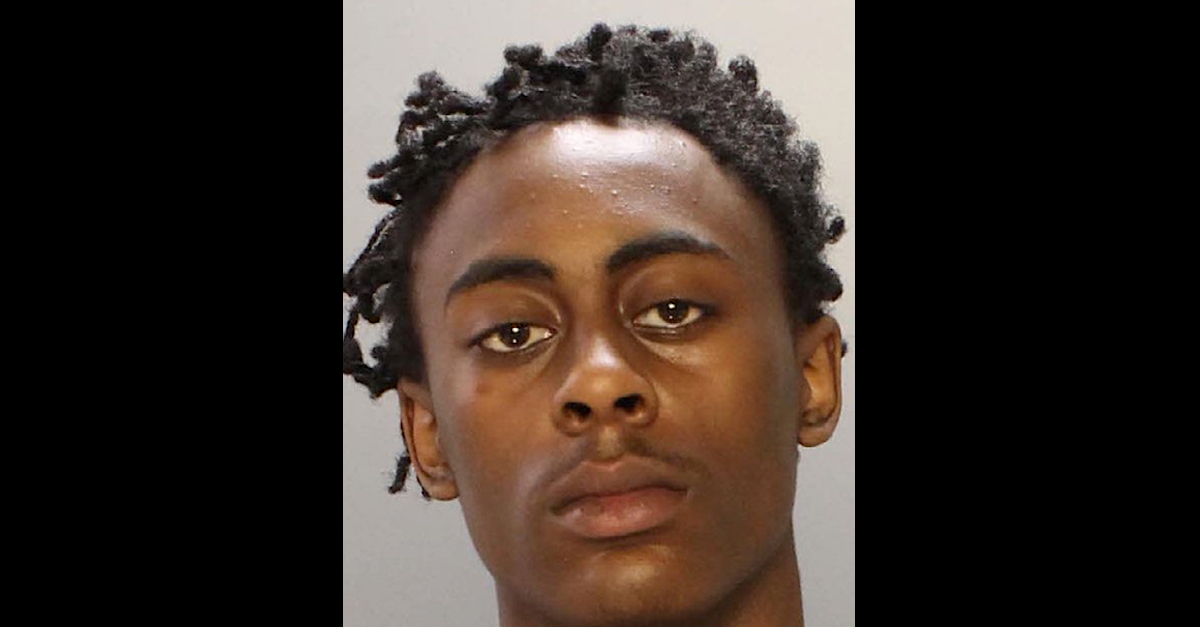 A 16-year-old male from Philadelphia faces charges in connection with four separate murders which occurred over the span of several months. The killings occurred between Christmas Eve, 2020 and March 18, 2021, according to a report from NBC affiliate WCAU-TV. One of the killings happened — of all places — outside a prison, ABC affiliate WPVI-TV said.

According to court records, defendant Ameen Hurst is charged in six separate cases filed on March 31, April 21, and April 29. In total, Hurst faces a whopping 32 separate counts. Here’s the rundown:

Case MC-51-CR-0007506-2021 (eight counts): murder, conspiracy, carrying firearms without a license, possession of a prohibited firearm, carrying firearms in public in Philadelphia, possessing an instrument of crime with intent, recklessly endangering another person, and tampering with or fabricating physical evidence.

Case MC-51-CR-0007509-2021 (five counts, all of which are the same counts contained in case 7507 above): criminal attempt at murder, conspiracy, aggravated assault to cause substantial bodily injury or with extreme indifference, simple assault, and recklessly endangering another person.

On March 11, four people were shot at around 3:00 p.m. on North 76th Street between Woodbine Avenue and Malvern Avenue. Naquon Smith, 24, was dead by 3:12 p.m. Tamir Brown, 16, died later that evening.  Two additional victims were in critical condition but have apparently survived. They were both 19 years old when they were shot. Social media reportedly helped the police link Hurst to the March 11 cases.

The final killing occurred on March 18. Victim Rodney Hargrove, 20, was gunned down an hour after his father bailed him out of Philadelphia’s Curran Fromhold Correctional Facility at 1:00 in the morning. Hargrove waited for family to pick him up at a bus stop near the jail, then ran back to the facility with a vehicle chasing him. He was killed just “feet from the raised gate” of the complex.  The Philadelphia Police Department said at a Wednesday gun violence briefing that they believe “Hargrove was killed in a case of mistaken identity,” as WPVI put it. An internal security probe is trying to figure out why the jail’s gate was raised when Hargrove ran back.

Hurst has been in custody since March 20. He is being charged as an adult.

Attorney Lee Mandell, who is listed as Hurst’s attorney in various court records, said he had “no comment” when reached by WCAU.

CBS affiliate KYW-TV put things into broader perspective:  as of midday Wednesday, a total of 159 people had been shot, many of them killed, in Philadelphia so far this year.

“Just Tuesday night, as many as seven shootings happened within a two-hour span,” the station noted.