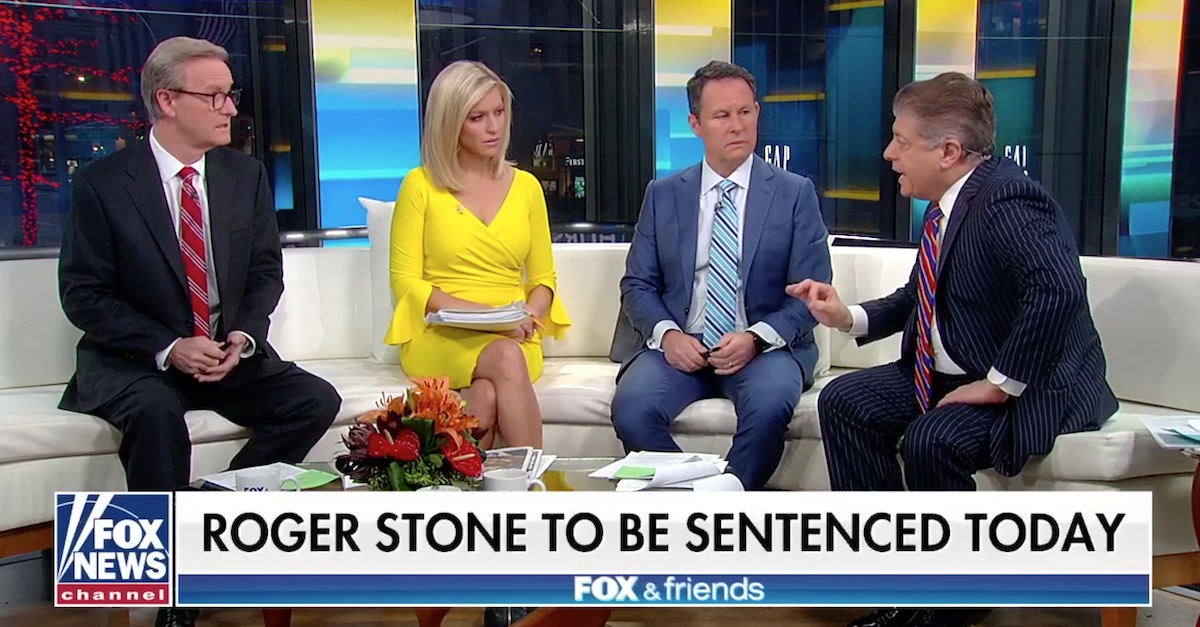 Napolitano appeared on Fox & Friends on Thursday and began his commentary by saying that it’s “almost unforgivable” that U.S. District Judge Amy Berman Jackson is going to sentence Stone without addressing the jury foreperson controversy and the mass resignations by prosecutors in this case.

Notably, Judge Jackson did decide the sentencing would proceed as planned on Thursday, despite the defense’s protestations. Importantly, the result of that sentencing will not go into effect until after the judge decides if Stone ought to receive a new trial, as his defense and supporters maintain.

“I’m suggesting he might pardon Roger Stone–today. Because the minute he signs that pardon this judge is divested of jurisdiction in the case,” Napolitano said.

That’s probably music to the ears of the more than 150,000 people who have signed on to a”Pardon Roger Stone” petition. Trump has said the Stone case is “totally out of control and perhaps should not have even been brought.”

Trump claimed days ago that he hasn’t thought about pardoning Stone, but he did tweet a clip of Fox News host Tucker Carlson calling for a pardon after midnight.

Stone’s sentencing is scheduled to begin after 10 a.m. on Thursday.