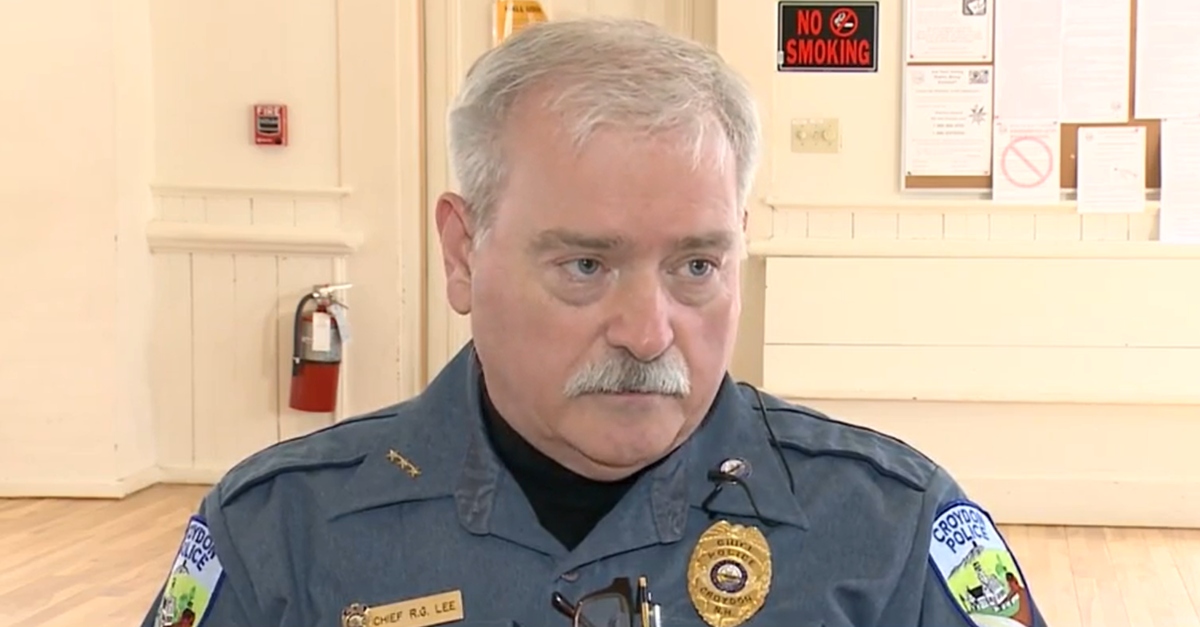 It’s never fun to lose your job. It’s an emotional time. There are a lot of ways to act: some good, some bad. Police Chief Richard Lee said he responded by stripping down to his underwear and boots.

The incident reportedly happened Tuesday in Croydon, New Hampshire. The three-person town board voted 3-0 to dismantle the one-man police department.

“What can I do?” Lee told Valley News about what he thought when he heard the vote. “I’m done.”

He claimed Selectboard Chairman Russell Edwards told him to turn over his uniform and the police cruiser keys “immediately.” So that’s what he did. In his story, Lee took off his uniform so that he was only wearing his boots, underwear, a baseball cap, and two shirts. According to him, Edward said that he didn’t need to disrobe then and there. He could give back the uniform later. Lee said no.

The now-former chief told My NBC 5 that he denied offers for a ride home from townspeople.

Lee lived about seven miles away. He started walking home, but his wife managed to pick him up after almost a mile. Records show that temperatures in Croydon reached only a high of 30 degrees, and fell to a low of 13.

“At the Select Board Meeting of February 18, 2020 the Croydon Select Board, voted to dissolve the Croydon Police Department,” Croydon Selectboard Chairman Russell A. Edwards said in a statement provided to Law&Crime. “The minutes of the meeting are public record and are available at the town clerk’s office and Coniston Store in Croydon.”

Documents were provided to Law&Crime. These included the minutes of the Tuesday meeting, in which the Selectboard voted to abolish the police department and give Lee a month of severance. Notes also referenced criticism of the police chief. This includes that speeding in the town hasn’t been decreasing, and that the department hasn’t responded fast enough, if at all, compared to nearby police forces.

The documents did not address the chief’s reported reaction to being fired.

Lee’s job has been in trouble for a while. Town residents voted 48-36 last year to phase out the local police department, and to contract with police in Newport, according to Valley News. There had been criticism regarding how Lee prioritized his time, and there were other issues, said then-Selectman Gary Quimby, who resigned soon after. Other residents helped Lee keep his job, however. That, of course, all changed on Tuesday. Now the town plans on increasing the presence of state police.