Former FBI Lawyer Defends Origins of Russia Probe: ‘I Just Became Sick of All the B.S. That Is Said’ 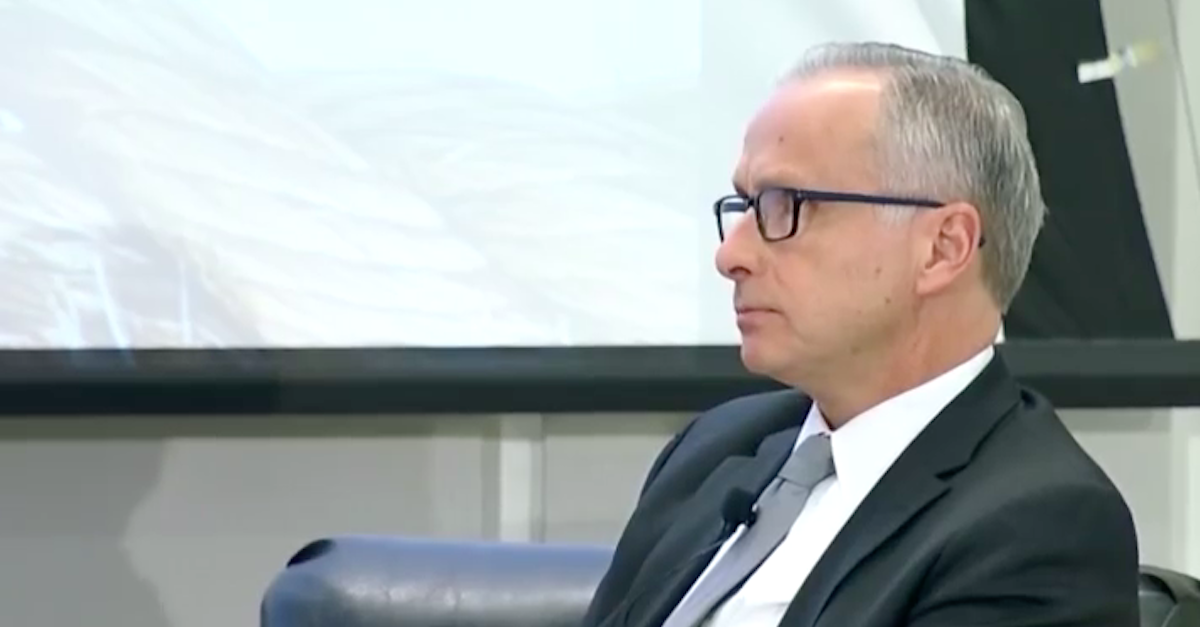 Former FBI General Counsel James Baker, who has been under criminal investigation for media leaks, said during a Brookings Institution event in Washington, D.C. on Friday that he was speaking out because he “just became sick of all the B.S. that is said about the origins of the investigation.”

“In some ways maybe I think it’s stupid for me to be here,” he said. “But honestly, there was a point in time relatively recently where I just became sick of all the B.S. that is said about the origins of the investigation – and I just got fed up with it.”

To give you an idea of how Baker figures into the Russia probe, he was previously grilled about conversations between Deputy Attorney General Rod Rosenstein, fired FBI Deputy Director Andrew McCabe, and fired FBI lawyer Lisa Page about possibly wearing a wire to record President Donald Trump or invoking the 25th Amendment to remove him from office. The conversations were said to have happened in the immediate aftermath of then-FBI Director James Comey‘s firing.

Baker told House Judiciary Committee Republicans on the first day of October 2018 testimony that he did not think the 25th Amendment or wire-wearing conversation was a joke. On day two of that testimony, he revealed that, actually, these were just one or two on a “list” of options. He also confirmed that the conversations happened after Comey was fired but before Special Counsel Robert Mueller was appointed by Rosenstein as Special Counsel.

On Friday, Baker bristled over the idea that investigation was tainted in any way by politics.

“I want to talk about the origin of the investigation to reassure the American people that it was done for lawful legitimate reasons and was apolitical throughout in my experience,” he said.

Baker said that it was not the unverified Steele Dossier that got the FBI’s serious attention, but George Papadopoulos allegedly bragging about dirt on Hillary Clinton.

Former Trump foreign policy adviser Papadopoulos pleaded guilty to making false statements during a January 27, 2017 interview with the FBI. The topic?  His communications with professor Joseph Misfud, who had ties to the Russian government and who discussed the aforementioned “dirt” on Clinton.

According to a court document signed by Papadopoulos, he was in communication with the professor after assuming his role within the Trump campaign, and met with him in London to discuss the supposed dirt on Clinton and a connection in the Russian Ministry of Foreign Affairs. The 14-page statement of offense paints a clear picture of alleged ties between the Trump campaign and the Russian government. It pointed to evidence that this individual, in his capacity as a member of the Trump campaign, had repeated contacts with Russian nationals with the purpose of soliciting “dirt” on Clinton.

Papadopoulos did time for lying to investigators, but has insisted ever since that he was framed — perhaps even by “compromised” lawyers who represented him.

“It’s a very complicated story,” Papadopoulos said. “There’s been such misunderstanding and misrepresentation about who George Papadopoulos is.”

He suggested that he regretted pleading guilty.

“I have new counsel for a reason. I believe my old counsel was possibly compromised,” he said.

For Baker, the Papadopoulos link was the “nugget of information that got everything going.”

“It would have been a dereliction of our duty not to investigate this information, again, given the fact that we’d been focused on the Russians as threat actors for a long time, given what was going on with respect to email dumps and hacking,” Baker said.

Baker also defended the FBI’s receiving of the unverified information contained in the Steele Dossier.

“Steele, at the time, it was my understanding that he was thought to be a reliable source that had a prior relationship with the FBI and brought this information to us,” he said. “People come to us for lots of different reasons and so the FBI has an obligation to both take that seriously and be highly skeptical of the information as well, because people come to us with agendas.”