LAPD: More Than 1,000 Firearms Seized from Home of Alleged Gunrunner 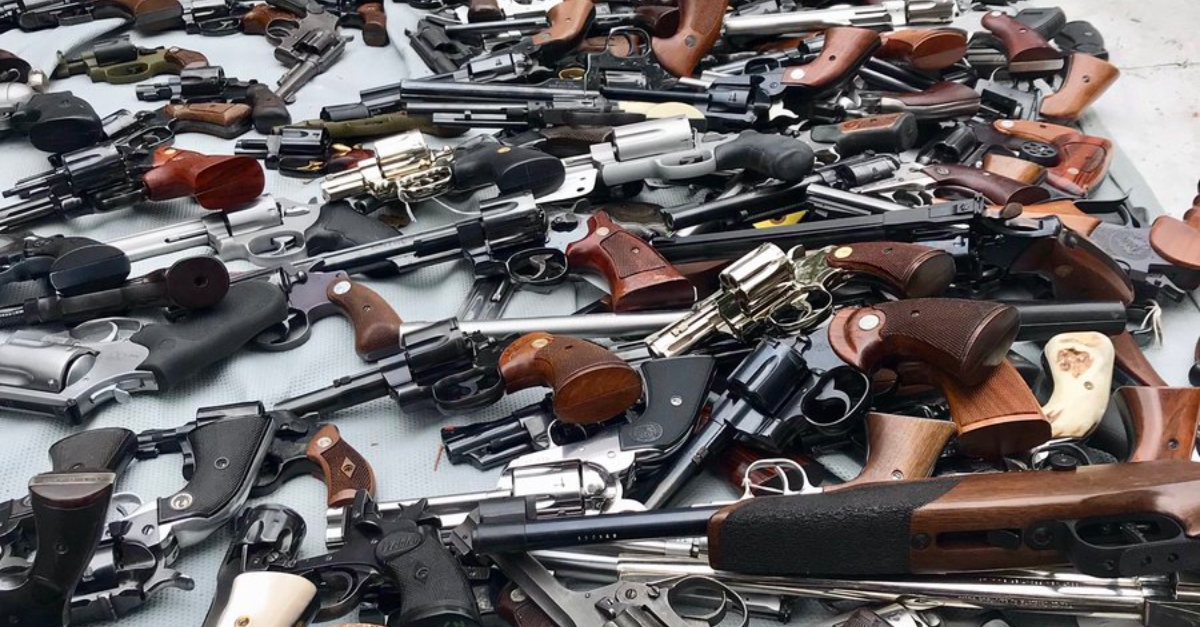 More than 1,000 firearms were seized from the home of an alleged gunrunner in Los Angeles, California, according to police. Girard Damien Saenz, 56, was arrested Wednesday for allegedly possessing, selling and manufacturing assault weapons.

Over 1,000 firearms & one person arrested for 30600(a) PC, in one of the largest recoveries in LAPD history. How did this happen?

The LAPD & ATF received info that a person was selling & manufacturing illegal firearms, which led to a search warrant in a Holmby Hills residence. pic.twitter.com/9kWq4vuFnb

Saenz was arrested under a state law prohibiting the illegal possession, manufacture, and sale of assault weapons by people. Here’s how the law reads:

30600. (a) Any person who, within this state, manufactures or causes to be manufactured, distributes, transports, or imports into the state, keeps for sale, or offers or exposes for sale, or who gives or lends any assault weapon or any .50 BMG rifle, except as provided by this chapter, is guilty of a felony, and upon conviction shall be punished by imprisonment pursuant to subdivision (h) of Section 1170 for four, six, or eight years.

Suspect has been identified as Girard Saenz. He shows up on property records alongside Cynthia Beck, former mistress to Gordon Getty, one of the world’s richest men. We’re live at 11 @ABC7 https://t.co/21aaEbZVzo

The firearms were seized from Saenz’s home in the upper-class neighborhood of Holmby Hills.

“I had never seen so many weapons in my career of 31 years,” LAPD Lt. Chris Ramirez said, according to ABC News. “That’s such a big arsenal in a residence like this, in this type of neighborhood. It’s astounding.”

The defendant is reportedly out on bond. It’s unclear if he has an attorney in this matter.