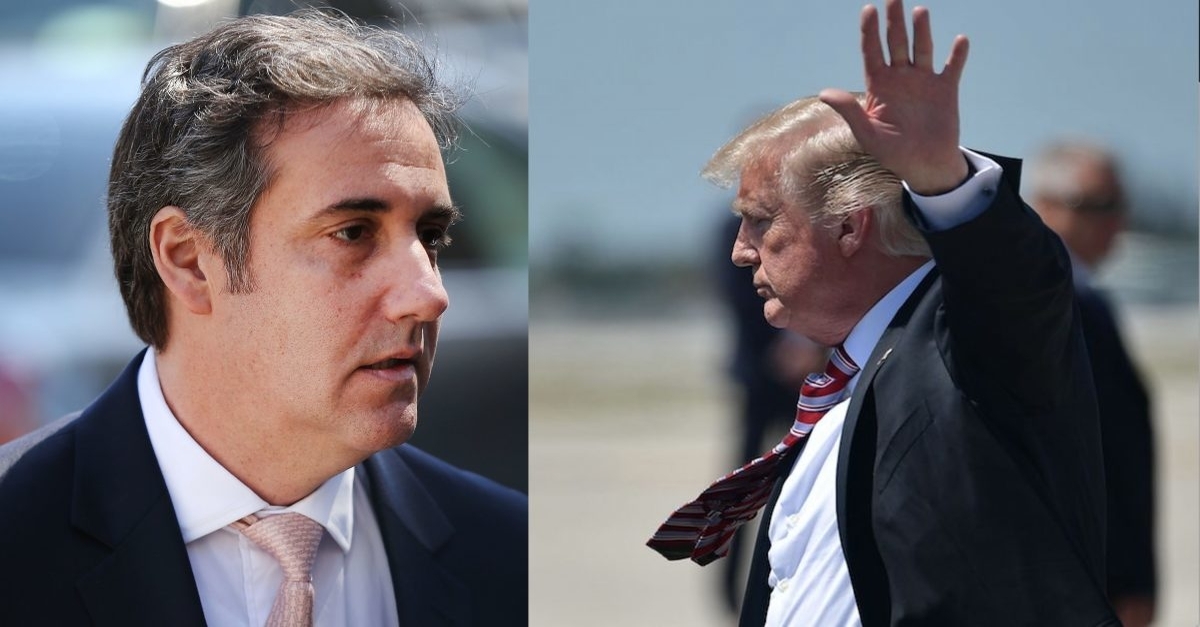 What does Michael Cohen‘s sentencing mean for President Donald Trump? Quite a bit, according to former acting solicitor general Neal Katyal. A bit more time in prison, that is.

Cohen was sentenced to 36 months in federal prison on Wednesday after pleading guilty to charges of bank fraud, tax evasion and campaign finance violations–along with a concurrent two month sentence for lying to Congress.

According to Katyal, those three years in stir may pale in comparison to what sort of prison time potentially awaits Trump.

“Sentence is bad news for Trump,” Katyal tweeted. “In most jurisdictions, subordinates who carry out felonies at the direction of their boss get lower criminal sentences than the boss. So if [campaign finance violations are a] big driver of [the] Cohen sentence, Trump [is facing more than] 3 years.”

As Cohen himself explained, the illicit hush money payments were made “at the coordination with and the direction of” President Trump. The basic principle of law is fairly simple here: if you commission someone to commit a crime and that person goes on to commit the crime you commissioned, both people are criminally liable.

Katyal’s suggestion that principals are often punished in excess of their subordinates over the commission of felonies also rings true. But at least one expert disagrees with Katyal’s logic here.

Iowa College of Law Professor Andy Grewal notes that federal election law codified under the Federal Election Campaign Act (FECA) is a bit more forgiving in terms of criminal liability–and so is the Department of Justice’s (DOJ) interpretation of this branch of law.

In an article which essentially argues ignorance of the law may be a fairly good excuse when it comes to campaign finance violations, Grewal writes:

FECA, according to the United States Department of Justice, operates differently. Most of FECA’s prohibitions…create criminal consequences only when a person “knowingly and willfully” commits a violation of the statute. And according to the DOJ’s standards, which may differ from the case law’s…this heightened mens rea standard means that a person must know that he is breaking the law to trigger a criminal prosecution, and must know about the relevant statutory duty: The “words [‘knowingly and willingly’] of specific criminal intent require proof that the offender was aware of what the law required, and that he or she violated that law notwithstanding that knowledge, i.e., that the offender acted in conscious disregard of a known statutory duty or prohibition.

In other words, if Trump didn’t know anything about FECA rules then he probably didn’t violate them. And this appears to be how the DOJ interprets the relevant statutes as well. Grewal cites the DOJ’s own manual when making his argument here.

“By the DOJ’s standards, if a defendant is unaware of FECA, she cannot commit a criminal violation of the statute,” Grewal notes. “Even if she negligently ignores the law or mistakes its requirements, no prosecution can properly follow. Instead, civil enforcement will correct any violations.”

Law&Crime reached out to Katyal for additional comment on this article but no response was forthcoming at the time of publication.