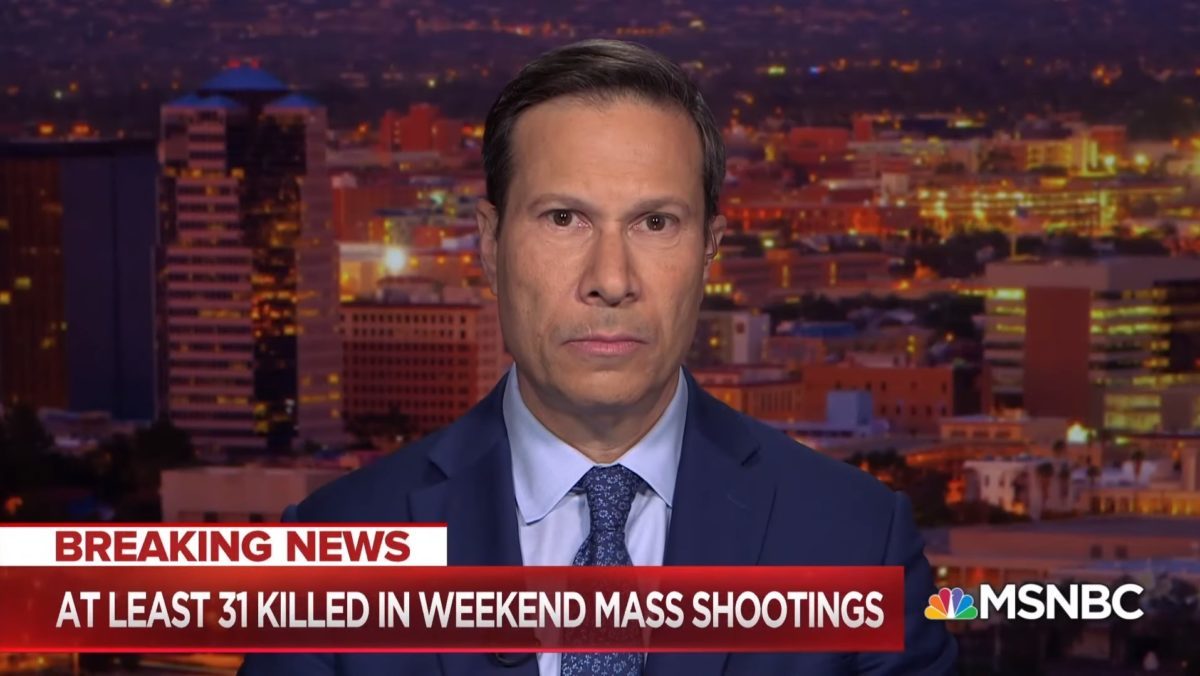 While appearing as a guest on MSNBC’s “The 11th Hour with Brian Williams” Tuesday night, Figliuzzi discussed the speech given by President Donald Trump in the wake of two mass shootings and why he believed the President’s rhetoric raised cause for concern.

“He spoke in the passive voice, in the collective voice – we didn’t hear first person from him – we didn’t hear ‘I condemn white hate ideology,’ we heard ‘the nation must condemn it,’” Figliuzzi said. “We didn’t hear what we needed to hear. So, what happens is the extremists interpret what the President read off a script today as something he needed to say, something he didn’t really want to say,” he said.

Figliuzzi went on to discuss that while he didn’t believe the President was intentionally succumbing to the desires of white nationalists, Trump’s lack of knowledge about their ideology may be inadvertently interpreted by them as a sign of support.

“It’s the little things and language and messaging that matters. The President said that we will fly our flags at half-mast until August 8, that’s 8/8. Now I’m not going to imply that he did this deliberately, but I am using it as an example of the ignorance of the adversary that’s being demonstrated by the White House,” Figliuzzi said.

“The numbers 88 are very significant in neo-Nazi and white supremacy movement. Why? Because the letter ‘H’ is the eighth letter of the alphabet, and to them the numbers 88 together stand for ‘Heil Hitler.’ So, we’re going to be raising the flag back up at dusk on 8/8,” Figliuzzi added.

Ann Coulter immediately took to Twitter, where she has more than 2 million followers, to mock the former FBI Assistant Director.

Figliuzzi responded by clarifying his statement and then calling Coulter the “craziest person on TV.”

“Dear craziest person on TV, listen carefully; I clearly said I’m not saying Trump did this deliberately, I’m saying he needs advice on how extremists will interpret raising the flag on 8/8. He needs advice on putting out the fire he started. Are you part of that solution?” he Tweeted.