Florida Nurse Pleads Guilty to Threatening to Kill Vice President Kamala Harris: ‘Someone Paid Me $53,000 Just to F*** You Up and I’m Gonna’ 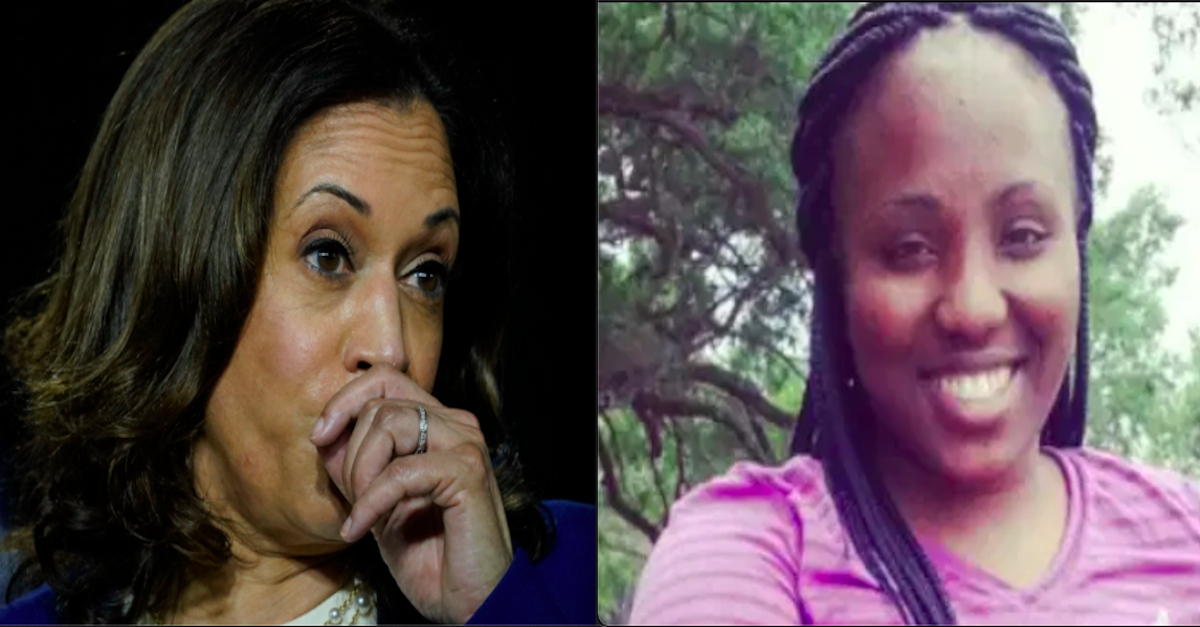 A former nurse in South Florida admitted in federal court on Friday to making multiple threats against the life of Vice President Kamala Harris in a series of profanity-laden videos sent to her jailed husband, the Justice Department announced.

Niviane Petit Phelps, of Miami Gardens, pleaded guilty in the U.S. District Court for the Southern District of Florida to six counts. The threats were traced to five 30-second videos—one of which showed Phelps saying she’d accepted $53,000 to carry out a “hit” against Harris—and two photographs she sent her husband in February. The 39-year-old mother of three is facing a maximum sentence of up to five years in prison.

As previously reported by Law&Crime, the U.S. Secret Service filed a federal complaint in April stating that Phelps sent the videos to the Wakulla Correctional Institution, a state prison in Crawford, via JPay, an app that allows those in lockup to exchange media with non-incarcerated people. Federal agents who reviewed the media files described them as depicting Phelps “speaking angrily to the camera about her hatred for President Joe Biden and Vice President Kamala Harris, among others.”

On Feb. 18, Phelps provided an even more detailed description of what she allegedly planned to do to the vice president.

Phelps also appeared to actively take steps to follow through on her assassination plans, sending in an application on Feb. 22 for a concealed weapons permit, per the complaint.

USSS agents and detectives from the Miami-Dade Police Department attempted to interview Phelps at her Miami Gardens home in early March. They recognized Phelps as the person from the videos, some of which were filmed in the residence by her while others were filmed by her children. She also confirmed that that she planned on getting a gun in the near future.

“However, Phelps’s daughter, who was in the room during the interview, stated, ‘Didn’t we say we were going [to D.C.]?” the complaint said.

Agents also said Phelps “expressed how she believes Kamala Harris is not actually ‘Black’ and how during [the presidential] inauguration Kamala Harris disrespectfully put her hand on her clutch purse instead of the Bible,” which is false.

Phelps’s mother, Herodia Petit, told Miami ABC affiliate WPLG-TV in April that Phelps may have believed former President Donald Trump would have gotten her husband out of jail if he was elected to another term. U.S. presidents are not able to grant pardons to state inmates as that power rests with state governors.

The Jackson Memorial Medical Center, where Phelps was most recently employed as a licensed practical nurse at the Ambulatory Care Center, terminated her employment after more than 20 years.

Phelps is scheduled to be sentenced on Nov. 19. Her attorney, Scott Saul, did not immediately respond to an email from Law&Crime, but he told the Miami Herald that his client was “just venting as she was going through a tumultuous time in her life.” He said she would not have actually followed through on her threats.

[image of V.P. Harris via Drew Angerer/Getty Image and Twitter]